1. What are the Ukrainian lands lost in the Commonwealththe war with the Ottoman Empire? 2. What were the consequences for RuinsRight Bank?

1. Cossack Revival structure. After loudvictory of Polish King of Vienna in 1683 war with the OttomanEmpire to the Commonwealth is not the end. Poland continued to fight forUkrainian lost ground and as it turned out, without the Cossacks was impossible. Morein 1674 Colonel Oleg Podolsky Gogol was appointed temporarily appointedHetman. In his authority passed Mogylivs'kyi, Bratslavsky, and KalnytskyyUmanskyy shelves. In 1676 Polish Sejm has decided to holdCossacks in the service not only for their military use, but "asRepresentatives of the Commonwealth domination in Ukraine. Since mostRight Bank was under Turkish rule, the Polish government has allocated to the Cossacksland in Kiev still alive. In 1678 new Cossack leader was Miron.He sought to expand the boundaries of as many Cossacks stay and fix thisterritory of the gentry. The last led to conflict and deprived of power by Myron. Butlong. Hetman A. Grave (1684-1689 biennium) assigns his peremptoryHetman of Polesie.

Meanwhile, Jan Sobieski understood that no recoverytraditional Cossack economy and not create a complete systemCossack army, which would become in the way of Turkish and Tartar attacks. SoKing decided to legitimize the territorial lands of the Cossack army right bankNaddniprianshchyna. According to the Universal King (1684) and DietConstitution (1685) approved by the Cossacks liberties, freedom andprivileges, and allowed to colonize the land of the former right-bank of seven regiments(Chigirinskogo, Kanev, Korsunskogo, Cherkasky, Umanskoho,Belotserkovsky and Kalnytskoho).

The process of settling these lands were led by old honoredCossack Semen Paliy, Zahar spark Samus (Samiylo I.) and Andrew Abazyn. OnUnlike their predecessors, who relied mainly on militaryadventures item they preferred sedentary, agriculturalpopulation. Declared facilities attracted inhabitants Left Bank, settlersfrom other areas of the Right Bank, Galicia, immigrants from Belarus and Moldova.

On the territories defined by the Polishgovernment, was created four territorial Cossack regiments. There regimentspower belonged to the colonels, captains and other representatives of the administration. Onlocations spread norms of customary law and the Cossack. In cities and villagesCossack self-created authorities. Headed Cossack administrationacting hetman, who was appointed by the King. In 1689-1693 he peremptoryHetman was Grishko, and was succeeded by Samus.

Cossacks new regiments (2 thousand of which were written toregistry) were actively involved in the war with Turkey, by obtaining significantmoney from the Polish authorities. Strengthening of Cossacks led to escalating conflictof nobility that broke out in 1688 But so far was a war with Turkey,supremacy of the Commonwealth closed eyes on it.

2. Rebellion led by Semen Paliy 1702-1704 bienniumIn 1699 Commonwealth and the Ottoman Empire signed Karlovatsketruce. The same year, the Diet approved a decision to liquidate the Cossack HostOn the Right Bank. Hetman Samus and colonels were ordered to disband regiments.However, the Colonels refused to execute this order and started a fierceagainst Polish rule, which contemporaries called the "second uprising.At the head of this rebellion was Semen Paliy (Gurke).The program counter is in his words, he "stayed on the freeUkraine, and Rech no matter to this region, he was the only oneit has the right to dispose of a true Cossack Cossack hetmanpeople. 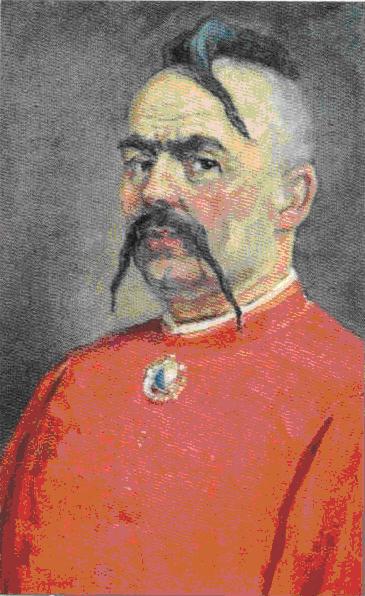 Semen Paliy (Gurke)born in early 1640-ies Borzna in town in the Chernihiv regionCossack family. He graduated from the Kyiv-Mohyla Collegium. Then he becameNijinsky Cossack regiment. Later was in Zaporozhye, which quickly becameauthority among the Cossacks and earned the nickname Paly. He served in Doroshenko. In1683 S. Paly head Cossack detachment, together with Poles fought underVienna. Jan III Sobieski called him a "hero Vienna. After returningfrom going Paliy settled on the Right Bank. When the Polish government announcedformation of Cossack regiments, piles along with several hundred Cossacks foundedRegiment, headquartered in m.Fastiv. Under his administration was in formerBelotserkovsky, Kanev, and Uman Chigirinskogo regiments. But thesewanted to return and land lords. Cossack traditions prevented the spreadserfdom, which caused conflict with the gentry. Eventually it came to the openconfrontation. The situation has heightened the conclusion of "Eternal Peace between Poland andMoscow, followed by the Right Bank remained within the Commonwealth. This underminedPaliy plans. For all its appeal to the king to take his hand under the Right Bank thatrefusal to answer, instead asking him to move on in January. S. Paly refused.In 1689 S. Paly with a detachment of Cossacks attacked Nemiroff, refugepro-Hetman Grishko. Take the city failed. The new Hetman wasSamus. Paliy arrested and imprisoned in the fortress city Magdeburg. For the year Cossackshe was released and he returned to Fastova, where he continued his policies.

The open struggle against Poland began in 1701by peasant unrest in Podolia and Bratslavshchina. Then covered the uprisingKyiv region and Eastern Volyn. On the side of the rebels went all right-bank shelves.

"Although the constitution Peace Diet1699 all the Cossack troops actually banned, vsetaky rebel Paliydoes not want to obey the laws and does not want to obey their orderspanivhetmaniv mercy and even conquered Fast belonging to the Kievbishop, and the rich earth. On these lands, he made himself at borderriver cock, Cossacks, his experience great distress, gives the winter andsummer shelter to poor people, plundering, that makes these raids that threaten ourbeloved homeland (Poland). Our province was the food for spoilers ...put on piles and his regiment marching to and most effective weremeasures such as strict laws last of the Diet to decidePaliy expulsion from our province and Fastova and that he was attractedaccountable for the crimes inflicted.

1. S. As responded piles on the Elimination of the CossacksPoland? 2. What steps required for Paliy S. Gentry?

Crown Hetman Yablonsky tried to capture in S. PaliyFastov, but to protect the city went all the residents. After an unsuccessful siege of the cityPoles retreated to the skirts, and the Cossacks Paliya territories captured almost allRight-bank Ukraine and drove from there gentry.

Summer 1702 revolt broke out with a bang,Rice gained natsionalnovyzvolnoyi struggle. In November, the rebels capturedPolish stronghold on the Right Bank - the White Church, and later Nemiroff. To suppressPolish uprising threw 15000th detachment under the command of Adam Senyavskis.The mutiny was quelled in Podolia and Bratslavshchina.

Development of the uprising took place in a very difficult external conditions. BightNorthern War. Commonwealth shared into two hostile camps: one led byStanislaw Leszczynski support from Sweden, the other - led by Augustus II -Russia. Objectively, the uprising was at hand Sweden, but the leaders of the uprisinghoped for support from Moscow and left-bank hetman.

Even before thePaliy rebellion appealed to the king, and to attach the proposal MazepaRight Bank. But Russia has not hesitated to violate conditions of "Eternal Peace"1686 Only in spring 1704 Russian troops on UkrainianCossacks, led by Hetman Ivan Mazepa, were to march on Poland toprovide assistance to King Augustus II in the fight against the Swedes.

Upon entry to the Mazepa Right Bank uprising washalted. Piles, as a possible contender for the hetman's mace wasarrested and the consent of the king exiled to Siberia. Right Bank of the earth find themselvesrunning Mazepa, who actually became the ruler of a united Hetmanate.These lands, he led a cautious policy. On the one hand, was increasedCossack regiments number to seven. All officers, except pile remained attheir positions, on the other - were punished by "rebels" and supported by the nobility.

In 1707 situation has changed dramatically. Swedish KingCharles XII made a rapid march against Poland, defeating Augustus II. PeterI found myself faced with a dilemma: annex the right bank and thus set againstPolish gentry themselves whether to leave within the Right Bank of the Commonwealth,supporting pro-Russian forces. He chose the latter, thinking that it is better to havePoland's pro-Russian forces in power and control the entire country, than get itpart and second part - hostile. But the rotation did not suitIvan Mazepa, who made a bid to Sweden, hoping to wrest from Russia andPoland throughout Ukraine. But defeat at Poltava Swedish troops in 1709crossed his plans.

3. Liquidation Cossack system on the Right Bank. Defeatrebellion S. piles and performance of Ivan Mazepa did not lead to the ultimate elimination ofRight Bank cossacks. In 1709 returned from exile P. Pale, whichBila Tserkva became a colonel. It gave new impetus to the establishmentCossack orders. But next year he died. 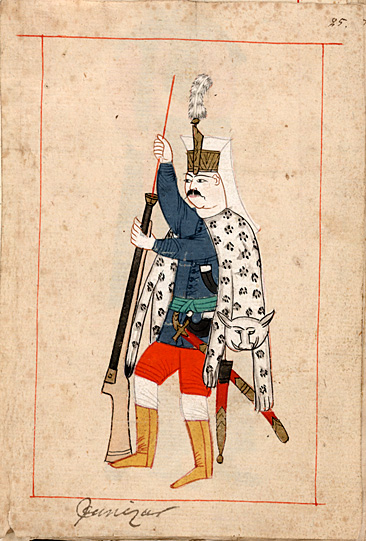 In 1711 Peter made an unsuccessful trip Prutskoagainst Turkey. For peace Prutsko Russia had to abandon claims onRight Bank and withdrew its troops from the territory. By order of Peter the Great Ukrainianpopulation began to huddle on the Left Bank. This process lasted until 1714

In 1712 The Polish Sejm decidedabolition of the regimental system on the Right Bank. In 1714 Russian troopsPoles handed the White Church, and right-bank balances regiments crossedacross the Dnieper. Poland finally regained its power on the Right Bank. However, theseland did not become "Wasteland". Starting with the 1720-ies began their intensivesettlement and revival. But this time not as the ultimate Cossacksrole in this process.

- The war in Turkey and Poland, which lasted in the last quarterXVII., Set the agenda on the revival of the Cossacks,would become a barrier raids of Tatars and Turks and promote economicrevival of the Right Bank.

- Establishment of the Cossack regiments in the Right-Bank Ukrainevidrodzhuvalo traditions of national state in the region. A largerole in this process belonged to S. piles, that the ultimate purpose of their activitythought liberation from oppression, noble and right-bank Ukraine RecoveryRight Bank and Left Bank of unity in a single Cossack state. This goalpursued and rebellion 1702-1704 biennium, which was provoked by the decision of the PolishDiet on the liquidation of the Cossacks.

- Despite the fact that for a time succeeded in unitingtwo parts of Ukraine, the international situation was not in favor of Ukraine. Finally the Right Bankremained within the Commonwealth, and the Cossack division of these lands have been eliminated.

1. Under what circumstances and when revived in the CossacksRight Bank? 2. Name the reason for rebellion natsionalnovyzvolnohoRight Bank in the 1702-1704 biennium 3. Tell us about the uprising. Under whatcircumstances and how it was suppressed? 4. When the Polish Sejm decidedCossack elimination system on the Right Bank? When this decision was made?