Peter (1672-1725) - King of Moscow (since 1682), emperor (from 1721). In domestic policy made a number of important reforms that were intended by technical and cultural Europeanization of the Muscovite state transform into a mighty empire. Conducted extensive aggressive foreign policy. With Ukraine purposefully conducted colonial policy.

seven Pale was born in the 30-40's of the XVII. in a small town in the Chernihiv region Borzna Meshchanskaya family. His father Philip was enrolled in a regiment of Cossacks Nijinsky during the National Liberation War. To register Nijinsky regiment got the time and Semen. Soon he found himself on the Host, and was given the nickname Paly (his real name - Gurke). In spring 1683 seven Pale squad led the Cossacks, who helped King Jan III Sobieski in the defense of Vienna from the Turkish troops. The importance of this aid by Jan III wrote in a letter which called Semen Paliy "Viennese hero. Returning from a raid, piles along with his Cossacks decided not to go to Host, and stay on the right bank of Ukraine and then combine it with the Left-Bank. Evidence of this is to expand government Fastiv colonel to major areas - the so-called. Paliyivschynu. In the last decades of the XVII - beginning of XVIII century. Pale was the owner of Kiev, Bratslavshchina, Eastern Volyn and itntralnoho skirts.

Hetman Mazepa's residence contained in Baturin. This city was capital of the Cossack well during Ivan and Demian Mnohohrishny Samoilovych. Baturin is on the high bank of the river Parliament - Desna tributaries. His time was divided into several parts of the fortified, surrounded by ramparts and wooden towers. The first historical information about a Ukrainian town belonging to the XVII century. Baturin in times of Polish rule had lived Magdeburg Law, which was confirmed also by Hetman.

When Hetman Ivan Mazepa Baturin rozbudovuvavsya on samples of Western European capitals. There were built luxury houses officers and majestic temples. Mazeppa personally votive construction of Holy Trinity Church and Monastery of St. Sava, the funds supported the construction of several churches. By order of Mazepa in Baturin was built new protective fortifications. In the capital of the Hetman cast guns, there was general armata (artillery). 1708 Baturyns'ka fortress had 70 guns.

Emergency education, life experience, be treated courteously Mazepa admired. Not surprisingly, and for Polish kings, and for the Ukrainian Hetman, and Prince Golitsyn - naykulturnishoyi rights in Muscovy - Mazeppa had great prestige and the most popular person among the Cossack elite. So his arrival as hetman in 1687 was completely natural.

Kolomaksky article Hetman government identified as an obedient tool in Ukraine for Moscow's policy to complete elimination of the Ukrainian state, many more "transparency" of Ukraine's borders with Moscow, as well as a gradual but steady " dissolution "among the Ukrainian population of Moscow.

With the support of Moscow

As for Ukraine, the Crimean march 1689 had a negative impact, because exacerbated internal situation of the Cossack state.

An important feature of

his domestic policy was to unite the land Left Bank, Right Bank, Zaporozhye and Slobozhanshchina in united Ukraine, which the newly elected Hetman uyavlyalasya as the state of Western European model with preservation of the traditional Cossack system.

Establishment of the Cossack elite

in the development of Ukrainian education, science, art, typography Hetman invested huge funds from the state treasury and its own, rightly believing that only in this way Ukraine can be compared with European countries.

effort to unite all Ukrainian lands under one mace, Mazepa never released from the Right-Bank Ukraine attention. 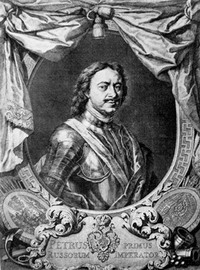 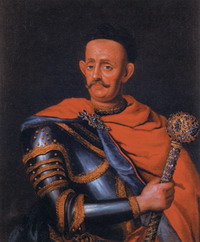 Portrait of Ivan Mazepa on the National Museum in Stockholm. Sweden 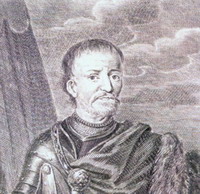 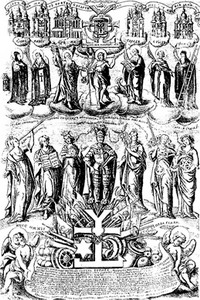 Eulogy in honor of Ivan Mazepa. Copper engraving I. Mihury. 1706 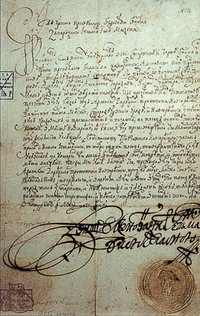 Universal Mazepa with his signature and stamp. Beginning of XVIII century. 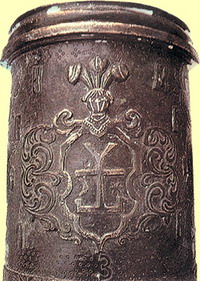 Coat of arms of Ivan Mazepa on the cannon 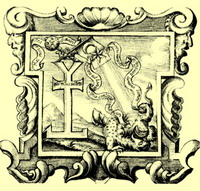 Coat of arms of Ivan Mazepa on the engraving in a book secular I. S. Jaworski. 1689 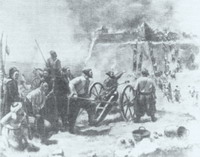 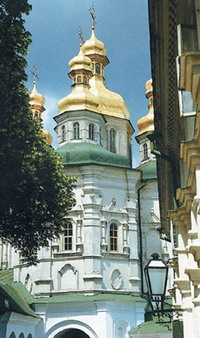 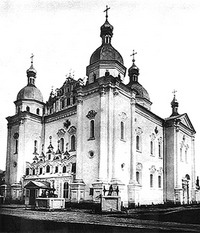 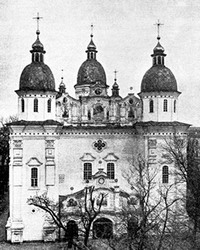