Defeatin ПershiyWorld War II led to the collapse of Austria-Hungary. October 25, 1918 inBudapest held demonstrations and rallies, where people demanded immediateconclude a peace separate from Austria and proclaim the Republic of Hungary.

Againstnight from 30 to 31 October in Budapest and Vienna at the same time broke Revolutionwhich result in the Austro-Hungarian Habsburg monarchy has been overthrown. 12November proclaimed the establishment of the Republic of Austria and 16 November -Hungary. 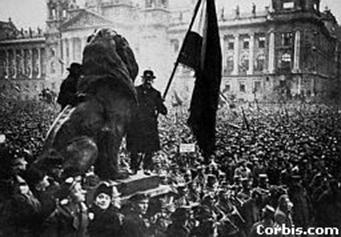 Proclamation of the Republic of Hungary

The first Hungarian government headed by Earl M. Caro, who led the revolution daysNCAA. Economic and political situation of the young republic was hard. PeopleWar has destroyed the economy, a significant number of businesses have closed, fastincreased inflation.

·   passed a bill on freedom of unions andfees, the creation of political organizations;

·   was announced for autonomynational minorities, but in reality it was realized not;

·   government drafted a law on landreform, under which the state could expropriate (Remove withoutcompensation) landlordsestates ranging from 200 to 500 holdiv (hold - 0,57 ha). Supposeddivide the land among peasants in areas of 5-20 holdiv, passed onconditions of leasing or buying eternal for 50 years. Nevertheless, the law made nowas.

AfterHungary signed a truce had to demobilize its armed forcesleaving only 8 divisions. Her attempts to retain Slovakia, Croatia,Vojvodina, ie it out to the Adriatic Sea and some other areas thatbelonged to the Hungarian crown, were unsuccessful. TerritorialHungary put forward claims to the neighboring countries, supported by the Entente.The internal situation in the country for spring 1919 exacerbated: manyenterprises were closed, increased inflation and unemployment. In the country pohlyblyuvaлася crisis.

InHungary had a strong influence of the Communist Party (CPU). It consisted mainly ofHungarian POWs who returned from Russia. It was headed by Bela Kun.Communists called for a socialist revolution and actively worked onexpand its influence in the councils that were created throughout the country. CrucialCommunists coming to power became, paradoxically, of the ultimatumEntente create in the eastern part of the country's "neutral zone" betweenHungary and Romania. Caro Government had the courage to take responsibilityfor the adoption of this requirement and suggested the Social Democrats to formone-party government. 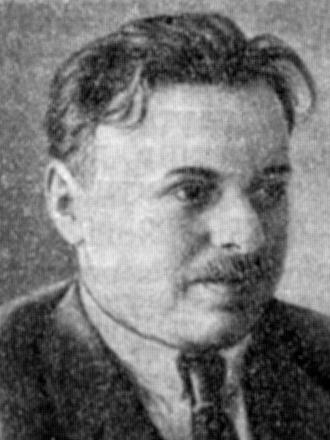 Social Democratsturned to the Communists with a proposal to combine their efforts. Morning of 21March 1919 peresylochnyh in prison, where the B. Kuhn and otherleaders of the Communist Party, began negotiations. B. Kuhn asked the Social Democratsunconditional acceptance of the CPU platform and a unified party. He alsoassured that through an alliance with Soviet Russia will be defeated majorHungarian opponents. In particular, Romania. The Social Democrats without debateagreed to these demands. The agreement, signed by leaders of the Communist Party and Social Democratic Party,recognized that they will participate in joint leadership of the United desksiyeyu and governance.The party that was called the Hungarian Socialist Party (SPU), saidon behalf of the proletariat she immediately takes all power in his hands.

"The proletariatexercise its dictatorship over of workers, soldiers and peasants ... Forthe rule of the proletariat against imperialism and to the Ententeconclude with the Soviet government of Russia closest military and ideologicalUnion "- noted in the statement of the party.

Togothe day the workers of Budapest disarmed the police and gendarmerie, tookmost important strategic points of the capital: railway stations, bridges over the Danube House,telegraph and telephone exchanges. The government passed into the hands of the Revolutionary Government Council(Ruhr).

ThisHungarian Soviet government headed by Sandor Harbayi in the pastSocial Democrat - centrist. Bela Kun was appointed People's CommissarForeign Affairs. Ruhr simultaneously performed and the role of the governing body of the SPU. Onfirst meeting of the Ruhr was adopted resolutions on the abolition of ranks and titles,elimination of government representatives, the separation of church and state. It wasnationalized or taken control of state banks, nationalizedorganization, which numbered more than 20 employees, as well as transport and trade,tenement houses in cities. To guide the economy created the Council of Nationaleconomy. In landowners seized land holdings of sizeholdiv exceeded 100. But they were divided between peasants and transferredin a cooperative manner to agricultural workers. This solutionthe agrarian question was false: malozemelni and landless peasants whowere 4 / 5 of all farms, not received long-awaited land. Alsowas erroneous nationalization of small craft shops, hairdressers, etc.

Exceptthis, the government introduced a new 8-hour day, increased wages,established paid holidays, universal social insurance in case of illnessand on accidents. Families of workers moved into the apartment bourgeoisie inconfiscated mansions housed kindergarten and nursery, at school or university educationzaprovadzhuvalosya training free of charge, and was to free medical care.In July republic partially corrected his mistake in dealing with agriculturalquestion about passing a law to give the landless rural areas up to2 holdiv. 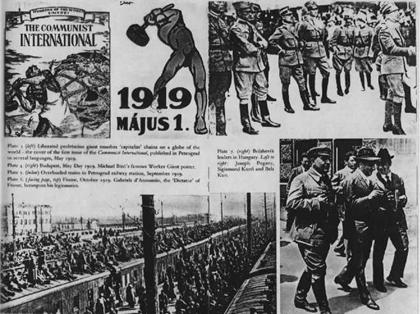 It was published interim constitution of the Hungarian Soviet Republicwhich was later adopted vseuhorskyy Congress of Soviets.

BetweenCommunists and Social Democrats in the Ruhr were serious contradictions. If the Communistsbelieved that the working class "should resort to the ruthless applicationdictatorship of the proletariat ", the Social Democrats as supporters strymanishoyipolicy prevented the possibility of legal adversaries of the Sovietpower.

Oncein a hostile environment (Czech, Romanian, Serbian, French troops), Ruhrthe main task organization considered the protection of territorial integrityrepublic, and the above measures were largely aimed atmobilization of all resources of the country. March 25 was established Hungarian RedArmy (300 thousand soldiers).

16April 1919 Romanian troops began military operations to seizeareas that they promised the Entente countries, 2 May, they took possessionTransylvania, came to 140 km from Budapest. And began anCzech-Slovak troops, by early May should control the Slovak Republicand Transcarpathia. 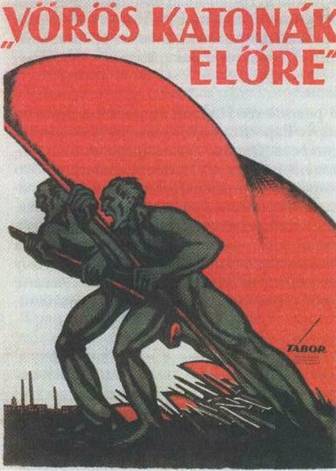 19May key interested parties went on the offensive against the Czechoslovak army and entered theSlovakia, which was declared a Slovak Soviet Republic.

Internalsituation of the Hungarian republic remained complicated. There was not enough foodand necessities, the number grew dissatisfied with the new regime(Farmers, owners, intellectuals). The new government started to apply against theiropponents of the "red terror" that has led, on the one hand, to the split inSocialists, on the other - to consolidate the revolutionary forces.

InBudapest garrison and in other parts of the country erupted in riots, which weresuppressed loyal government troops. In occupied by French troopsterritory of the former Austro-Hungarian admiralth Fleet M. Horthy began forming armedforces of counterrevolution.

13Clemenceau in June on behalf of the Paris Peace Conference demanded the ultimatekey interested parties to stop the offensive and withdraw it from Slovakia, promising instead to evacuateRomanian troops, acting on the eastern front. 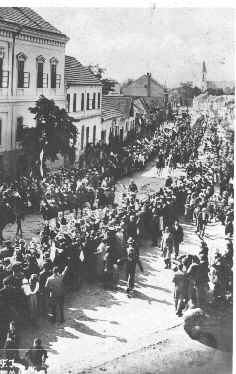 ThenJuly 20 key interested parties went on the offensive in order to reject the Romanian army, but throughconspirators in the Hungarian General Staff plan of attack became knownadversary. Romanian troops entered the counteroffensive.

DefeatKey interested parties, failed attempt to make the socialist revolution in Germany? impossibilitySoviet Russia to come to Hungary? pinned hopes on the HungarianCommunists, led to what Ruhr entered into negotiations with the countries of the Ententestop the war. B. Kuhn tries to raise the population against "traitors"was unsuccessful, and August 1 Ruhr resigned.

Newgovernment (trade union), where there was no Communist, again led Peydl.He abolished the revolutionary tribunals resumed police and courts. In Budapestentered the Romanian troops, disarmed the Hungarian Red Army."Union" government has been overthrown. The country came to power lawforces that were persecuted and eliminated participants Revolution legislationbreakdown of Soviet power.

14November 1919 after the withdrawal of Romanian troops from Hungary toHungarian army entered Budapest Admiral Horthy M., who actually set incountry of his dictatorship.

InJanuary 1920 the country has held elections to the National Assembly,March 1, 1920 agreed to restore the country's monarchy.Against such decision made by flatly Entente countries and successorsAustria-Hungary (Czechoslovakia, Romania, the Kingdom of Serbs, Croats andSlovenes). M. Horthy took advantage of this situation and has made a declarationregent with wide powers. 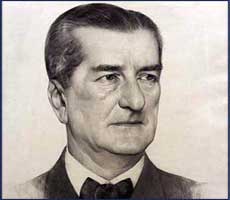 InJune 1920 Hungary signed the Trianon peace treaty, according towhich it lost 77% of the territory and 59% of the population. On it were placedobligation to pay reparations. Limited number of forces of 35 thousand

ByTrianon treaty country's economic losses were killing: 58%railways, 60% of the length of roads, 84% of forest resources, 29% coal. Onproduction loss is difficult to calculate because most industry in Hungary(Manufacturing, food, chemical, engineering) was concentrated in Budapest andnot had significant damage, but the new borders separated it fromsuppliers of raw materials and traditional markets, which made the Hungarianeconomy very vulnerable to the actions of neighbors.

In1921 supporters of the monarchy twice tried to raise a revolt in order torestore the throne of Charles IV of Habsburg until the National Assembly notpassed a law that deprived of his right to the throne. Thus in 1921 inHungary was established authoritarian Horthy regime, which relied on alegal system and secret societies and unions (the Union of Hungarians awakening ""Eksa" etc...)

2.      Restriction of democratic rights and freedoms.

4.      Legal existence of the opposition. Limitations of the leftists.

5.      The domination of the traditional elite (landed aristocracy).

Betweenfrom 1921 to 1931 Hungarian Government headed by Count I. Bettlach, Switzerland. This periodin Hungarian history as "the era Bettlach, Switzerland. He stopped the terror against membersRevolution? concluded an agreement with the Social Democrats about the legalization of the partyand the release of political prisoners. At the same time was limited democraticrights and freedoms, introduced open voting, educational qualification, createdupper house of parliament, members of which were intended. 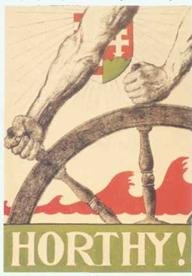 Ineconomic development in Hungary in the mid 20-ies reached pre-warlevel. There were new areas of production, but the country remainedagro-industrial. There were partial agrarian reform.

OnHungary internationally sought to review the contract and Trianonreduction of reparations. In 1927 Hungary started rapprochement with ItalyAnd in 1934between Italy, Hungary and Austria signed the Rome protocolprovided mutual support in the revision of Versailles.

Crisisagriculture that swept Eastern Europe in late 20'syears, the economic crisis of 1929-1933, dealt a major blow Hungarianeconomy, especially agriculture. In 1931 there was a change of government,which is led by D. Hembesh. During his reign (1931-1935 biennium) wassignificantly reduced democratic rights, namely: reduced number of voters;the rights of the Upper House of Parliament, restricted the activities of oppositionpolitical parties. Activated their far-right forces, particularly partyHungarian fascists led by Nilashi "Arrow Cross". In foreignpolicy was taken a course of rapprochement with Germany. Regenerated slogansRecovery of Historical Hungary "and backlash.

In1936 Prime Minister became Earl P. Teleki, who has led policyrapprochement with Germany. 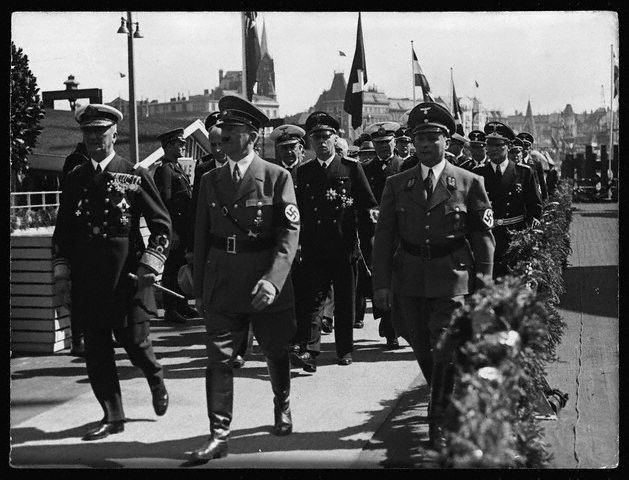 In1938-1939 biennium Hungary took part in the section and joined the CHSRAnti-Comintern Pact.

Byperiod 1938-1941 he Hungary was annexed large territories: a portionSlovakia (Upper Hungary), Transcarpathian Ukraine, and part of TransylvaniaYugoslavia (Vojvodina, Banat). Hungarians believed that due to their country Horthyrozstoptanu justice was restored in 1919-1920 he was in Paris. Butsubsequent events have proved that the path that Hungary has chosen to put deprivationVersailles system, the country declared a national disaster (1945).

"Fleeting existence of the Hungarian Soviet Republicexplained  if not exclusively, thelargely because  the CommunistParty, the vanguard of the proletariat, during the mentioned too short historicalperiod had not become a strong, solid organization?

Vain were our desire to correct an error,  which was merged with the Social Democrats?

Another main reason that led the Hungarian SovietRepublic of the deaths, was the unresolved question of the peasant - a questionon earth. "

1. WhatBela Kuhn explains the short duration of existence of Soviet power in Hungary?

"Horthy? Was an old-fashioned until anahronizmu. Hiscounterrevolutionary vozhdyzm had nothing to do with Nazism or formsfascism. Horthy not developed or even conceived of any new ideology. Hefollowed by the positions and views that they learned during the monarchy inparental home and in military school? Go to the Horthy authorities treated with respect,but was not obsessed with power. Political leadership during his reign heinferior to the government and had obtained his focus on the crisis.

2. Whatwas caused by the Soviet regime in Hungary?

3. Whatits methods of Hungarian Communists in the Russian Bolsheviks borrowed?

4. WhySoviet authorities in Hungary have failed?

7. How to put Trianon Hungary lost the contract?