1. The formation of Czechoslovakia. Masaryk

Leadingrole in the struggle for the independence of Czechoslovakia played Tomas Masaryk Harrih(1850-1937). His previous political activities, he raised his ideologicalone's future state. Masaryk himself argued in his memoirs, in 1907He finally convinced that Austria-Hungary can not be reformed and put forward the ideastruggle for independence of Czechs and Slovaks. In this struggle, he callednot rely on Russia, like almost all previous Czech movement, and the West(France, England, USA). Gradually, his ideas were among the ruling Czechpolitical elite and population. Masaryk also belongs the idea of a united Europe, inwhich will take into account the interests of nations large and small, and every nation willpreserve their national identity, while remaining at the same time European. 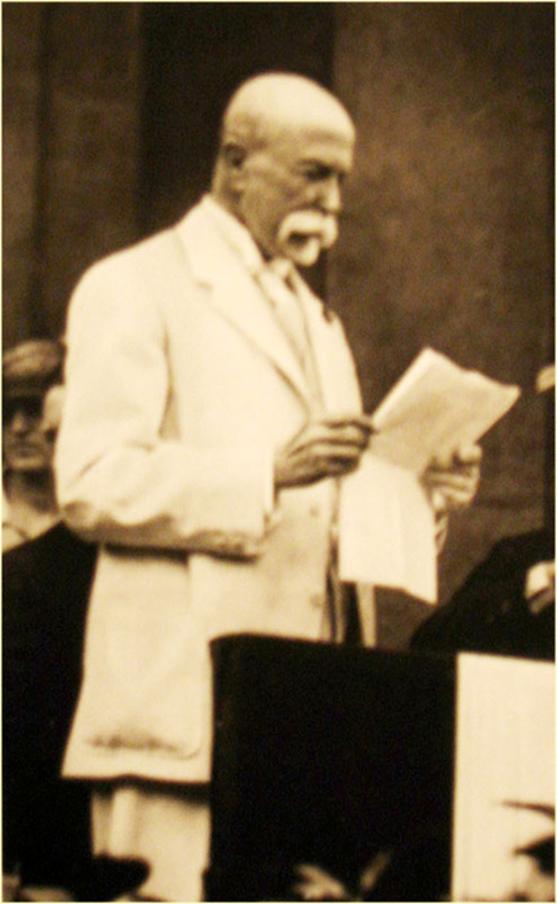 Masaryk credibility was so high that the June 6, 1915 he, on behalf ofCzech and Slovak nation declared war on Austria-Hungary and her allies.Czech soldiers began to flee en masse from the ranks of the Austro-Hungarian army and move toside of the Allies.

Hisactive in exile, he managed to achieve positiveFrance, Britain and the United States to the Czech and Slovak national movements. That ideaMasaryk self-determination of oppressed peoples of Europe formed the basis of "14points "V. Wilson. Masaryk also persuaded leading Czech political forcesfuture of the Czech government should be based on democratic principles.

Autumn1918 The ruling circles of Austria-Hungary, anticipating defeat, beganexport from the Czech lands food products, industrial equipment,vehicles. This robbery zachipalo interests of the entire population.Socialist National Committee has commissioned a one-day strike happy toprotest. Its members have joined forces and clashes with policeproclaimed the slogan "Long live the Czecho-Slovak Republic", butSocialist Council is not initiated the creation of Czecho-SlovakStates considering this matter the National Committee. Only October 281918, when it became clear that the Habsburg monarchy ceases to exist,National Committee announced the creation of the Czechoslovak Republic. October 30Slovak National Council declared the office of Hungary and Slovakiarecognized the right of the Slovak people to decide their own destiny in fullindependence. At the same time it declared the Slovak part of a unified nationCzechoslovak nation in cultural and linguistic context.

FirstGovernment of the Republic was formed on the basis of "National Coalition Czechand Slovak right-wing and nationalist parties and Social Democrats. He promisedto "socialization" of industry, to introduce 8-hourday to recognize the right to strike. In a rising peasant movementThe National Assembly passed a law on agrarian reform that produced the maximumownership of land, 250 hectares or 150 hectares of arable land.

ConstitutionNational Assembly adopted February 20, 1920, consolidated formation CHSRas a democratic republic. It is based on the principle of protection wasprivate property. All citizens receive equal rights. The supreme legislativebody became bicameral National Assembly, elections to which were carried out onuniversal suffrage. The National Assembly was elected president on 7years. He had broad powers. The first president elected Masaryk.

Basedwith the thesis of a single "Czecho-Slovak nation," rejected the constitution identitySlovaks. Equality of nations interpreted only as a linguistic and cultural. So?Czechoslovakia was a unitary state, which subsequently was the causedeployment of separatist movements - for 13.5 million people with Czechswas 7 million Germans - 3 million Slovaks - 2 millionHungarians - 750 thousand Poles - 100 thousand Ukrainian (Rusyn) - 450thousand

InApril 1920 in Czechoslovakia, the first parliamentary elections,which defeated the Social Democrats and Socialists. The boundaries of the republic was determinedpostwar (1919-1920 biennium), the Entente peace treaty with GermanyAustria and Hungary. The composition of the new state for the St. Germain treatywas included and Transcarpathian Ukraine (on the rights of autonomy, but realized itright was only 1938). In Czechoslovakia it was called SubcarpathianRussia.

InApril 1919 Czech-Slovak troops with the permission of the Allies crossed the borderHungary to attach a portion of its lands. However, the Hungarian army rejectedenemy and in June entered into its territory. Under the influence of revolutionaryevents in Hungary in Presov June 16, 1919 proclaimed Slovak Рadyansku Рespubliku. It lastedto July 7. The Slovak government has introduced an 8-hour workday, nationalizedindustrial and commercial enterprises, banks, transport, confiscatedlandlords' estates and the church land size more than 50 hectares. But he poured the distribution-the land between the peasants and gave them to the public and industrial facilities whichunited farm workers and poor peasants. GovernmentSlovakia began to create the Soviet Red Army to interact with the HungarianRed Army. However, CPP proyisnuvala long. With the fall of the Sovietpower in Hungary, the Prague government finally seized throughout the country.

Czechoslovakiainherited 4 / 5 of industrial capacity in the Habsburg Empire and the 20-30'sinto a highly developed European country. It took place inten most industrialized countries. Economic and political fact,stability of the country provide a significant layer of the middle class - 13%working population were engaged in entrepreneurial activities. Comparativelyrapidly developed here leading industry, especially heavyindustry. It should be noted that the industry has never worked CHSRat full capacity because of the narrowness of the domestic market and reliance onexports.

Inheavy industry led to the corporation "pity" thatproduced the cars, aircraft, machinery, equipment, weapons and more. Shoe ConcernThomas Bath to provide 80% of footwear production in the country. A considerable portionexported. Branches of this group were located at almost allcontinents. The fast pace of economic development attracted foreign capital,whose share was 20% of all investments in the economy. However, Slovak andTranscarpathian land were developed much worse than the Czech and Moravian. InThey dominated agricultural sector. Living standards there was much lesswhich created discontent and social tension.

Inpolitical development of Czechoslovakia was the most democratic country in Europe.Here there were about 20 major parties. Greatest support centrist and usedcenter-left parties, which formed a coalition government. Stabilizing role inpolitics played an informal meeting of president Masarykwith leaders of major parties, which usuvalysya most serious differences.

In30 years an influential political force in the country are national parties(German, Slovak, Hungarian, Ukrainian), who advocate a federalpereustriy unitary CHSR.

Oninternational arena Czechoslovakia focused on France, and in1920-1921 biennium together with Romania and the Kingdom of SHS created Little Entente.Unchanged director of foreign policy in the 1918-1935 biennium CHSR was E. Benesh,which, following the resignation Masaryk was elected president. 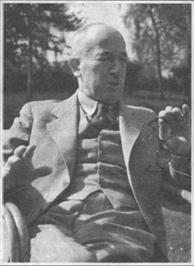 Masaryk had close ties with Ukraine. He treated with understandingUkrainian liberation movement and supported the Ukrainian emigration. In the years betweentwo world wars appeared in Prague and were actively Ukrainian freeUniversity High Ukrainian Pedagogical Institute. Dragomantov,Ukrainian art studio, gymnasium, Historical and Philological Society, the scientificAssociation, the Museum of the liberation struggle of Ukraine, Podebrady - Ukrainianeconomic academy.

In 1921he lived in the Czech Republic karpatoukrayintsiv 370 thousand, while in Slovakia - 85 thousand AlthoughCzechoslovakia was the most democratic of the newly independent state, but the questionTranscarpathia is not about autonomy to resolve.

Economiccrisis 30 hrokiv causedCHSR serious blow. The narrowness of the domestic market, dependence on largeexports led to a significant and lasting decline in production. The largest fallproduction fell in 1933 - compared to 44% in 1929Jobless were about 1 million To calm the crisis, the government receivedemergency powers. Under state control was to work 25concerns, which included 75% of enterprises. It was determined the state monopolytrade in meat. After all, the lucky situation to stabilize, and1936 began production growth.

DuringEconomic Crisis 1929-1933, exacerbated social, and moremore - national controversy in the country. Areas, where the Germanminority most affected by the crisis. This decided to use Hitler. InCzech Republic was established Sudety-German party, led by K. Henleynom thatautonomy demanded the Sudetenland, inhabited mostly by Germans. OnGermany also focused Hlinka Slovak National Party, which demandedautonomy of Slovakia. 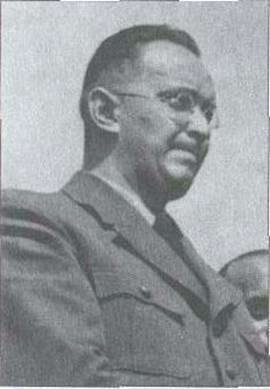 In March1938 Hitler said he did not wish to condone the oppression of Germans inCzechoslovakia. Under orders from Berlin, the Sudeten Germans began the claimsnational-territorial restructuring of CzechoslovakiaAndarrange all sorts of provocation to bring the world community,oppressed situation of Germans in CHSR. UK from the beginning stated that refuses to provideguarantees of Czechoslovakia and urged its leaders to make concessions Germany.This position has prompted Britain to Hitler's decisive action.

Czecho-Slovakgovernment showed determination and announced a partial mobilization. Hitler was forced toretreat. But the conflict has not been eliminated. To solve the crisis, Prime MinisterChamberlain UK twice met with Hitler. They agreed thatcase will be decided at an international conference. Meeting of Heads of GovernmentEngland, France, Germany and Italy in Munich 29-30 September1938 Representatives of Czechoslovakia is not even invited. The meetingactually accept the German demands submitted by Czechoslovakia in the formultimatum. The main of these was the transfer of Sudeten German areas, whereAccording to Hitler, "tortured" the Germans and their need to protect.

Czechoslovakia,leaving one-on-one with Germany, was forced to yield to the pressure.Implementation of the agreement between the USSR and Czechoslovakia, signed in 1935,depended on the actions of France, which signed the Munich Agreement, in fact, goneCzechoslovakia. Additional Protocol to the Soviet-Czechoslovak treatyprovided that assistance in case of aggression will be given only on condition thatFrance would support an attack victim. 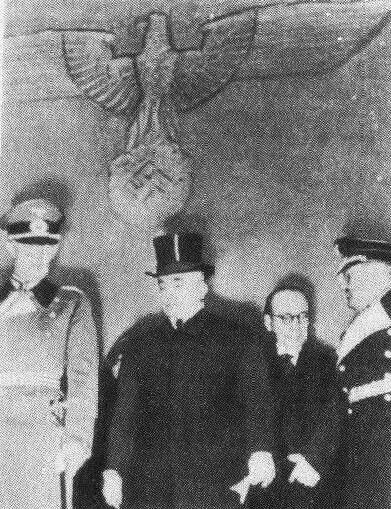 InOctober German troops occupied the Sudetenland. Poland was forced CHSRgive Cieszyn Silesia. In November 1938 And the decision by the ViennaArbitration Hungary was given part of Slovakia and Carpathian Ukraine.

Czechoslovakialost 1 / 3 of its territory with a population of five million souls, and even borderreinforcement and 40% of the industry. CHSR was transformed into a federal republicCzechs, Slovaks and Ukrainian (Ruthenian). She ended up depending on theGermany. 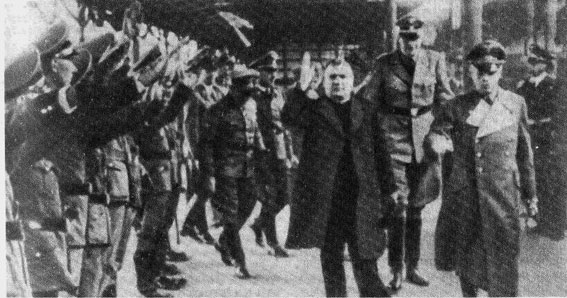 15March was proclaimed independence of Carpatho-Ukraine, headed byA. Voloshin, but she soon suffered aggression from Hungary.

15CHSR, President E. Haha signed the act on the Elimination of the Republic, andthe country joined the German army. Bohemia and Moravia was declaredGerman protectorate.

Scheme: Czechoslovakia in the 20-30's

From the Declaration of the Austrian Parliament Czech MPs. 30May 1917

Deputies of the Czech nation, based on a deep beliefthat the present dual form of the state was created? to the detriment of the commoninterests of the dominant and the oppressed peoples and the only transformationHabsburg monarchy in Lotarynzkoyi-state federation of free and equalnation-states will eliminate any national benefits and provideround development of every nation in the interests of empire and dynasty.

At this historical moment, relying on natural rightself-determination and free development, we have strengthened, moreover, andinalienable historical rights and fully recognized by state regulations, weled his people will seek to unite all branches of Czech nationCzech democratic state  includingSlovak branch of the nation,   living ininseparable unity of Czech historical motherland.

1. WhatCzech leaders of the main requirements of the national liberation movement? What argumentsthey have their position?

2. Howway to be little recovery of Czech statehood according to the declaration?

From the statement Foreign Minister of Czechoslovakia K. CroftAmbassadors of England, France and Italy (September 1938)

For us, this catastrophe? I do not know whether your country will receivebenefits of the decision taken in Munich. In one we are sure - wecertainly not the last, when we suffer more.

1.Arguments the position of the Czech foreign minister.

2. WhatMunich agreement has implications for Czechoslovakia?

3. Who was the next victim of aggressors?

2.Describe the political development in the 1920-1938 biennium CHSR

3.Find out the types of economic development in the interwar period CHSR.

5. WhyMunich Agreement was made possible?

6.Find out the causes elimination of Czechoslovakia.