InAugust 1916 Romania, enlisting the promises of the Entente countries to transferher areas of Austria-Hungary, entered into Пershu World War. But poorlyRomanian armed army soon defeated, and 6 December army QuadrupleUnion came to Bucharest. Only the support of Russia, which drove five hundred thousandthArmy saved from complete defeat of Romania.

Attack of the Romanian infantry during the FirstWorld War

The collapse of the Eastern Front, the rebellion of peasants against landlords under the influenceOctober Revolution in Russia, revolutionary unrest among the soldiers of the RomanianFront led to the Romanian government search for coming out of difficult situation.

InDecember 1917 an agreement with Germany and Austria-Hungary oncessation of hostilities. This government fulfilled one of the public demands to stopWar. At the same time, Romania has made the withdrawal from its territory, Russian partsdemoralized revolutionary agitation of the Bolsheviks.

InJanuary 1918 Romanian troops occupied Bessarabia under the banner of unificationall Romanians. The defeat of Ukraine in the first Bolshevik-Ukrainian war closerRed Army to the borders of Bessarabia. The Romanian government, fearing aggressionby Soviet Russia in March 1918 concluded an agreement to withdraw itstroops from Bessarabia within two months.

Usingsigning of the Brest peace between Russia and Germany, and occupationGermany, Ukraine, Romania rescinded an agreement with Soviet Russia andannexed Bessarabia. According to a separate peace with the BucharestCentral States Romania Bulgaria has passed all the Dobrudja, and the economy andFinance Romania passed under the control of the Fourth Union.

Heavyeconomic situation, humiliating conditions of the peace treaty caused the loss of governmentauthority. Aware of this, he went to the concessions of the public: it wasrenewed trade unions, abolished the military regime in enterprises inAugust 1918 adopted agrarian reform project, which involved the transfer ofland to the peasants for rent. This reform diverted peasants from Communist propaganda.

AfterCentral States defeated Romania Bucharest peace rescinded. Austro-Germantroops were withdrawn from the country. Romania again declared war on Germany 10November 1918 This "one-day war and has the commitment of leaders EntenteRomania to claim its share in the distribution of Eastern Europe.

DecayAustria-Hungary led to the deployment of the movement for unification of all the lands inhabited byRomanians. This movement was used by the ruling regime to strengthen its power.In November, 1918 to Romania was included in Bukovina, thoughpopulation of Northern Bukovina to the national assembly have declared their unification with onUkraine. December 1, 1918 proclaimed union of TransylvaniaRomania. At the Paris Peace Conference of the Romanian delegation, referring tosecret agreement in 1916 the Entente countries, has achieved recognition of the association of theseterritories.

20March 1919 Supreme Council of the Entente in the ultimatum demanded that theHungarian Government to accept the occupation of its territory and RomaniaCzechoslovakia. This led to the outbreak of war between Romania and Hungary.Romania, supported the Entente, helped crush the Soviet regime in Hungary,for which she received all the occupied territory, territorial acquisitions in Romaniawas enshrined in St. Germain, and Trianon treaties Neyyiskomu. In1920 England, France, Italy and Japan signed the Convention on the Recognitionannexation of Bessarabia.

ThusRomanian territory has increased from 138 thousand to 295 thousand km2,and the population - from 8 to 16 million people.

Onassociated territories inhabited by Hungarians and many Ukrainian citizens were subjected to nationaloppression. Romania was called: "Black Sea mini empire.

Accessionareas has not led to changes in the nature of agrarian states like Romania: 80%population employed in agriculture. Owned by foreignCapital found 80% of industrial enterprises. 50% of the land was ownedlandlords (boyars).

After Пershoyi before World WarRomanian society opened reassuring future. Everything now depended onwhether the ruling elite will be able to use this opportunity to modernize the country successful.

Table.: Factors that influenced the development of Romania

In1919-1920 biennium situation in the country was unstable: the workers wereper 8-hour day, the introduction of minimum wages, the farmers demandedagrarian reform. Under pressure from public appearances have been the desire of workerssatisfied, and in 1920-1921 he law on agrarian reform, somaximum tenure installed in 100 hectares for Bessarabia and200-500 hectares for the rest of the country. Surplus land transfer to peasants forredemption (20% of its value units).

InRomania's foreign policy to support the existence of Versailles-Washingtonsystem, and to this end in 1920-1921 biennium from Czechoslovakia and Yugoslaviaconcluded a military-political alliance - Little Entente, which is focusing onFrance. A well established allied relations with Poland.

Beginning20-ies became the beginning of stabilization in the country. Significantstabilizing factor for the loan were England and France, the Romanian government. Thesecountries have also invested significant investments in the Romanian industryespecially oil (49% controlled). 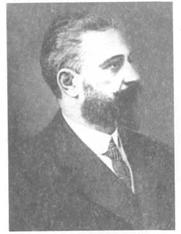 To1927 agrarian reform was completed, due to which farmers received3 million hectares. In 1930 landowners who had land holdingsmore than 100 hectares, made up 15%.

Inperiod from 1922 until 1928 in power in the country was inNational-Liberal Party (In 1922-1926 he was the primeєрMinister was Й. Bratianu, and in 1927-1928 he- В. Bratianu).Another significant accomplishment during her reign was the adoption of the Constitution 1923,which consolidated all democratic freedoms, but in practice theyimplemented.

In1924 South Bessarabia broke the communist-ledTatarbunary uprising, aimed at establishment of Soviet power anddisconnecting Bessarabia. But it had a local character and failed.Killed 3 million people. For support of regional demands USSR to RomaniaCommunist Party was banned. 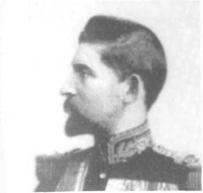 The mainpolitical opponents were liberals and nationalists parties tsaranistiv(Peasant Party). In the mid 20-ies broke the struggle for successionRomanian throne (died in 1927, King Ferdinand I). Struggleopened between Karol and Micah. Prince Carol was deprived throne because of family troubles.King was sixteen Micah and rehuntsku council headed by himV. Bratianu.

National-tsaranistskaParty came to power in a bad moment: the country exploded economiccrisis that has engulfed all sectors except oil production. There600 thousand unemployed. Since 1929 before 1933 changed10 governments. At the beginning of 1934 the country's national income was 49.4% vs.1929  Taking advantage of the instabilityPrince Karol proclaimed himself king - Carol II.

Duringcrisis has increased the popularity pravoekstremistskyh organizations such as"Iron Guard", who used nationalist sloganscombined with social demagogy. A model for the activity they didItalian fascists. Intensified its activities and the Communist PartyRomania, which has organized several strikes that sometimes poured in bloodbout. 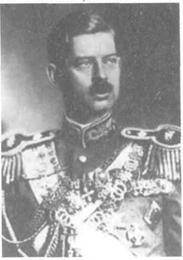 In1934 Romania gradually began to come out of the crisis. Insolvencyprevent such occurrences in the society pushed parliamentary methodsgovernors to establish a "strong government hand." Came to power"New liberals" are closely related to the financial community and the Royalfamily. But to establish order in the country they have failed. Economic crisis1936-1937 biennium further aggravated the situation and the elections in 1937  none of the political parties hasmajority. Thus for the "Iron Guard" has voted 16%voters. У suchcondition February 10, 1938 Carol II carries a coup. It was a newconstitution, which the king received the full power and the parliament becamein a deliberative body. The Constitution also were tied to benefits for Romanians.Likvidovuvalysya multi, created the only official party of the Frontnational revival "(Nation Party). Taking the sample Іwaist Carol II made corporatisationindustry. Backbone of the king in his policy were: the army and "IronGuard. But between the generals and leaders of the "Iron Guard" existedirreconcilable enmity. Between "Guards and army units flashed bout. In November 1938by Carol II rozpravlyayetsya leaders "Iron Guard" and focuses on theircontrol the powers. Thus, any opposition was suppressed in the country. 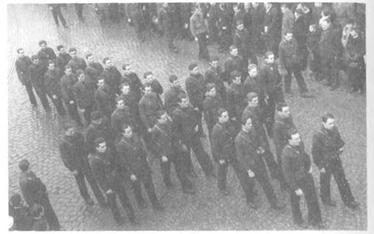 In foreign policy, Romania adhered to the union with England and France, butthe Munich Agreement, she began to gravitate toward cooperation with Germanyrealizing that it is the dominant force in Europe. Also Germany wasmain trade partner of Romania.

3. The dictatorship of Antonescu

Every year the royal dictatorship louder opposition. Crucial to itsfall were defeated Romania in the foreign policy front. In June 1940 toUSSR left Bessarabia and Northern Bukovina. Zhvdno II of Viennaarbitration (August 1940) Transylvania Romania also lost the benefit ofHungary and later in favor of Dobrudja Bulgaria. This ultimately undermined the faithpopulation in King, the mass performances. In these conditions entitles Karolform a government, General J. Antonescu, who was famous for its rigidity and cruelty. 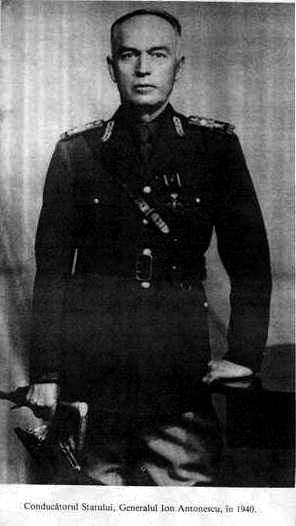 September 6, 1940 , under pressureohmJ. Antonescu Carol II was forced to renounce the throne in favor of Micah.The latter was almost removed from power. Romania has been established dictatorshipAntonescu. The country immediately began an anti-Semitic campaign, Started"Rumanization 'property and business. Police installed regime. State wasdeclared a legionary, and Antonescu became konduktorulom -leader of the state. In the country entered the German troops, housed in areaspetroleum industries. Ukladavsya unequal trade treaty. Germanycontrol of the Romanian industry. Romania has become one ofmajor suppliers to the German food, raw materials and oil.

6April 1941 Romania joined the Дruhu World War on the side of Germany. June 22Romania supported the attack on the USSR and occupied Bessarabia and Odessa. NextDefeat the German and Romanian troops on the Eastern Front led to whatOpponents Antonescu started looking for contacts with the countries Аntyhitlerivskoyi coalition. In August 1944by mode  Antonescu was overthrown inthe rebellion, headed by King Micah backed communists.

From the speech Codreanu, one of the leaders of the IronGuard, in late 1937

? Am against major democratic principles, and against LittleBalkan Entente, I have no confidence in the League of Nations. I am on foreign policyRomania, along with Rome and Berlin,  together with nationalist-revolutionary states. Bolshevism? In 48hours after winning legionary movement Romania league with Rome andBerlin.

2. Thatpromoted growth impact and coming to power in Romania's far-led forceAntonescu? What foreign policy conducted by them?

2. Whatvalue for peace of Bucharest in Romania?

3.Specify the features of agrarian reform in Romania.

4.Describe the economic development of Romania in the interwar period.

5. Givecharacteristic of the political development of Romania in the interwar years.

1918- Accession by RomaniaBessarabia and Northern Bukovina.