§ 53. The emergence of Christianity (textbook)

1. The emergence of Christianity

Christianity arose in an environment where multiple layers of freeholderturned into independent tenants swell auxiliaries or remainedwithout means of subsistence and moved to big cities, hoping for somehandouts.

Keeping the army, many officials maintain imperial luxurypalaces - all of which require additional resources and led to an increasetaxes.

The bulk of the population under the empire not only lost anyopportunity to influence the life of the state, and felt vulnerable toall-powerful emperor and officials, unknown in his country.

More complicated was the situation in Rome conquered provinces, where peoplesuffered from the tyranny of strangers and their rulers. It was one of the provincesRoman Empire - in Palestine - and originated a new religion - Christianity.Christianity proclaimed monotheism (the basis for his faith put Jews inone God), equality before God, the brotherhood of all peoples. The founder of a newReligion Jesus Christ.

For a long time there were discussions about whether Jesus Christ existed as a realhistorical person. Study of various sources, including the Bible, which tells ofhis life, the testimony of contemporary and later historians have given reasonsclaim that Jesus Christ - a real person. He was born may бл. 7 - 3 years BC in Bethlehem in the southJudea. According to biblical legend, he was the son of God, although he had and earthly parents.His father's name was Joseph, and mother - Mary. The childhood of Jesus was held in Nazareth. It was seen as the Son of God, the Messiah, ieArtist rescue mission, a messenger of God on Earth. In his sermons heChrist proclaimed the need to find the kingdom of God as the highestgood and highest purpose of man is not in the earthly life and beyond. He urgedto deliberate renunciation of earthly, material preference. Such denial isnecessary condition for spiritual purification and renewal of life, which in turn willman to enter the kingdom of heaven (God). Thus, the kingdom of heavencan enter simple, poor people are able to upgrade spiritually. Jesus Sermonsresonated in the poorest.

The success of the preaching of Jesus Christ displeased the Pharisees -followers of the religious currents that expressed the interests of wealthy Jews andmarked by a special fanaticism. One of the disciples of Christ - Judas - has issued itsPharisees who condemned Jesus to death. The verdict confirmed the Roman procuratorPontius Pilate. Jesus Christ crucified after numerous tortures on the cross. Buriedit in a cave outside the city on Friday, and on the third day - midnightSunday he was resurrected. When the third day the woman went to worship the Son of God, thenthey met the angel who announced the resurrection of Christ. Later Jesus appearedhis students and friends by strengthening their faith.

Messiah - Envoy of God, the Savior who will save people from evil and punish himenemies.

Gospel (In Greek - good news) – contained the teachings of Jesus Christ and the story of his life andact.

After the death of a teacher, his students - apostles- In his sermons explained the nature and significance of what happened.They formed the main characters of the Christian faith - faith in the atoning deathJesus Christ and his resurrection. The apostles were the authors of the first descriptionJesus' life - Gospel. 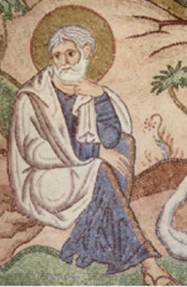 The news of the sacrificial death of Jesus Christ, the story of his resurrectionand Ascension, which spread throughout the Roman Empire, contributedincrease of believers. Supporters of the new faith - Christians and Christian communities.Community members gathered together to read prayers, to communicate. At the meetingsthey overcome their loneliness and find understanding and support, since the first communitysupporting orphans, poor, people weary old age. The first communityappeared in Jerusalem, later - in many other cities of the empire.

The winners of Rome, brutally persecuted the early Christians because they deniedexistence of many gods, and refused to honor the emperor. Poweraccused the Christians that they prepare a conspiracy against the emperor and that theyset fire to Rome in 1964 For the Emperor DiocletianChristians who refused to renounce the faith, burned alive. To makerituals, Christians gathered in secret, usually at night. The first refuge for ChristiansRome were the catacombs - underground passages of natural or synthetic origin. And,Despite the persecution, Christianity spread rapidly.

1. When Christianity arose, and why?

3. How were organized the first Christian community?

4. Who are the apostles? What is their role in spreadingChristianity?

5. Why a new religion resonated in the hearts of Romancitizens?

7. Why the persecution of Christians did not give positiveresult?