England in the XI - XIV in the beginning. (compendium)

After Norman conquest of England by Duke William the Conqueror and his coronation in 1066, over the next few centuries, the fate of England and France were closely connected. English kings, as rulers of vast territories in France, regarded as vassals of the French kings.

feature of England's XI - at the beginning of XIV century. was to create a centralized state formed the representation. Strengthening royal power began even during the reign of William the Conqueror and (1066-1087 biennium). In particular it first in medieval Europe in 1086 and made a census of land, and introduced to the county division of the country, led by the royal sheriff.

great-grandson of William I, Henry II Plantagenet (1154-1189 biennium), except England, has inherited a lot of possessions in France. They increased significantly after the marriage of Henry II of Aquitaine Duchess Aliyenoroyu. In the dowry he received southwestern France, while remaining vassal of the French king. To strengthen the central government Henry II made some reforms. For judicial reform every free man could for a fee to obtain a review of his case is not feudal, and at the Royal Court trial. According to military reform compulsory service in the royal army of knights (40 days per year) could be replaced by a payment of "shield money," for detained mercenaries. For forest reform declared all forests owned by the King of England, which had a limited right to use them.

After the death of Henry II inherited the throne by his son Richard I Lion Heart (1189-1199 biennium). He was a brilliant military leader, a talented poet and musician, but very bad king. For all of his rule he held in England a few months. The desire to gain fame invincible knight pushed Richard to participate in the Crusades and the wars against France. At this time England was ruled in his stead royal governor. 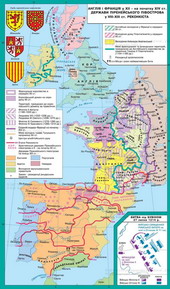 England in the XI - XIV in the early centuries. 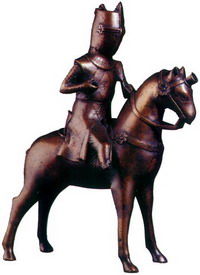 The bronze figure of a knight. England 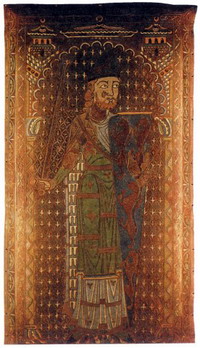 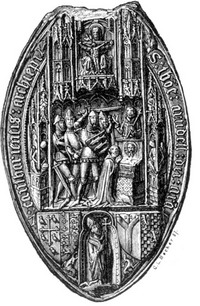 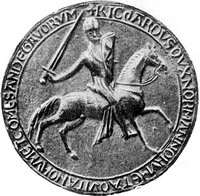 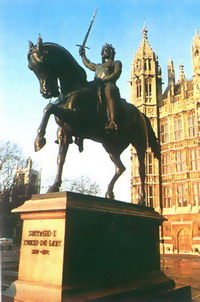 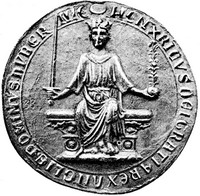 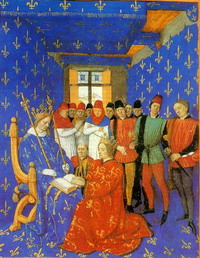 French King Philip IV and the English King Edward I 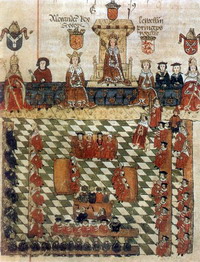 House of Lords by Edward I

Castle on the island of Isle of Anglesey. Wales 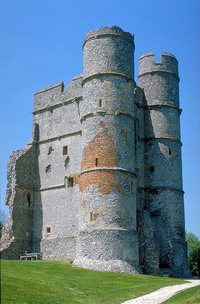 Doninhtonskoho ruins of the castle. England 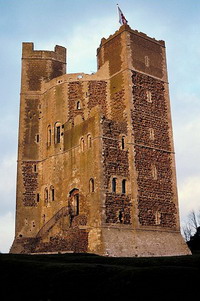