logical step in the development of Kievan Rus, as in other European countries, was an era of political fragmentation. Conditionally its start date is 1132, when after the death of Grand Duke Mstislav Vladimirovich, as recorded by the chronicler, "Ruska razdrasya whole earth." By the middle of the XII century. Ruthenian lands were divided into 15 land-principalities, which were only in the formal dependence of Kyiv. However, this process of disintegration has not stopped at the beginning of the XIII century. there were already about 50 principalities.

North-Eastern Russia was still sparsely populated outskirts of the eastern lands. In the beginning there lived Finno-Ugric and Baltic tribes, only the turn of the IX-X century. here on earth began to move Novgorod Il'mens'ka Slavs but from the southwest - v'yatychi. In XI-XII centuries. here along with old cities (Rostov, Murom, Ryazan) there are new - Yaroslavl, Suzdal, Vladimir-on-Klyaz'ma, Pereyaslavl-Detroit. At this time there is Vladimir-Suzdal Principality, which originally called Rostov and then, by Prince Yuri Dolgoruky - Rostov-Suzdal (1132-1157 biennium). It is connected with his name first mention (1147) on the Moscow city.

son Yuri Dolgoruky Bogolyubskii Andrew (1157-1174 biennium), becoming the prince made his capital city of Vladimir-on-Klyaz'ma. Most military campaigns against the Prince of Novgorod and Volga Bulgaria were unsuccessful. Sad fame took a devastating raid on his son Mstislav Kyiv in 1069 In 1174 Andrew Bogolyubsky killed boyars-conspirators. After two years of struggle for power between the young brothers Andrew Bogolyubsky a new prince Vsevolod the Big Nest (1177-1212 biennium). He received his nickname because he had eight sons, eight grandchildren and all the princes of Pskov and Moscow to Ivan the Terrible, including his descendants were. He tried to strengthen the grand power, arrange and settle in their land. Vsevolod made several successful campaigns against the Ryazan principality. Brilliant victory march ended at the Prince of Volga Bulgaria in 1183 after the death of Vsevolod the Big Nest single Vladimir-Suzdal Principality was redistributed into seven separate principalities which ruled Vsevolod children. 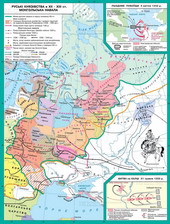 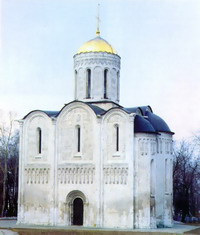 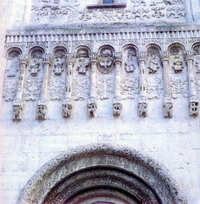 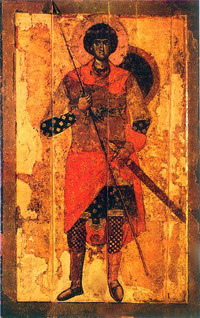 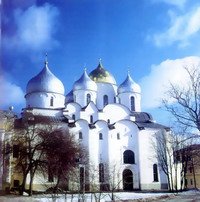 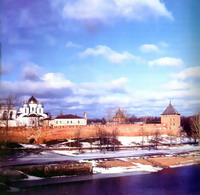 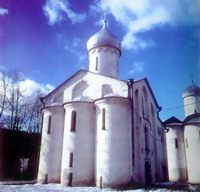 Medallion, which was published Hanse merchants of the city merchant Andrei Alexandrovich in 1301 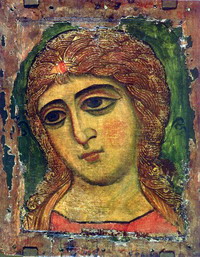