From the first days of the reign of Ivan III narazyvsya serious difficulties: his estates were surrounded by enemies (Horde, Lithuania, Tver, Ryazan and Novgorod), and internally there were powerful forces that opposed his rule . But the young prince firmly continued the policy established by his predecessors. First, he led the struggle for accession Novgorod, where there was a sharp struggle between supporters of Lithuania and Moscow. To speed up the issue in their favor, in 1471 John III went to Novgorod. In Sheloni was a battle in which Novgorod failed. Novgorod was in dependence on Moscow. In 1478 the Moscow army entered the city in 1492 and Novgorod veche bell - a symbol of independence, was shot and taken to Moscow.

Since all the Novgorod land finally joined the Moscow State. With the accession of Novgorod land main rival of Moscow - Tver - found themselves surrounded, and in 1485 recognized the tverychi John III. That same year, Ivan III declared himself a "sovereign of All Russia", in official documents began to appear the name "Russia." Besides his marriage to the Byzantine Princess Zoya (after baptism - Sofia) Paleologue allowed Moscow to claim as a center of Orthodoxy after the death of the Byzantine Empire. There was a questionable theory that Moscow - a third Rome. To substantiate their claims Moscow borrowed the national emblem of Byzantium - double-headed eagle. 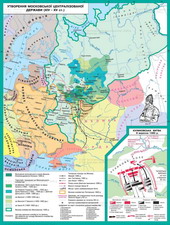 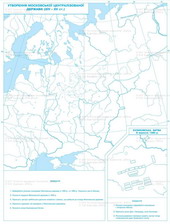 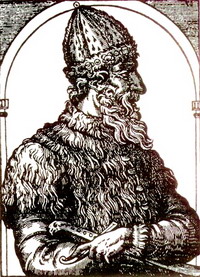 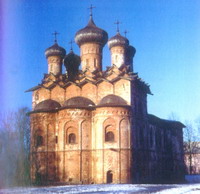 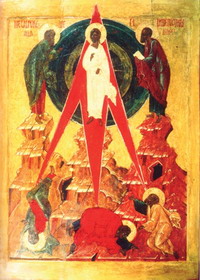 The end of independence of Novgorod. Veche bell transported to Moscow. From paintings Kivshenka 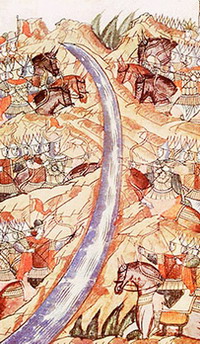 Standing on Acne in 1480 Medieval miniature 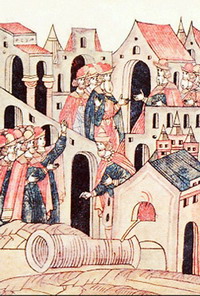 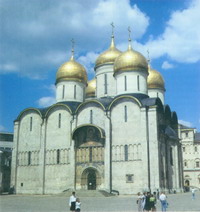 Assumption Cathedral in the Kremlin. XV. 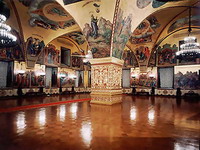 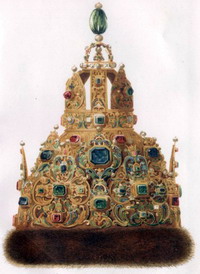 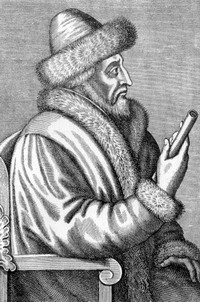