Liberation movement in the Netherlands (compendium)

Netherlands (translated - "reduce the land") named the land located on the lower Rhine, Meuse, Scheldt and the North Sea coast. In this small area there were about 300 cities. Due to the great geographical discoveries Netherlands found themselves at the crossroads of new trade routes and the city of Antwerp was the center of world trade. It is on the Antwerp exchange determined price of Oriental and European goods.

Since the beginning of the XVI century. Netherlands were within the Holy Roman Empire of the German nation, while entering into possession of the Spanish royal family of Habsburg. During the reign of Spanish King Philip II (1556-1598 biennium), 17 provinces in the Netherlands that included industrialized related trade links the city, involving dissatisfaction. His efforts led Philip II to establish order here like the Spanish: the complete economic and political dependence on the King.

1566 delegation of the Netherlands asked the nobles namisnytsi Margaret Parma Spanish king to stop the activity in the country of the Inquisition, which persecuted the Calvinists, and allow states to convene a General. However, this request was not granted.

In August 1566 the Netherlands started the uprising iconoclast. It captured 12 out of 17 provinces. At that time the country was destroyed about 5500 Catholic churches and monasteries - support the Spanish government. It destroyed many masterpieces of religious art. In fact, the revolution broke out in the country, as a response to the policy of the Spanish authorities. By order of Philip II of Spain to the Netherlands joined forces led by the Duke album - the new governor of the country.

During leadership provinces Duke of Alba (1567-1573 biennium) in the country and took a bloody terror. It killed about 11 thousand people.

The country launched a guerilla struggle against the Spaniards. The impetus for the general uprising and liberation of the northern coast of the Netherlands was the seizure of ships hezamy Brill. To guide the insurrection was invited Prince William of Orange, who previously led the Netherlands nobility, discontented Spanish authorities.

Duke of Alba was trying to turn the province into submission by insurgent forces. But all his efforts remained fruitless because of the heroic resistance of local residents.

Catholic nobility of the Southern Netherlands, frightened deployment of revolt went on reconciliation with the Spanish. January 6, 1579 in the city of Arras was signed by the union that they recognized the sovereignty of Philip II and Catholicism as the only permitted religion.

Northern Province in response to a signed Utrecht Union, which provided for joint war against Spain to complete victory, creating a unified army, coinage and common foreign policy. The signing of the Union of Utrecht started up a new state - the Republic of United Provinces, its often called Holland. Philip II declared William of Orange appointed chief rebel and a reward for his murder. In response to the July 26, 1581 General States took an act of independence from Spain, the Netherlands.

Spain finally recognized the independence of the United Provinces only in 1648, she became one of the most powerful European states XVII. During the Spanish Habsburg rule left Southern Netherlands (modern Belgium).

Netherlands in the XVI - the first half of XVII century. Netherlands revolution of 1566-1609 biennium

Europe in the XVI century. 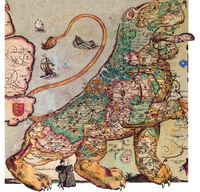 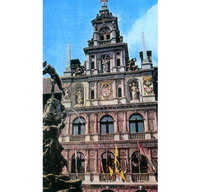 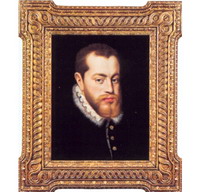 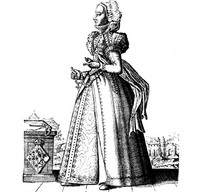 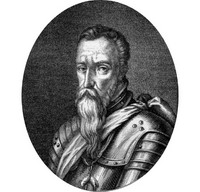 The Duke of Alba 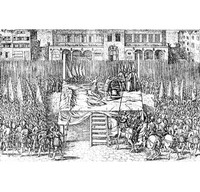 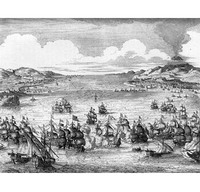 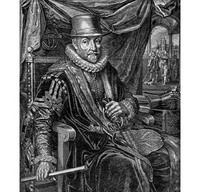 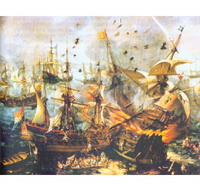 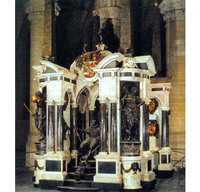 The tomb of William of Orange 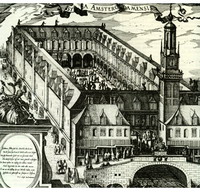 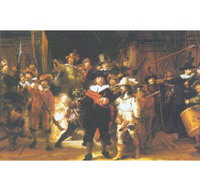 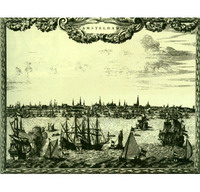