England in the XVI century. (compendium)

England in the XVI century.

In the XVI century. England joined by a small territory. Possession of England in Ireland were small, Scotland is also not a part of it. At the beginning of the XVI century. population amounting to about 3 million people, and the century grew to 4 million, however the capital of England, London city with a population of about 200 thousand inhabitants, was one of the largest cities in Europe.

XVI century. for England - the era of the Tudor dynasty. For the country had Tudors, the Reformation, has strengthened the royal power, was conquered by the sea supremacy.

beginning of the century in the cities of England lived up to 10% of the population. Due to the great geographical discoveries England was at the crossroads of trade routes between Europe and America. This caused great changes in the economy. Becoming more common manufacturing. With the advent of manufactories in England and abroad is increasing demand for English wool. In agriculture, the process obhorodzhuvan, moving landlords to breeding sheep.

Reformation began in England during the reign of Henry VIII Tudor (1509-1547 biennium). King supported the Reformation that he was personally interested in the reform of the church. He decided to divorce his first wife (he married a whole six times) and Catherine of Aragon to marry Anne Boleyn courtly beauty. The Pope refused to divorce. Then Henry VIII went to the break with Rome. In 1534, they adopted the "Act suprematiyu" which English church, derived from the supremacy of the pope of Rome, led by King. Henry VIII free to apply for divorce. Thus in England the "top", at the insistence of the king, began the Reformation.

second half of XVI century. in the history of England called the "Elizabethan." Daughter of Anne Boleyn and Henry VIII Elizabeth I (1558-1603 years) completed the Anglican church. During her reign finally became an English colony Ireland.

relations with neighboring England Scotland complicated due to competition of two queens, Elizabeth and Mary Stuart. If the right of Elizabeth to the throne were questionable enough, the Catholic Scottish queen Mary Stuart Pope considered the sole legitimate ruler of England. However, Elizabeth I won in that fight and has made death his rival.

Son of Mary Stewart King of Scots James Elizabeth threatened war over the death penalty mother. To avoid war, no children Queen acknowledged him as his heir. In 1603 Wales won the Scottish dynasty stewards.

the reign of Elizabeth, England began the war with Spain for penetration in America. 1585 English pirate in royal service Walter religion founded the first English colony in North America, naming it in honor of Queen Virginia (from English. Virgin - virgin). At first colony was a haven for pirates that preying on Spanish ships.

Nayuslavlenishym among contemporary English pirate Francis Drake was (1543-1596 biennium). Cost of prey caught in the Spaniards, because only one of his expeditions 1577-1580 biennium exceeded the English treasury profits for two years.

Spanish king Philip II decided to punish the arrogant English queen who encouraged piracy and martyred Catholic Mary Stuart. The battle between the Spanish "invincible armada" and the English fleet led by Francis Drake, took place in the Straits of Pas de Calais in 1588 and ended in the defeat of the Spaniards. From this attack Spain and could not recover. England was among the first maritime powers of Europe, "owner of the seas".

England in the XVI - the first half of XVII century. 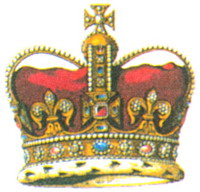 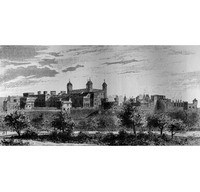 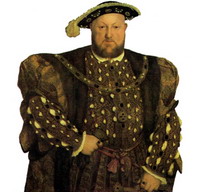 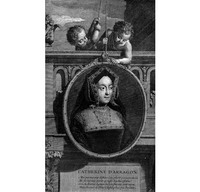 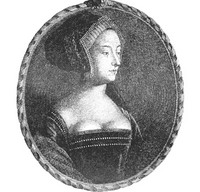 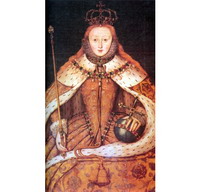 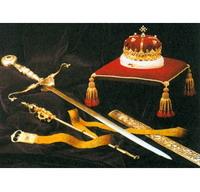 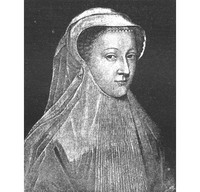 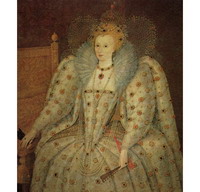 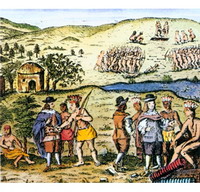 English colonists and the Indians of Virginia 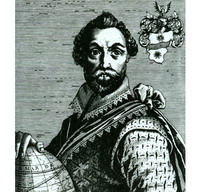 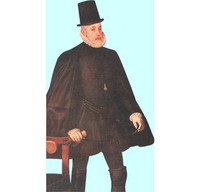 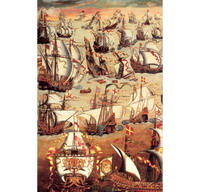