Russian state at the end of XVII - XVIII century. (compendium)

After the death of Tsar Alexei Mikhailovich found themselves on the throne just two of Ivan V and Peter I. But in 1689 the country to the rules of their older sister Sophia. All of her attempts to gain a foothold on the throne were unsuccessful. Eventually became king of the Moscow State Peter I.

During the reign of Peter were carried out radical reforms that brought the country to a new stage of development and affected almost all sides of social life.

All these reforms were carried out without a predetermined plan, they spontaneously, sometimes under pressure from external circumstances, and sometimes with personal liberty Peter. But their strategic goal was to get Russia to sign a number of large states, the impact on the developments in the world.

One of the first actions of the young king was the continuation of war with Turkey on the Black Sea. But by making two trips Azov 1695, 1696 and captured the fortress of Azov at the mouth of the Don, he realized the hopelessness of this direction in its foreign policy.

After a trip to Europe, Peter has become clear that to achieve the main goal would be the best beginning of the war with Sweden in order to obtain entry to the Baltic Sea to world trade routes. The beginning of the war was unfortunate for Peter, his army was defeated at Narva and its allies Denmark, Saxony, Poland were defeated by the talented Swedish King Karl XII.

Losses only pushed Peter to take decisive measures to create a combat-ready army and navy. Decisive, sometimes too cruel king created a new army and provided it to all necessary building a military factory in the Urals and in the center of the country. Fracture in war came after the battle of Poltava, it Swedes, led by Charles XII and Ukrainian, Ivan Mazepa's supporters were defeated.

inspired Peter made the victory Prutsko adventurous trip to the possession of the Ottoman Empire, but suffered a crushing defeat, killing all Cypriots, once they have conquered. However, with the Swedes at the front was accompanied by his success. Victory in sea battles near Cape Gangut (1714) and the island Hrenham (1720) finally bowed to Sweden for peace. August 30, 1721 Nishtadtskyy peace was signed in which Russia gained Estonia, Liflyandiyu, Inhermanlandiyu, part of Karelia.

After winning the Northern War, Peter October 20, 1721 was proclaimed emperor, and Russia - Empire.

Northern War Russia opened outlet to the Baltic Sea. After earning a weight in European affairs, a newly established empire drove aggressive ambitions in all directions.

victory went to Russia with a price: the war and reform of the king cost the country a quarter of the population. But the Russian czars, as in the past and future not only followed the lives of his subjects for their own purposes.

reforms contributed to the king of absolutism in Russia. After the death of Peter and his initiatives have not sufficiently rooted that led to a further series of the Palace coups. The fight was between the different factions of nobles who sought to consolidate and increase the benefits gained. After the accession of Peter I's daughter Elizabeth to the throne of the country's situation has stabilized somewhat. She continued the course of his father strengthening the power of the monarch in the middle of the country and prestige in the international arena. During Elizabeth's reign, Russia has entered seven-year war (1756-1762 biennium), becoming the determining factor in the events. Although Russia has not received any territorial gains (the successor to Elizabeth Peter III refused all gains in favor of his idol King Friedrich II of Prussia), it demonstrated its military power and consolidated authority in Europe. Without Russia has not solved any important international business.

In the second half of XVIII century. there is further consolidation in Russia. This period of development associated with the reign of Catherine II (1762-1796 biennium), which came to power in the past in the XVIII century. the Palace coup. The period of her reign is called "golden age" of the Russian Empire. Domestic policy was implemented in the spirit of the queen of enlightened absolutism. Continued further consolidation of absolute power of the monarch, nobles received new privileges. But her reign affected by new hardships for the assessor's population: increased taxes, the peasants were enslaved, likvidovuvalys any liberties (liquidation Hetmanate (1764), Zaporizhzhya Sich (1775) in Ukraine).

Increased harassment of peasants, workers, led to outbreaks of Cossacks in the history of Russia's most powerful peasant war led by O. Joe (1773-1775 biennium), the second in the XVIII century. (The first led by K. Bulavina 1707-1709 biennium), which covered a large area in the Urals, Volga, Don.

Catherine II conducted an active foreign policy. Its main areas were: the struggle with the Ottoman Empire in the Black Sea coast, expansion in the Baltics, keeping under control in Poland. In all these areas, Katherine has made significant strides. As a result of the two Russo-Turkish wars of 1768-1774 and 1787-1791 he was acutely Russia on the Black Sea Crimean Khanate was liquidated. Inflicted the final defeat of Sweden (1788-1790 biennium), reducing it to a category of minor.

Participated in Partitions of Poland (1772,1793,1795 years). Russia's major achievements was the expansion in the Caucasus and Kazakhstan.

In the second half of XVIII century. the process of formation in place of the Moscow State vast Russian Empire.

Russia at the end of XVII - the first half of XVIII century. Battle of Poltava June 27, 1709

Europe in the second half of XVII - the first third of XVII century.

Europe in the second half of XVII century. 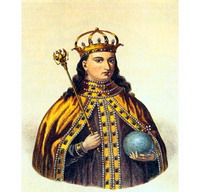 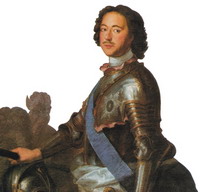 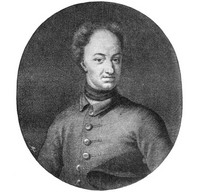 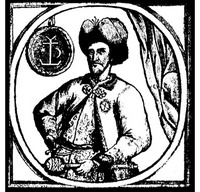 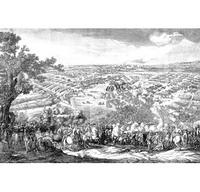 Plan of St. Petersburg the new capital of the Russian state 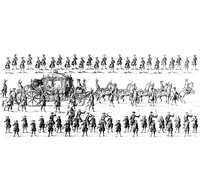 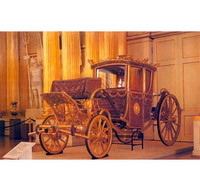 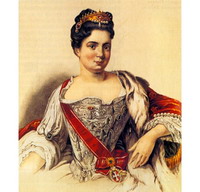 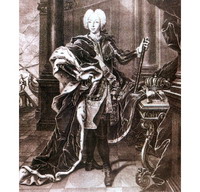 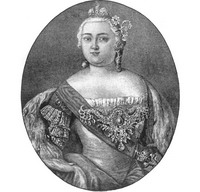 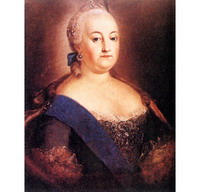 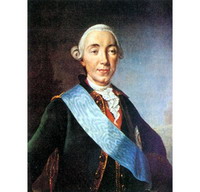 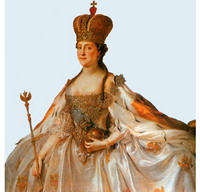 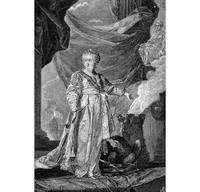 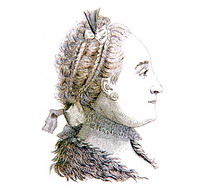 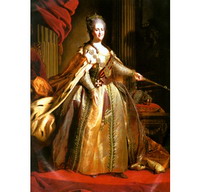 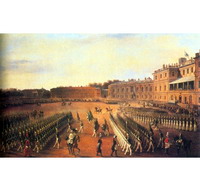 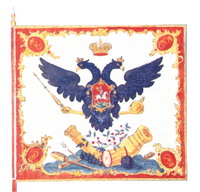 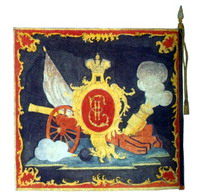