After the Thirty Years' War Peace of Westphalia (1648) will affirm the fragmentation of Germany. Most German states and were in possession of the Holy Roman Empire of the German nation. Elected Emperor of the Austrian Habsburg dynasty board of 9 Elector - most powerful German princes. But the real power of the emperor extended only to the possession of the Habsburg family.

largest empire states were Austria, Brandenburg - Prussia, Saxony, Bavaria. But a leading role in further development of Germany and the whole Central and Eastern Europe have played only the first two of them.

Austrian Habsburgs, who were the emperors of the Holy Roman Empire, also owned the lands that were outside the Empire and were inhabited by other peoples. All possession of the Habsburgs became the basis for the formation of the Austrian Empire. The impetus for the emergence of Austria, as a multinational state was Turkish aggression. The country became that barrier, which the Turks could not overcome.

prevail against the Turkish threat Austrian Habsburgs faced the challenge of preserving and strengthening its growing holdings.

most acutely the problem manifested itself during the reign of Emperor Charles IV, who had no successors in the male line. Anticipating fragility of the state after his death, he achieved to neighboring rulers recognized his daughter Maria Theresa Habsburg monarchy governess (Pragmatic sanction).

But winning the crown of Maria Theresa once vtyahnulas the fight against pretenders to the throne (the war of the Austrian Succession 1740-1746 biennium). Despite the predicament, she managed to protect their right. In subsequent years, Austria has participated actively in wars, that there were on the continent. Maria Theresa started to reform their possessions in a spirit of enlightened absolutism: strengthened the central power, held a military reform, settled the relations between peasants and landowners, streamlined system of law. Implement activities to promote education. The main aim of these reforms was the strengthening power of the emperor, the association domains, the unification of economic, political and social life of the empire.

significantly greater for reform reached a son of Maria Theresa Joseph II. He resorted to further strengthen the central government and the unification of possessions. Subordinated the church. Continued codification of laws. Canceled the peasants' personal dependence. Continued development of education. In the reforms he was guided by the realities of life that resulted in resistance of reforms of its activity. At the end of the board most of his reforms were canceled.

If the main task was to preserve their Habsburg possessions, then the rulers of Prussia was the main augmenting them. Since the mid XVII. begins upsurge Brandenburg-Prussia. In 1657 Prussia withdrew from the Polish care. Elector Friedrich and proclaimed himself king. This event, later the Prussian king has reason to expand their knowledge to their sizes were worthy of the royal title. Implementation of these plans should have a large army and funds for its maintenance. Thanks to various measures of austerity Prussia received a small army that did not yield a large number of European countries, and for fighting qualities considered the best.

encumbered by such measures military power, has allowed the most famous Prussian King Frederick II to begin an active foreign policy, which became the main method of warfare.

Once stepping on the throne of the young king (Frederick II was then 28 years old) immediately launched a war against Austria, the main competitor in the championship in Germany. In this war (1740-1748 biennium) in Austria Prussia selected rich province of Silesia. Angry Maria Theresa was formed antyprussku coalition of France and Russia. However, on the side of Prussia was unexpectedly England.

The war, which was called seven-year (1756-1763 biennium), which became the third European. In some ways it can be compared with the world wars of the XX century.: But there were in Europe fighting in North America and India. Seven-year war radically changed the balance of power in Europe: the former sworn enemies become allies (France and Austria), sharply increased military power of Russia.

Russian forces launched a series of heavy defeats "invincible" and even the Prussian army entered Berlin. But the death of Russian Empress Elizabeth saved the Prussians from the final defeat.

a result of the seven-year war borders in Europe remained unchanged. Almost a century Prussia had to abandon the plans of the unification of Germany under its auspices.

against England in this war has received the most. A breakthrough in its rivalry with France. She captured the French possession in India and North America. England became the leading trading and colonial power in the world.

Although Frederick II was defeated in the struggle for supremacy in Germany, he did not abandon hopes to expand their knowledge. And the chance is, when Prussia, Austria and Russia agreed to divide Poland (First Division 1772). Subsequently, the Second of Prussia (1793) and third (1795) joined the division in their possession nearly half of ethnic Polish lands.

Europe in the second half of XVII - the first third of XVII century. 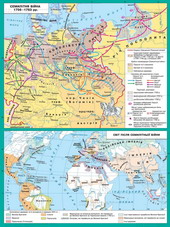 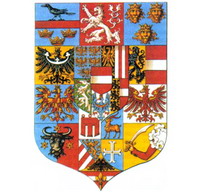 Emblem of the Austrian Habsburg Monarchy 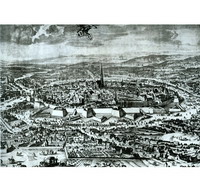 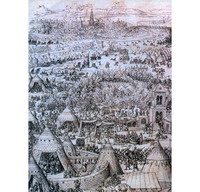 Siege of Vienna by the Turks 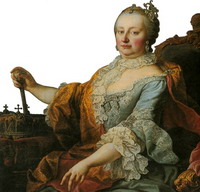 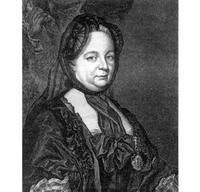 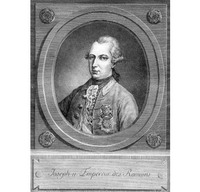 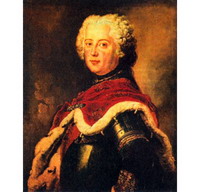 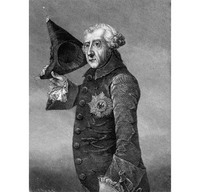 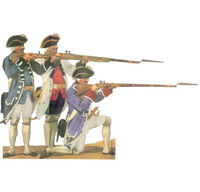 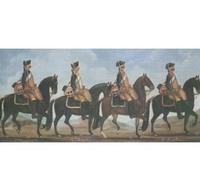