South Asia occupies only 4% of the globe, but is home to nearly 20% of the world. Overcrowding exacerbates a number of problems in the region: poverty, backwardness and economic dependence on other countries, unemployment and illiteracy.

largest country in the region - India, belongs to the agro-industrial countries, while others are agricultural. Agriculture is extensive in nature, it has its stratification and lack of land of the peasants. The leading branch is the crop. Colonial past of the region is manifested in the agro-commodity specialization of the region in MGRT. India and Sri Lanka - the world's largest producers and exporters of tea and spices. To Bangladesh accounted for 80% of global sales of jute and jute products, one of the most important export items of Pakistan's cotton and its products.

India - one of the leaders among developing countries. She is among the leaders in coal mining, fertilizer, cotton, animal and vegetable fats, the second largest producer of iron ore, electricity and sugar, and the third - for steel smelting and production of manganese ore. The country produces equipment for nuclear power plants, spacecraft, computers, etc. According to GNP, India ranks in the top ten countries in the world, however, on this indicator in per capita terms - only the second hundred. Leading sector of Indian economy is agriculture. India - a country of ancient agricultural culture. The agricultural sector employs 60% of the economically active population. According to the volume of agricultural production the state ranks fourth in the world. She is one of the largest producers of tea, peanuts, sugar cane, legumes, spices. In the territorial structure of the economy of India remains the leading role of the four economic capital cities (Mumbai, Kolkata, Chennai and New Delhi).

India - the most diverse country in the world. In it, according to some estimates, there are over 500 nationalities and tribes, speaking 800 languages and dialects.

South Asia region is quite attractive to international tourists. So in Nepal (at the border with China) is the highest mountain in the world - was Qomolangma (Everest). A lot of interesting offers to tourists, India, Bhutan, Sri Lanka and Maldives.

Japan is a highly advanced post-industrial country, which occupies a leading position in the world in economic power and the size of GNP per capita.

Japan has a convenient economic-geographical position at the center of the Asia-Pacific region, which became one of the major economic centers in the world.

Japan has developed all the branches of the modern economy. It combined high-intensity of production, which are based on high-tech and non-productive sphere, targeted to high standards of living. The industry achieved a high level of automation and robotics cybernetization production, introduction of energy-saving technologies. An important feature of the Japanese economy is the coexistence of a large number of small businesses with concerns giants. Six major industrial and financial groups control almost all spheres of economic life.

in the territorial structure of the economy of the country is allocated area of high concentration of industry on the Pacific coast (Pacific industrial belt) and peripheral zone - the Sea of Japan. Own limited resources of raw materials led to concentration of industrial production in areas closest to import raw materials (east coast of Tokyo, Yokohama, Osaka and Kobe). It is here that formed the main industrial belt of the country, which made up 90% of industrial output. In the Pacific industrial belt concentrated about 70% of the population. Agglomerations Pacific Coast (Tokyo - Yokohama, Osaka - Kobe - Kyoto, Nagoya) and located between the city formed a unified system of urban settlement - the largest in the world of Tokyo Megalopolis (Tokaido). It is home to about 60 million people.

role of agriculture in the economy is negligible. It gives less than three percent of the country's GDP and provides 70% of the population needs food. Japan - the world's largest importer of agricultural products. The main branch of specialization in agriculture: rice cultivation, gardening and fishing. In the north-east and the Sea of Japan extends the so-called rice belt. Japan leads fishing in all areas of the oceans and is a world leader in catches of fish and seafood.

MGRT In Japan, one of the world's financial centers (15% of world foreign direct investment), as well as the largest producer of high-tech products of high-tech industries (Sony, Panasonic, Toshiba). Japan - the leader of the production of cars (Toyota, Lexus, Honda, Nissan, Subaru). 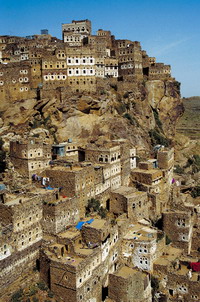 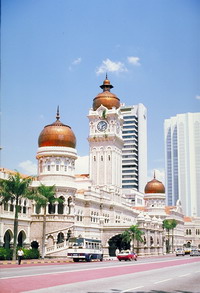 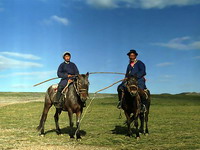