sovereign countries have various forms of state organization - polity , which consists of government and form of administrative and territorial structure.

Monarchy (Greek monarchia - absolute rule ) - is a form of government in which sovereignty is formally wholly or partially owned by sovereign (King Prince Sultan, emir, emperor, etc.) and inherited. Monarchy may be absolute, when in fact unlimited power of the monarch (Kuwait, Oman, Qatar, Brunei) and constitutional (UK, Spain, Japan, Morocco), when the monarch is limited power constitution, legislative functions were transferred to parliament, the executive - the government and the monarch which formally is the bearer of supreme power, actually performs representative functions.

kind of absolute monarchy is a theocratic monarchy where the monarch - the head of the Church (Vatican, Saudi Arabia).

special and unique form of government in the world is Jamahiriya (Libya), which translated from Arabic - the country masses. The official name of the country - the Socialist People's Libyan Arab Jamahiriya.

Another widespread form of government with States that are members of the British Commonwealth of Nations headed by Great Britain. Commonwealth Legal was designed back in 1949. Then it came to the United Kingdom and its dominions (Canada and Newfoundland, Australia, Union of South Africa, Ireland). After the Second World War and the collapse of the British Empire remained within the Commonwealth of most former British possessions. Now a part of the Commonwealth - 50 countries, which are both republics and monarchies, can pursue an independent policy or to be dependent, but unites them that they all recognize the supreme authority of the Queen of Great Britain.

Administrative division involves the division of state for certain administrative units based on national, historical, economic, natural and other factors. Two forms of administrative and territorial structure: the unitary and federal. Unitary State does not have some kind of entities that are independently managed. In such states are a constitution and system of government. Federated States composed of federal units (states, republics, provinces, etc.), within which national laws and authorities delegated functions of the self. Worldwide there are about 30 federal states (Germany, Russia, USA, etc.).

dependent countries and territories are those that are in the power of foreign countries - metropolises and deprived of political sovereignty and economic independence (Bermuda Islands - British dependent territory, French Guiana others). 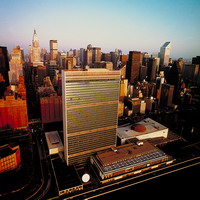 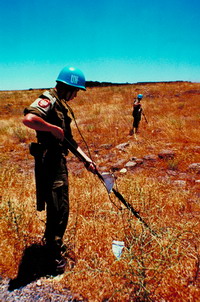