What people on earth (compendium)

Among the questions that are set for a primitive, possibly, and questions about the properties of the natural environment. Curiosity gave rise to the desire to know what is the closest hills, the forest or river. The world has opened to man, shown in her mind, and knowledge so necessary for survival, were passed from generation to generation. Then people started to paint, and with the advent of writing and recording what they had seen and heard, learned schematically depict terrain. So gradually accumulated knowledge about the Earth. Where ended information was included fantasy.

At different times and different peoples understanding of the planet were very different and much different from today. Thus, the ancient Indians believed that the Earth - this hemisphere, which hold four elephants standing on a huge turtle. Residents of coastal ocean imagined the earth as a disc placed on the backs of the three whales that swim boundless ocean. In the mind of ancient Chinese form of Earth was a giant cake. At one time the Egyptians were convinced that the sun travels through the sky on the ship, which supports the sky goddess, and the Babylonians portrayed the earth as a mountain, surrounded by sea.

However, with the accumulation of knowledge about the world people began to ponder why the ship on the horizon disappear gradually, he expanded the horizon when climbing up, and the lunar eclipse of earth shadow becomes round. These and other observations were systematized Ancient Greek scientists Pifagor Samoskym (VI century BC.) And Aristotle (c. 384-322 BC) who first suggested on the sphericity of the Earth. Pythagoras reasoned opinion like this: everything in nature must be harmonious and perfect, with the most perfect geometric solids are the ball, the Earth has to be perfect, so she - globular! In the third century. BC famous ancient Greek mathematician and geographer Eratosthenes Kirenskyy (ca. 275-194 BC) first obrahuvav dimensions of our planet, introduced the concept of "parallel" and "meridians." Also for the first time, albeit arbitrary, he brought these lines on a map it reached populated region. This card used nearly 400 years - until the end and art. Up to now come 27 maps of the ancient Greek scholar Claudius Ptolemy (ca. 90-160 AD) of Alexandria of Egypt, which he added to his scholarly work "Geography". In this work he described as concluding cards, numbered about eight thousand names of different objects in an area including several hundred with geographic coordinates, defined by the sun and stars. Ptolemy first used graticule, which differed little from the modern.

In the Middle Ages, when the church denied the sphericity of the Earth, working scientists of antiquity were lost, and the land depicted as a circle or rectangle in the center often placed the holy places, in the far east - paradise, and in the west - hell. Back in Article VI. one of these cards created a Byzantine monk Kozma Indikoplov. It shows the system of the world, despite the obvious absurdity, then spread to Europe. Even in the XIII century. English map of the world contained in the Psalms, in the "center of the world" posted Jerusalem - sacred place for Christians.

Geographic globe, as the layout of the world, first created the German geographer Martin Behaym in 1492 the coast of Africa has been applied based on the information of Portuguese explorer Bartolomeu Dias, who in 1487 was the first of the Europeans from South Africa rounded opening the Cape of Good Hope. Information on the globe was severely distorted: where there really was to be America, depicted the east coast of Asia and many islands do not exist. After all, Europeans have not been aware of the existence of America, although that year, when creating your Behaym globe, expedition of Christopher Columbus reached the New World.

It took a long time until, through the efforts of brave seafarers and travelers, with geographical maps disappeared "white spots". Even in the nineteenth century. remained little known around the vast expanses of the North and South poles of the planet.

Therefore it is understandable why the map of the hemispheres Gerard Mercator atlas, published in 1606, in place of Antarctica shows "Unknown Land" North America and extends up to the North Pole. 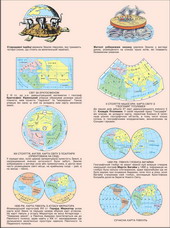 The idea of people on Earth 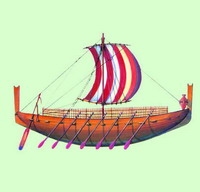 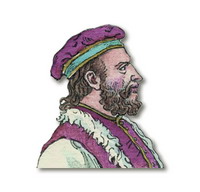 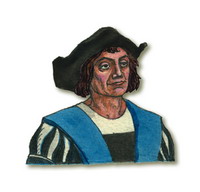 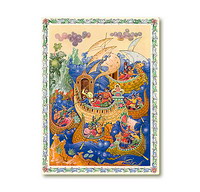 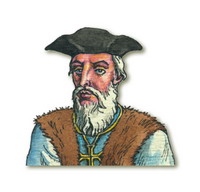 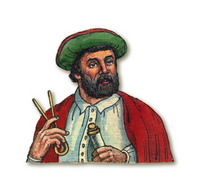 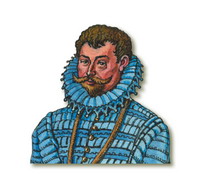 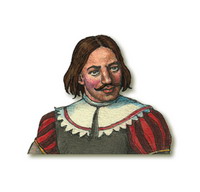 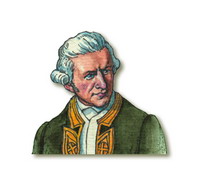 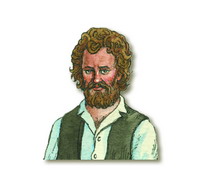 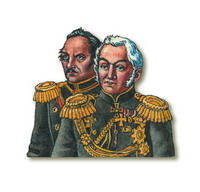