Globus - a model of the Earth (compendium)

The word''globe''translated from Latin means''bullet''. Globe is a model that is reduced in many times, a copy of the Earth, so he generally keeps its shape. On the map of all the continents, oceans, seas are shown in full accordance with their position on the globe, the scale remains the same throughout the surface of a globe, and distortion is minimal compared with the card. Distance can be measured on the map thread, or a flexible ruler, then use the scale to determine the real distance between objects on the ground.

If the Globe passes closest form of our planet, whether he considers it splyusnutist, it is known that the Earth is not a perfect ball? The answer to this question is found by taking a fairly large globe, a diameter of 60 cm (scale 1:20 000 000). The difference between polar and equatorial radii will be expressed in thousandths of a millimeter destinies. It is clear that such a scale splyusnutist globe will be invisible and does not affect the accuracy of the image of continents and oceans. Landform on this scale will not be noticeable, even as the world's highest peak - Mount Dzhomolungma (Everest), looks like a grain of sand, the height of about 0,5 mm. That is why the Earth looks from space as an ideal ball. 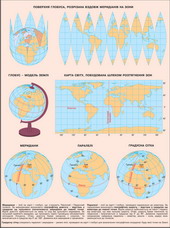 Globus - a model of the Earth 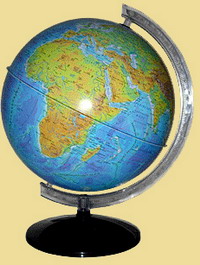 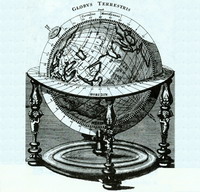 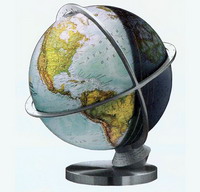 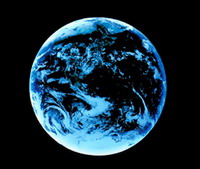 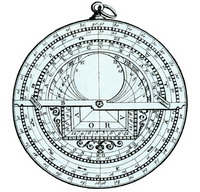 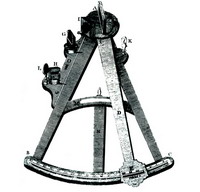 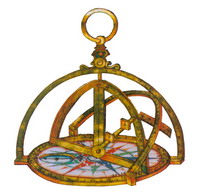 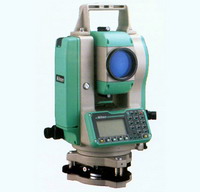 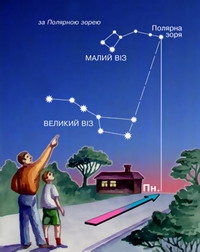 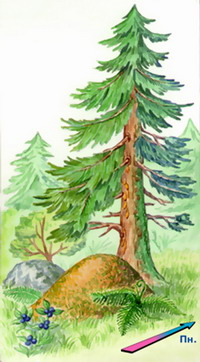 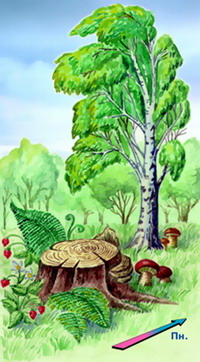