1. Recall, in which the main race is divided population.

2. What is called population density?

3. Which country is called the colonies?

AFRICA - HUMAN homeland. In East Africa, archaeologists found the remains of ancient man and his work tools, which are up 2.7 Ma. Such finds are the oldest on the planet. It gave suggests that the very first people on Earth were Africans, it was on this continent was born humanity. Hence the ancient people began to settle in worldwide.

Africa - one of the most crowded continents. By population, as in the area, it ranks second after Eurasia. The population of Africa is over 800 million people. In recent decades it number is growing steadily.

Race And people. Africa features numerous varieties races, peopleіin, tribes. Its population is representatives and Negroid, and european, and Mongoloid races. Much of formed at the junction of two or more races.

Most of the mainland (south of Sahara) inhabit Representatives equatorial (Negroid) race. Under scorching sun their skin became dark color that saves it from burning, and the hair was curled. Ethnic groups and tribes this race have significant differences in skin tones, height, facial features. Thus, in the equatorial forests of live pygmies (In Greek it word means Size the size of a fist). This is the smallest people our planet - the average height of adult men is only 145 cm In return Maasai and Tutsi  - The highest peoples of Africa, their height reaches 200 cm 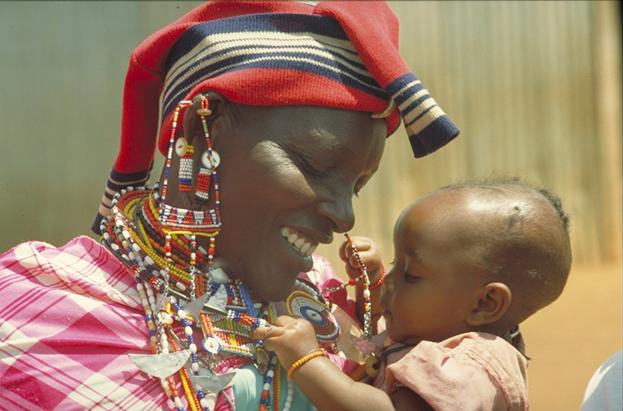 Fig. Weight: mom with a child

They are surprisingly slender and graceful. Niloty - "People of the Nile", which live in the upper Nile, as an high. Besides their highly distinguished dark, almost black color. Swahili - "Coast people" - inhabit the Indian Ocean. 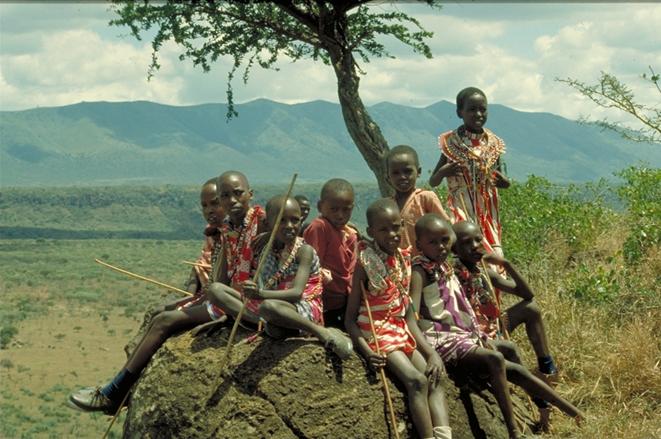 Fig. Children of the black continent

In the south of mainland living Bushmen and Hottentot.They are stunted, with yellowish wrinkled skin, broad face vylytsyuvate, making them similar to Mongoloid. Islander Madagascar - malahasiytsi - Derived from mixed Negroid and Mongoloid races. Same Ethiopians, which are lighter than nehroyidiv, color of reddish tint, seen as representatives of the intermediate race. 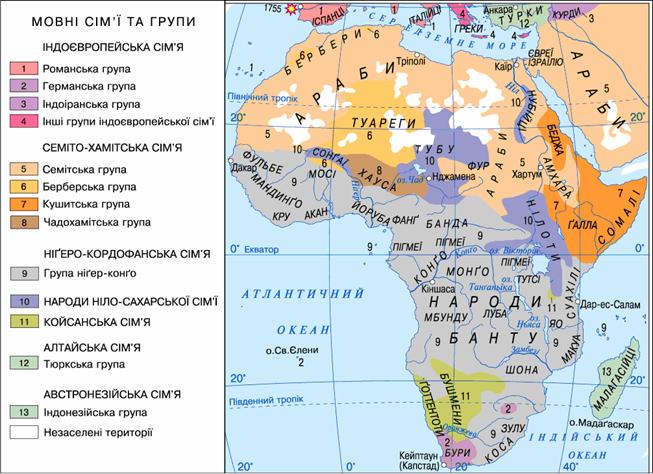 Fig. The peoples of Africa

Representatives european race live mainly in northern Africa. It Arabs (Algerians, Egyptians, Moroccans) who speak Arabic, and Berbers. They have light, but enough brown color. Europeans live in many parts of Africa. Most of them are in the south, where live generations Dutch, French, British and German settlers. There are many and mulattos, coming from mixed marriages of Europeans with African nations. 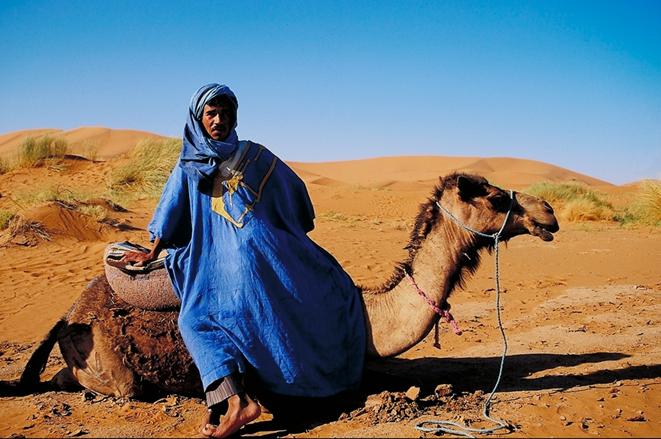 ACCOMMODATION POPULATION. Compared with other mainland's Africa is relatively low average population density - about 20 persons / km2. The area of the mainland population is very unevenly placed. Densely populated Mediterranean coast, Gulf of Guinea and south-east mainland coast. They placed great ports that have emerged on the world's busiest trade routes. Many major cities are coastal States, and often and their capitals. An extremely high population density in the Nile Delta (over 1 000 people / km2). Low population density, of course, in the desert on the peninsula and Somalia, where there is very deserted area.

Most of the population (70%) live in Africa rural areas. However, near the remote village where as if life stood still: so there lived a hundred, two hundred years ago, there were large modern city. 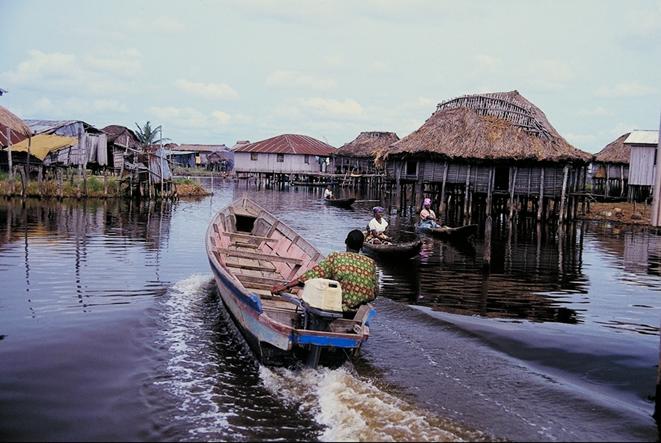 Fig. Settlement on the water. Ghana

Colonial PAST AND CURRENT POLITICAL MAP Africa. 50 years because almost all African countries were colonies і were under the authority of other countries. Powerful state in Europe since the opening of the mainland perceived it as a treasure, where you can draw first gold, ivory, mahogany, and servants and utility resources. Since Hui century. They divide Africa among themselves and enriched by the captured lands. Most of the territories captured Great Britain and France. To work on large plantations of cotton, peanuts, cocoa Anglo and other cultures have used cheap labor of Africans. To mid-century. on the political map of Africa was still only four independent country - Egypt, Ethiopia, Liberia and current South Africa (South Africa). At all times Black continent saw its darkest features of the discoverers. The peoples of Africa long fought against colonialism. From 1960 on the political map of Africa there were dozens of independent states, and in 1990 became the last independent colony - Namibia. 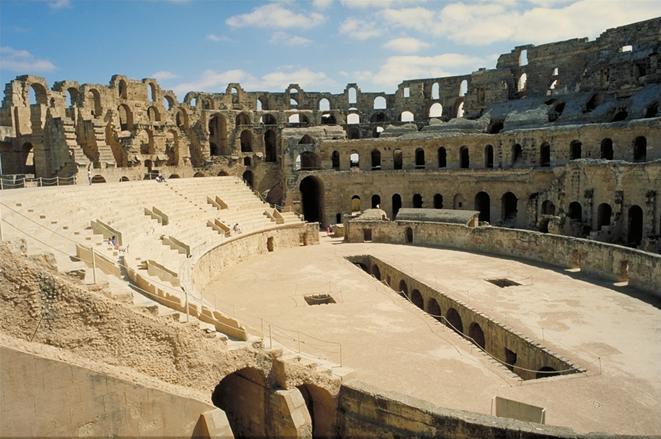 Fig. The remains of the amphitheater during the Roman Empire. Tunisia

Modern political map of Africa for more than 50 large and small states. Although no longer colonies, many countries still are in economic dependence of former owners. Almost all African countries by level of development or underdeveloped economy serednorozvynuti. High developed countries is only South Africa. The largest countries in the north of the mainland is Egypt, Libya, Algeria, Morocco, SudanIn Central Africa - Zaire, CongoIn the south - South Africa. 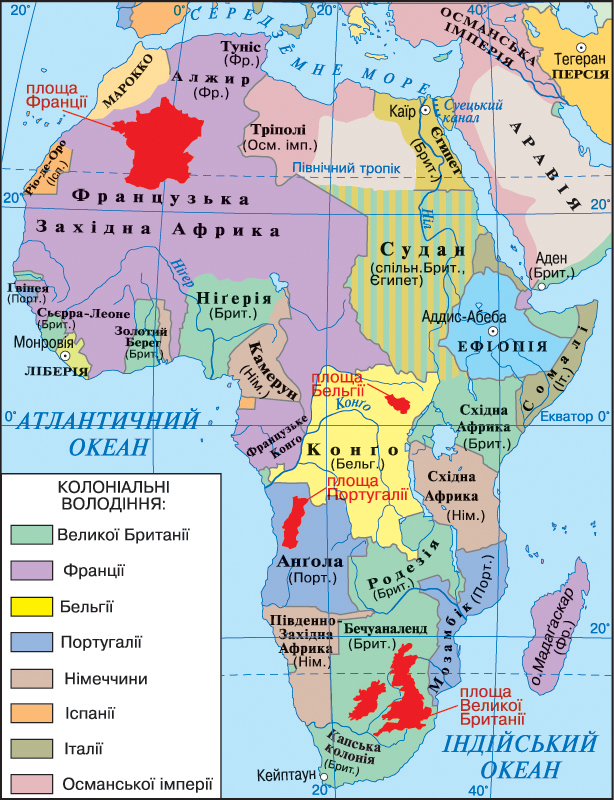 Fig. Colonies of European states in Africa (End of XIX - XX centuries).. The relationship between colonies and metropolitan areas 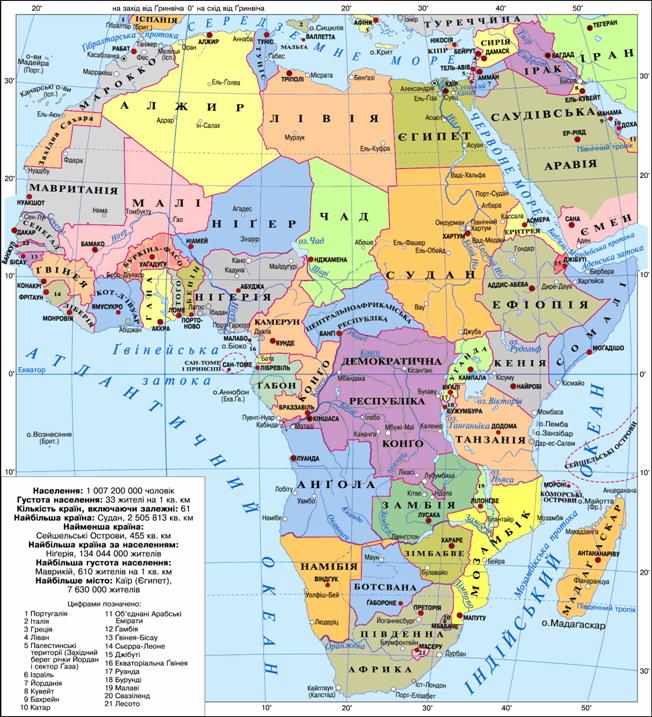 Fig. The political map of Africa

1.      Using the pattern, compare colony with an area of countries that possessed them.

3.      Which countries are located on Indian Ocean coast, and which - on the Atlantic coast.

5.      Name the largest cities in Africa. Are there similarities in their geographic location?

AGRICULTURE.Long before the arrival of Europeans, the peoples of Africa have created a unique culture (Egypt, Ethiopia, Ghana, Benin, Sudan). They built great cities, where developing handicrafts and art. Up to now unique monuments: the Pyramids of Egypt - the ancient miracle construction machinery, temples, carved bone and elephantine tree sculpture bronze and more.

But now Africa - the least developed economy respect of the world. The basis of the economy in almost every country is agriculture. But it backward, using mostly manual labor, rather than modern machinery. Population grow corn, cotton, peanuts, bananas, pineapples, grapes, coffee, cocoa, oil and date palms, citrus. Crop cultivation is aimed at no single culture that is exported to other countries. Livestock less developed than crop production. Bred sheep, goats,  camels and cattle. Traditional fishing is fishing. 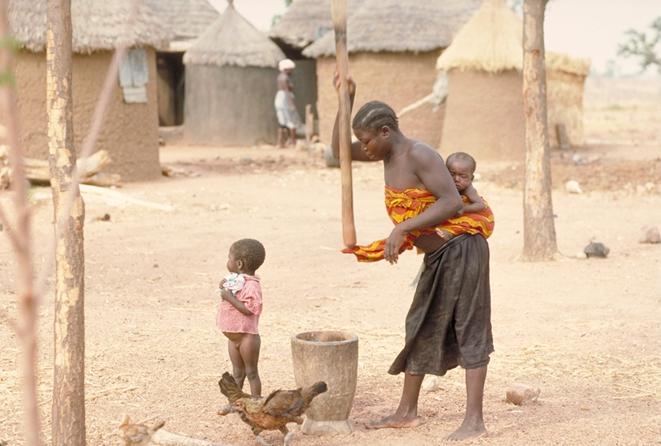 Fig. In a village  Nigeria 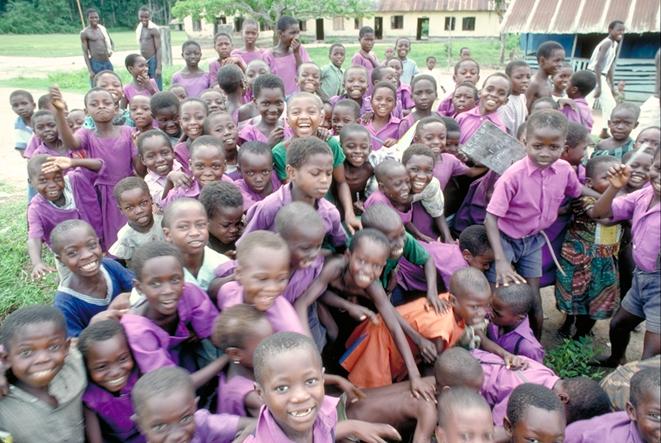 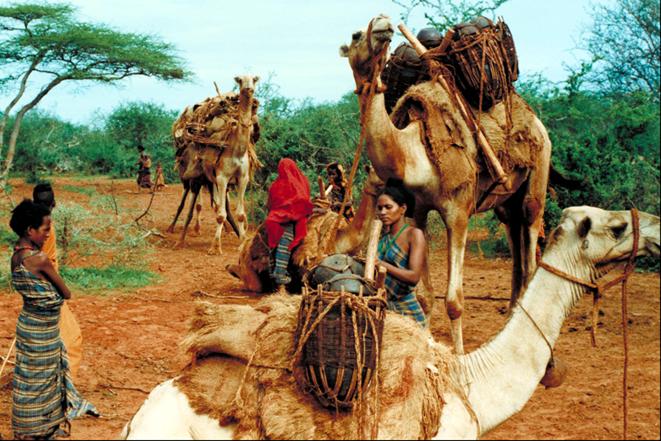 1. Which is the main races people in Africa?

2. What do you know the people of Africa? Where do they live?

3. As the population resides in territory of the mainland? What factors affect the uneven population distribution?

4. What events have influenced political map of Africa?

5. Think about why official language in many countries in Africa are French or English.