2. Due to climatic zones Andes lie?

In South America is well expressed not only latitude zoning, but also explain altitude. Its plants and animals, as in Africa and Australia, many endemics. 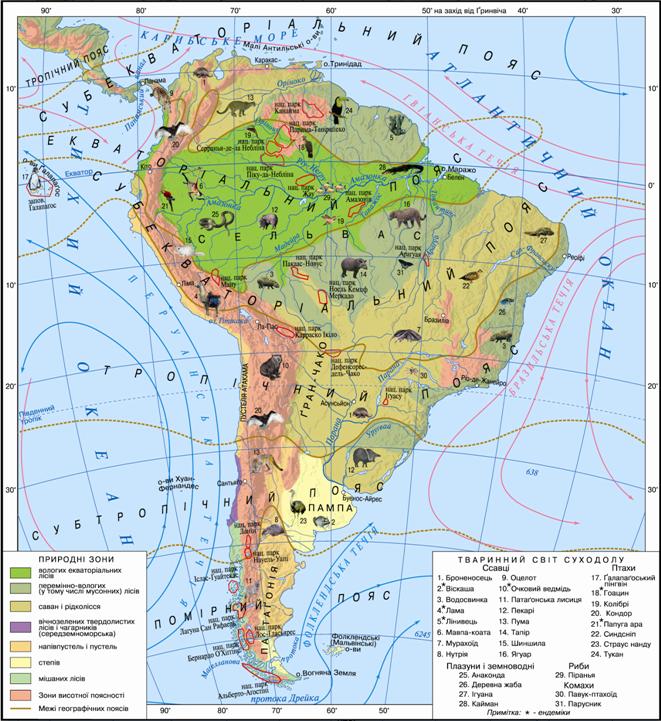 WET Equatorial forests. This ocean of green forest, which lies both sides of the equator в within Amazon lowlands. Brazilians call it selvas(From the Portuguese - forest). If you find yourself there, you always get in the rainy season, which pour all year, so rain forest called. Selva humid than the forests of Africa. Equatorial hot and humid climate identified incredible diversity of life in this natural greenhouse.

In dense multi forests that grow on red-yellow soils feralitnyh, consist only of trees to 4 thousand species, while across Europe to about 200. They include many useful and amazing. Mighty seyba reaches a height of 80 m. Evergreen rubber tree - rubber-tree: its trunk through a notch allocated latex - latex, with which receive natural rubber (rubber). Cocoa called chocolate tree, With its fruits, located directly on the trunk or branches, produce cocoa and chocolate. Coffea more like a shrub and has small, the size of a cherry, fruits red or yellow. Each fruit contains two seed-grain, which prepare flavorful refreshment - coffee. In milk tree juice in color and taste like milk. With crust cinchonaproduce quinine to treat malaria .. In the underbrush grows  Paraguayan tea - evergreen shrub, with leaves prepare a drink mate, which has tonic properties. Nut tree circle get substances that are part of the famous beverage Coca-Cola and Pepsi-Cola. Known to all pineappleare herbaceous plants. In South America is growing balsa (Translated from Spanish - raft). This tree is known for its very strong, while light wood, which does not absorb water. It balsu that 2 times lighter than cork, used traveler Tour Heyyerdal for his raft "Kon-Tiki", which  crossed the Pacific Ocean.

All trees equatorial forest thickly covered with bright orchids and countless intertwined Lian. They convert forest vazhkoprohidni dense slums, to the same muddied it. Plants growing in the Amazon Victoria regional, which has the largest leaves among plants of the Earth. Its leaf, lying on the water reaches two meters in diameter and can keep afloat a load to . 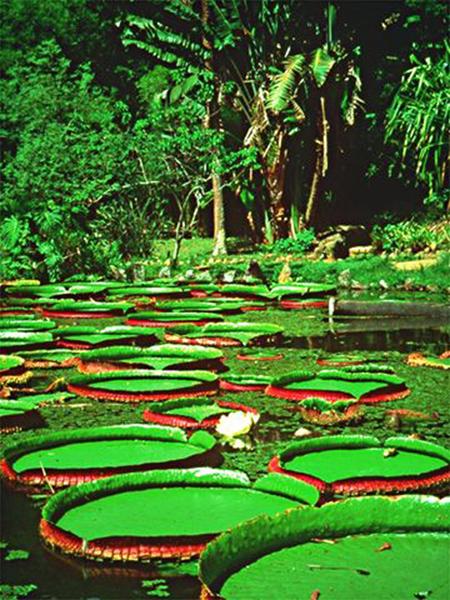 Animals are adapted to wet forest life in the trees. Best feel monkeys who have tenacious tails. Among them are endemic howler monkeys, and ihrunkovi size is 30 cm Sloth,claws clinging on branches, also lives in trees and seldom come down to earth. Excellent lazyat and jump from branch to branch and large predatory cats - the jaguar and puma. On land living murashkoyidThat using a long sticky tongue eats ants and termites, vegetarian tapir, A large rodent vodosvynka (kapibara). 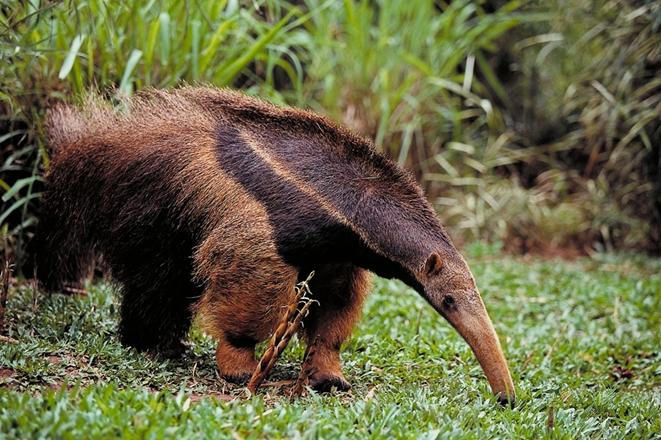 Crown inhabited various birds, including large parrot Macaw,harpy predator that prey on monkeys and linyvtsiv, tovstodzobyy toucan, a tiny hummingbirds. Even lizards and frogs in Selva live in trees. Among the snakes are poisonous and non-toxic (boa). In the waters of rivers living river dolphins, crocodiles, caimans, thousand species of fish, including the notorious carnivorous piranha with sharp blade teeth. Wood simply teeming with insects: many colorful butterflies, beetles, ants. Confirming this, Brazilian proverb says: "When each flower - insect under each leaf - an ant. " 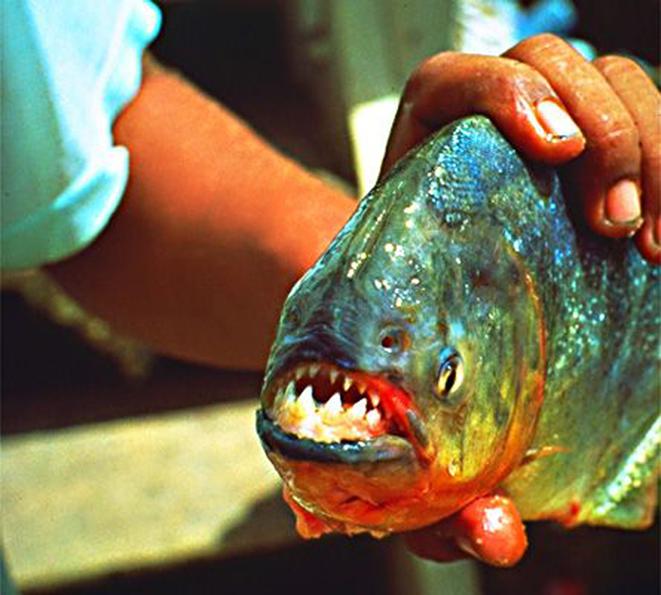 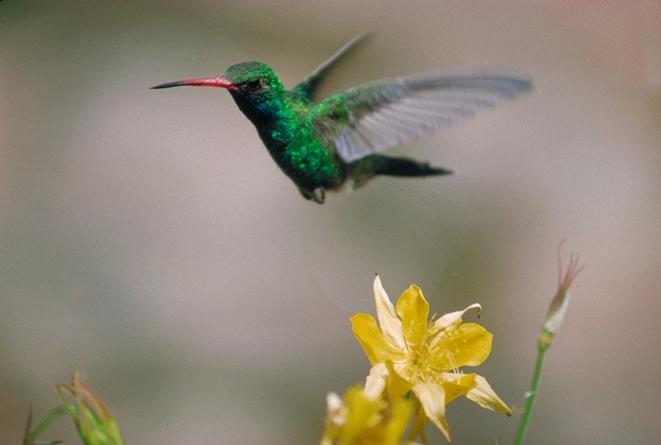 In the forests of South America are home to many world record: the longest  snake - anaconda thatreaches 11 m length; нaybilsha freshwater fish - andrapayma, length 3 m and weight up to 200 kg, the largest spider - Ptahoyid size 12 cm 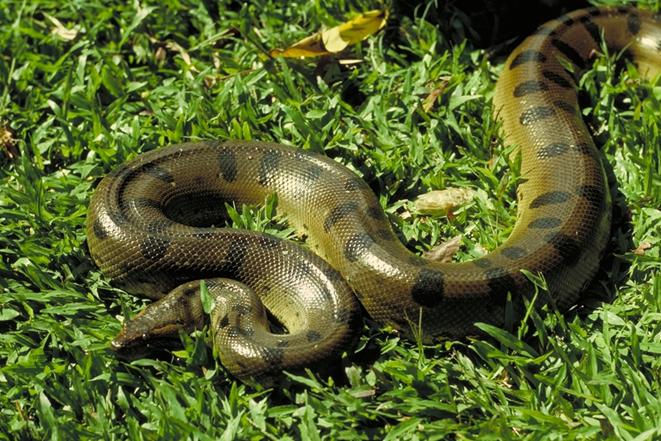 У subekvatorialnomu climatic zone, where there is dry season, the forests of evergreen trees except deciduous and grow.

The smallest bird in the world - hummingbird length 57 mm and a weight of 2 g. It feeds on flower nectar and is very beautiful plumage, which minytsya different color with a golden gleam. Hummingbird has different than the rest of bird flight mechanism. It describes eight wings that makes it like a helicopter, not to sit down and hang in the air above the plant.

Savannah and Woodlands. This nature reserve is subekvatorialnyh within zones of both hemispheres and covering Orinoksku and La Plata Lowland and most of the Brazilian Plateau. Here red soils dominated by herbaceous vegetation - feather grass, couch grass, wild millet. In the savannas of the Northern Hemisphere among palm trees and grass grow acacia. In South hemisphere on poor rocky soils common cacti, Euphorbia, Agave and bottle tree trunks from the barrel. In the dry season, when all fade grass, they only retain their familiar look. In more arid regions May not, but only grow thorns and woodlands of kebracho - "Tree-break ax", which got its name for its extremely strong wood.

In the savannas of South America there are no large herbivores, as in Africa. They encounter a small deer, jaguars and predators cougar, bakers pigs, rodents viskasha, bronenosets, which has a shell of horn guards. Since birds are the ostrich rhea. Many snakes and lizards.

TROPICAL Desert. This zone formed in the tropical climate zone. In contrast, Africa and Australia, South America is no desert in the middle of the continent. There appeared along the desert Pacific coast between 5 and 280 AP. sh. This coastal desert Atacama, belonging to naybezvodnishyh in the world. Due to the cooling influence of ocean there are relatively low temperatures and almost no rain. Plants there learned to nourish wet fogs.  The flora is poor and strongly attenuated. Here and there on the stone where soils grow cacti and shrubs podushkopodibni.

Guest from the past

In the subtropical wet forest in the South of the Brazilian plateau, growing conifer monkey puzzle. This type of existed millions of years ago and survives to this day. Interestingly, Araucaria can be seen in Ukraine - in Crimea, where it is grown as an ornamental tree in Alupka park.

Mixed forests.  Zone of mixed forests formed in moderate zone in the south of the mainland in a humid temperate maritime climate. On brown forest soils dense forests grow in the southern beech, magnolia, at undergrowth - bamboo and fern.

AREA HIGH RISE POYASNOSNI. In the high mountains, as you have know, with the height changing climate. Therefore, from the foothills to the peaks will change and soil, flora and fauna - is observed altitude explain. The number and composition of high-altitude zones in the Andes, as in any other mountains depends on the latitudinal location and altitude ranges. Thus, at foot of the Andes, located near the equator are wet equatorial forests, and near the foot at a latitude of the Tropic - semi-desert. Stretched across the Andes all climatic zones of Southern America, however, explain most fully revealed in the high altitude equatorial Andes.

У first zone, Extending to a height of 1000-1500 m, dominated wet equatorial forests and plantations to cultivate cocoa. In second zone to a height of 2000-2800 m, growing cinchona, ferns and bamboo. On plantations growing coffee trees. In third zone to height 3000-3500 m, where persistent fog, rain and cold winds blowing from the mountain peaks, forests formed stunted trees and shrubs, many ferns, moss and moss. For fourth zone, extending to a height of 4 500 m, an alpine climate with strong winds. There are alpine meadows where grass and shrubs and have stlanki podushkopodibni form. Above is fifth zone snows and glaciers.

Among the animals that live in the Andes, found rodent chinchilla, which has valuable fur. Here and there where preserved wild llamas - llama and Vicu 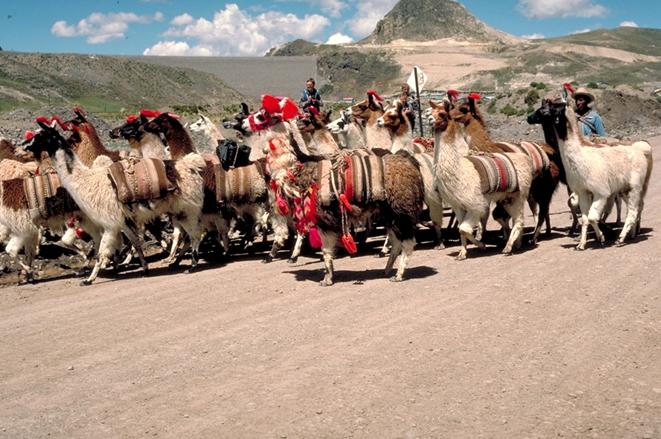 Fig. Lama in the mountains of Argentina

CHANGE OF NATURAL COMPLEX MAN. Especially noticeable withMines natural systems of South America have begun since coming to mainland Europeans. Now one of the largest environmental problems on the mainland is a catastrophic reduction in area of humid equatorial forests  impoverishment of species composition; destruction of vegetation in savannas and pampa due to excessive grazing and plowing cattle, water and air pollution numerous industries.

Area of protected areas in South America small. Governments of many South American countries are carrying out environmental measures to stop the destruction of rainforest to produce oxygen for the planet, because their fate is concerned all of humanity. 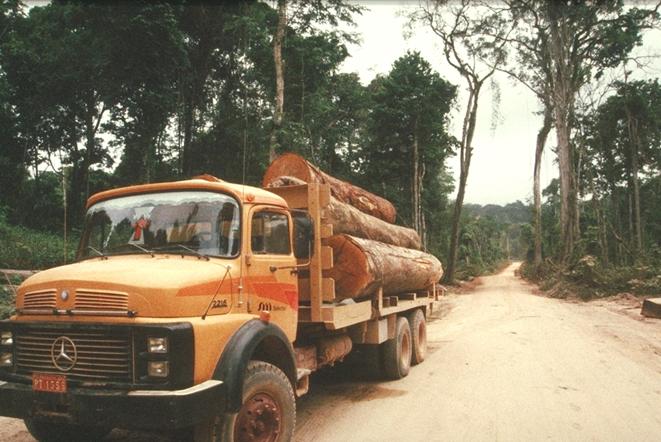 Fig. Felling of rainforest - one of the most pressing environmental problems of South America

1. Tell about the South American Selva.

2. What savannas of South America differ from the shroud Africa?

3. Remember that the desert on the west coast of Africa was formed in the same climatic conditions as the Atacama.

4. Why in the Andes soils and vegetation change from height?