Remember what the law is subject to location natural areas.

Reach natural areas in North America has features. In the north of the mainland are under zoning law, change in direction from north to south, and in central and southern parts - from east to west. The main reason for this placement - the influence of terrain (Cordillera) to the distribution of moisture on the mainland.

Arctic ZONE Desert. It northern natural area of the globe.  It includes Greenland and the Canadian Arctic archipelago. The climate there Arctic is very hard. The islands are covered with snow and ice. Where there is snow in summer time to melt, the stony surface  Mosses and lichens grow. Lives of most animals - polar bear, seals, walruses, birds - is concerned with the sea. There are also lemming - small rodent with fluffy fur, which is held during the winter snow proryvayuchy many moves. In his hunt polar blue fox and wolf. 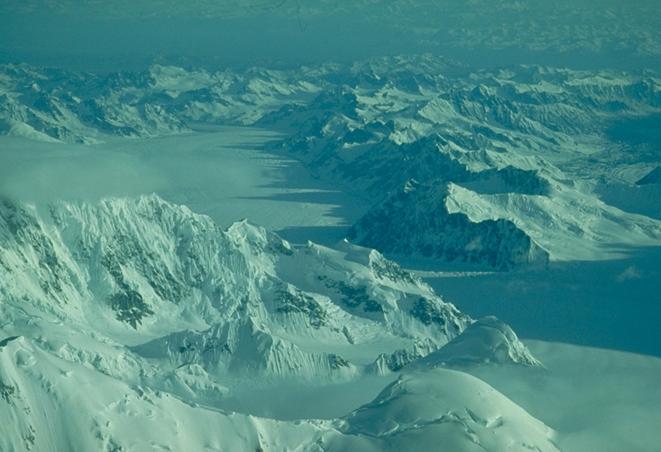 Fig. In the Arctic wilderness

The largest carnivorous  is the Earth's polar bear, which reaches 2.5 m length and 450 kg weight. He swims well and, unlike his brown relative, an active lifestyle all year round. Thick fur, which covers even soles of feet, and a layer of fat at 10 cm, to protect the bear from the cold. Animal included in the Red Book.

ZONE tundra and LISOTUNDRY. Tundra - Treeless expanses of arctic and subarctic zones - occupies the northern coast of the mainland and nearby islands. In harsh climate prevalent long congelation - The phenomenon that the surface is freeze and rocks to depth of 400 m contained ice. Frigidity stored for thousands of years. It roztaye summer only and only on the surface. The water had evaporated, and wintered layer does not infiltrate deep into her. So many summer tundra swamps. In a permafrost formed poor tundra-bog soils. They grow mosses, lichens, a few herbs (arctic poppy, different kinds of sedge) chaharnychky berries (blueberries, cranberries, holubyka). Somewhere happens dwarf birch and willow, which stelyutsya on the ground, pressed strong winds. Wildlife tundra poor. Lichens and fed sedge Reindeer and Caribou vivtsebyky - large animal with thick long hair that protects them from cold. Common wolf, polar fox, ermine, lemming. Birds are polar white owl and partridge. 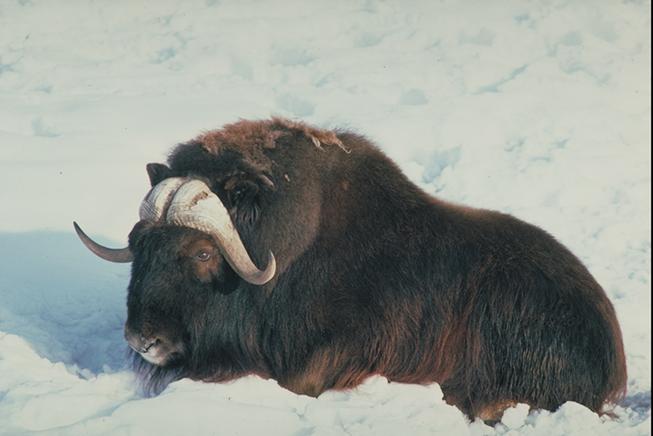 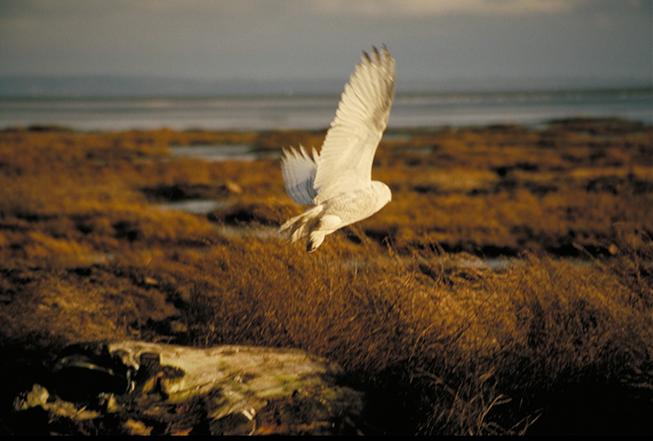 Vivtsebyky - large herbivores, which are preserved in tundra with Ice Age. They live together droves and are reflected from wolves. Zahledivshy predator vivtsebyky not flee and take up a circular defense face with horns outside, gathered inside the calves. Wolves that attack, they reject the horns and trampling hoofs. However vivtsebyky were defenseless before the armed man who strongly exterminate them. Now these animals  protected. 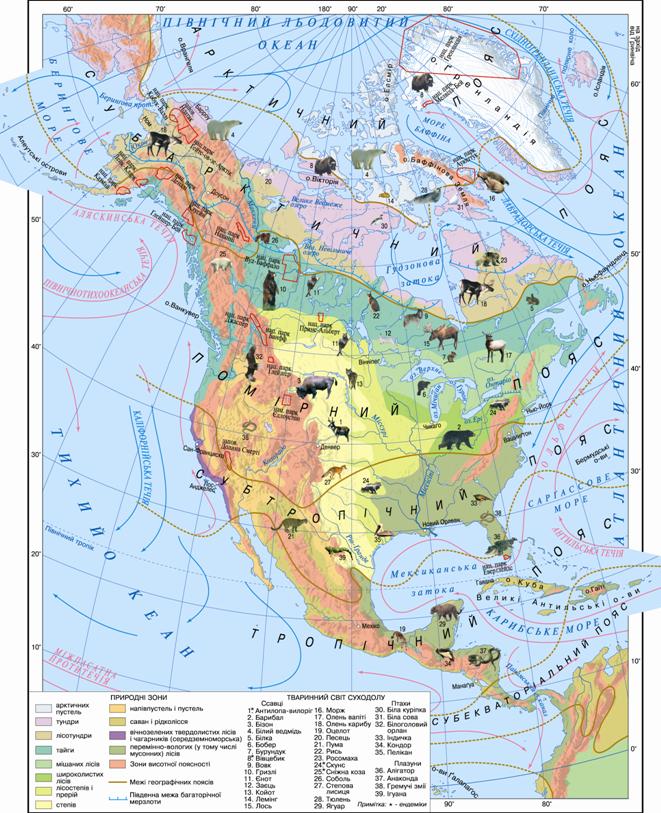 1.     Which of natural areas extending in latitude direction and that - in the meridional direction?

2.     Natural areas which had the belt most prevalent in North America?

3.     Where is the arctic desert zone? As shaped by its natural conditions?

Taiga fauna is much richer than in the tundra. Master the forest grizzly - American brown bear, which features a fierce tetchy, promptly and indefatigability in the persecution of the victim. Typical residents is a moose, wolf, lynx, fox, skunk, marten, mink, please, raccoon, beaver. 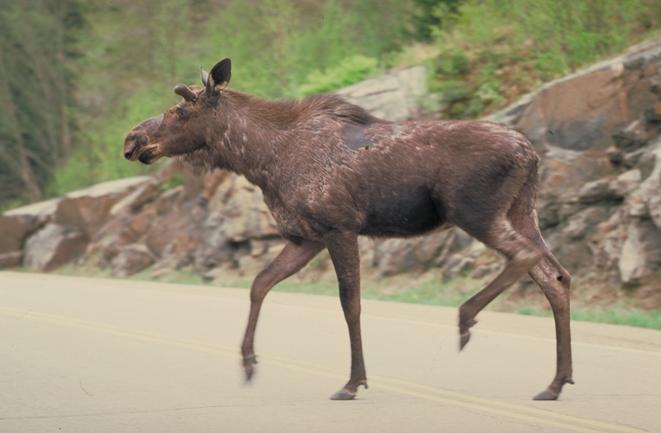 Zone of mixed forests. This zone is the transition of the taiga to wide-forest, because there along with many deciduous coniferous tree species. Especially common sugar maple, ash, elm, linden, beech, aspen, birch. Under warmer than in the taiga, temperate continental climate formed sod-podzol and gray forest soils. They rodyuchishi by taiga soils, including forests in this area greatly reduced, and the area occupied farmlands. 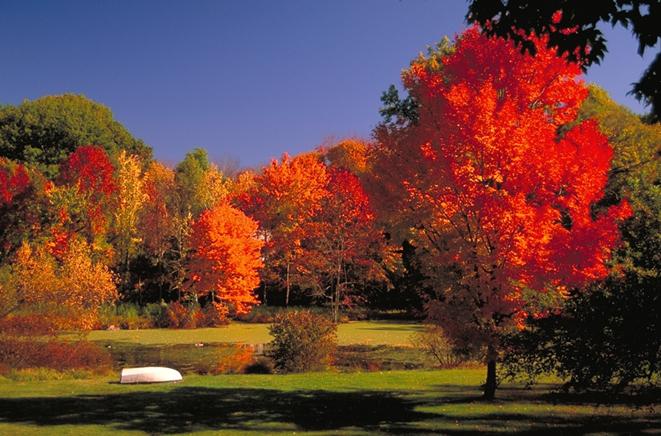 ZONE-steppe and steppe. This zone in North America called prairie. Forest occupies an intermediate zone between forests and steppes. They do not extend from west to east and from north to south. There common gray forest soils and ashed black. In forest areas grow mostly aspen and birch, and reigns in the desert lush variety of herbs and cereals. 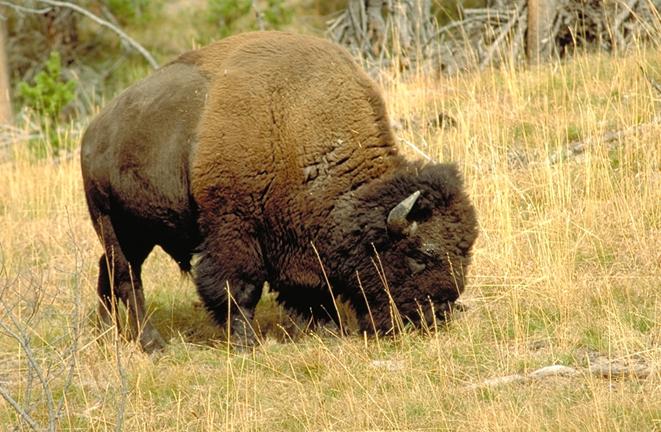 ZONE semi-desert. In North American semi-desert and a temperate, subtropical and tropical zones and do not form a continuous strip. Some appeared on the coast Pacific, the other - on the inner plateau and highlands in the so-called rainy shadow of the Cordillera. So one of the driest deserts and nayzharkishyh World eloquent name Death Valley formed in a small room, but mizhhirniy deep depression (-85 m). 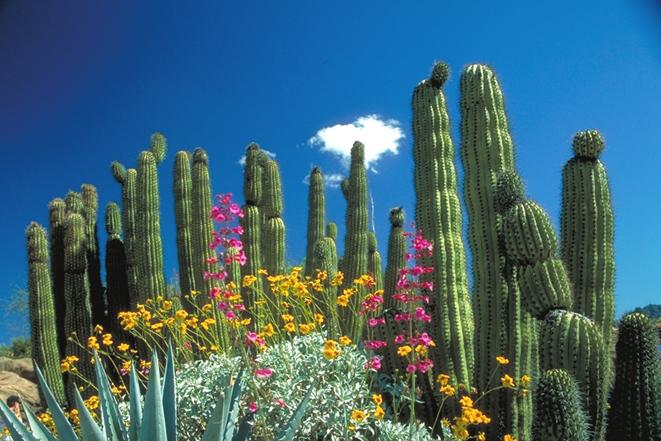 Fig. America - the birthplace of cacti 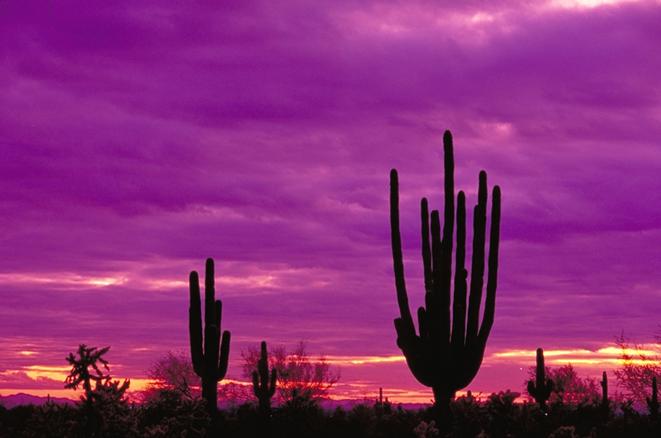 ZONE TVERDOLYSTYH evergreen forests and Shrubs.  This zone covers a narrow strip west coast of the mainland. Winter warmth there with heavy rainfall, but cool summer. In the north zone of growing forests of sequoias, fir, arbutus on brown soils. Big tree - the tallest tree Yi greatest on Earth, which grows in height and 100 meters is 30 meters in diameter. In addition, the sequoia is also tree-survivor - famous trees, aged 4000 years. Interestingly, it bark can be up to half a meter thick and does not burn in the fire.

On South, where a drought common evergreen shrubs and growth. Large areas of Shrubs  fired clay and replaced by fruit gardens.

ZONE monsoon and AC-humid forests. Monsoon forests of mixed grow on Prymeksykanskiy and Pryatlantychniy plains and peninsula Florida. The climate there is subtropical monsoon with high rainfall. Forests on zhovtozemah and chervonozemah grow many species of pines (turpentine, korotkohvoyna, marsh, lake, Caribbean), with hardwood - oak, tulip tree, magnolia. In marshy ground rules cypress marsh. The forests are inhabited baribal, lynx, opossum, near the water - otter, muskrat, raccoon. In southern there are large turtles and crocodiles, alligators.

This variable-humid forests occupy the southern part of the continent - the whole Central America isthmus. They have multiple layers grow as evergreen trees and deciduous that shed leaves in dry season. Among them, Ceiba, Brazilian wood, balsa. Soils - red. In fauna is dominated by representatives of South American forests: jaguar, tapir, armadillo, monkeys shyrokonosi with birds - toucans. 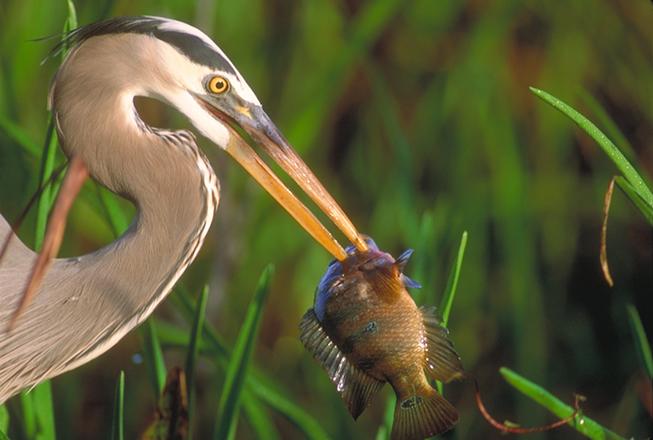 AREA HIGH RISE POYASNOSTI. You already know that the number of high-altitude zones and their features depend on the height of mountains and their position in the a given geographical area. In the Cordillera within the arctic, subarctic and temperate climatic zones due to a low position of the snow line, explain altitude vegetation are poorly developed. Thick coniferous forests cover the lower parts of mountains to a height of 1000-1500 m above placed mountain tundra, which alter the eternal snows and glaciers. However, in subtropical Cordillera upper limit of coniferous forests is at an altitude of 3500 m and above placed sub-alpine and alpine meadows. 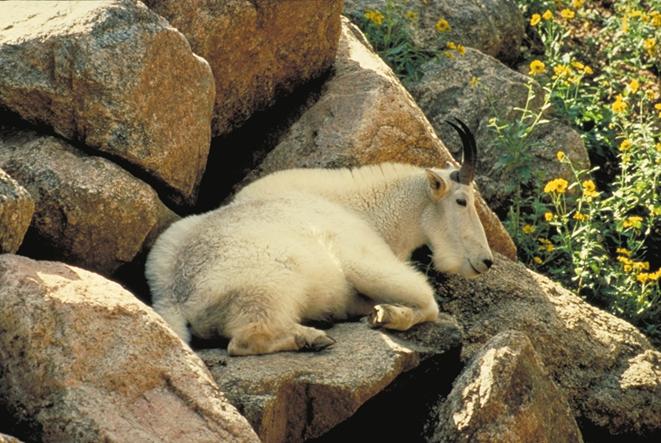 In North America passed laws aimed on nature conservation, renewable forests are cleared of contamination of the lake. On mainland and numerous nature reserves and national parks. In the largest America нatsionalnomu Park Wood Baffolo, that placed in the north of the mainland, most protected bison herd. The oldest Yosemite National Park, Founded in 1864, protected by huge forests are thousands of years Sequoias, waterfalls and a diverse fauna.

1. What are the features placement of natural areas in North America?

2. What kind of natural areas in North America is not in South America?

3. Why flora and fauna Arctic deserts of the world poor?

4. What is called tundra? What natural features of this zone?

1.       How different from the mixed forest platyphyllous?

2.       What measures are carried out for health nature on the mainland? K5