1. Remember that of Discovery made the Vikings.

GEOGRAPHICAL PROVISIONS. Northern Europe has north-western part of Eurasia. It covers countries, located on Northland (Norway, Sweden), Adjacent FinlandAnd Denmark and insular Iceland. Once lived in these territories Vikings who nahanyaly fear of the peoples of Europe. Affluent to the coasts, they suddenly attacked the village, leaving behind the still smoldering and killed, and quickly disappeared at sea. How brave sailors Vikings prysluzhylysya that, as you know, discovered Iceland and Greenland.

The peculiarity of the geographical location of North Europe is a seaside location. Sea carry large outlet like the climate, and the economic activity of population. Located on the seaside capital states and large cities, where most people live.

FEATURES NATURE. Relief Northern Europe's most mountainous. Old Nordic Mountaingo on for Northland coast Norwegian Sea. The rest of the territory are pohordovani plain that lying Baltic crystalline shieldold platform. It bounds to the surface are igneous and metamorphic basement rocks - granite, gneiss and quartzite. Therefore, everywhere from the fine soil are the numerous rocks and boulders. Iceland has a peculiar relief - "Country of fire and ice." Island area is a young earth's crust, where there are numerous geysers and volcanoes. Most active Hekla volcano. Iceland's most active volcanic area our planet.

In the past, due to cold climate of Northern Europe which covers glacier. Moving, huge masses of ice-polished rocks, smoothed the earth surface, formed glacial deposits - moraine. On valley glacier brought huge boulders. The result is ancient glaciation and fiords - Narrow, winding, deep sea bay with high steep banks, which cut banks Scandinavian Peninsula. They were formed because of flooding by the sea glacier deep river valleys and hollows. 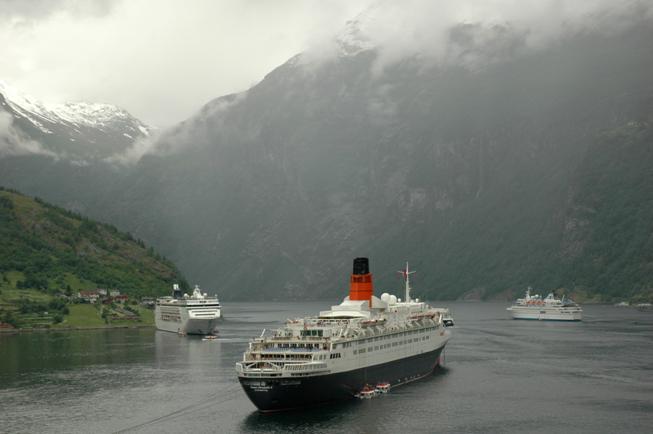 Climate Northern Europe, despite its location in the northern temperate and subarctic zones, and not so severe. Its warmth softens the North Atlantic current. Winter there are surprisingly quite warm, summer, by contrast, cool. Wet winds from the Atlantic Ocean cause cloudy, cloudy weather with mist and fog.

Due to the large amount of rainfall (more than 1 000 mm / year) Northern Europe is rich in inland waters. Rivers flowing though always, but very short. In many river-beds their thresholds and waterfalls, and very turbulent flow. These rivers can not be used for shipping. Instead, they are a source of swift flow of cheap electricity because the rivers are building hydropower plants. Numerous are the small and large lakes, which occupy vyorani glacier basin.

Northern Europe - a land of forests. While part of it and occupied by tundra, but large areas of common boreal forest - pine-fir forests with an admixture of birch.

Natural features of northern Europe left their mark on cultural traditions of the population. And now the popular folk songs dances and fairy tales where the heroes are the trolls - supernatural beings in the form small little man. Often, the different holidays, you can see folk costumes Handmade. 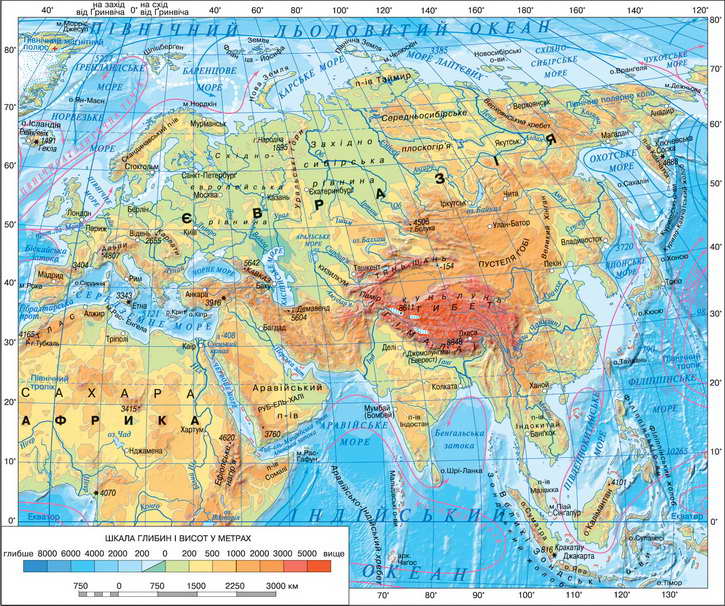 NORWAY. Name Norway translated as the north path. So at first called the coastal path that the Normans published in the North Sea. Later became known as the coast of Norway, and then state, there arose.

Since classes Norwegians primarily associated with the sea, it is important sectors of the economy are fishing and rybopererobka. Interestingly, eat fish in this country pryzvychayilysya not only people but horses and cows. Modern fishing marine vessels equipped with computers that helps you find shoals fish. In addition, the sea gives the country minerals. On shelf North Sea extract oil and gas, on Fr. Svalbard - Coal. In Mountains lie various ore is the raw material for ferrous and nonferrous metallurgy. Among the areas of engineering especially well developed, and ships oil platforms. Such wealth as a forest produce high-quality paper and lumber.

Natural conditions of the country, part of which lies beyond the Arctic Circle, little suitable for farming. Therefore, the main branch of agriculture - raising. Bred cattle, sheep, pigs, fur animals and deer. Norway has one of the world's largest Navy. Main seaports - Oslo and Bergen. Considerable importance is tourism. Many tourists come to the country to visit museums Viking ships, the legendary "Fram and Kon-Tiki "and admire the beauty of northern nature. 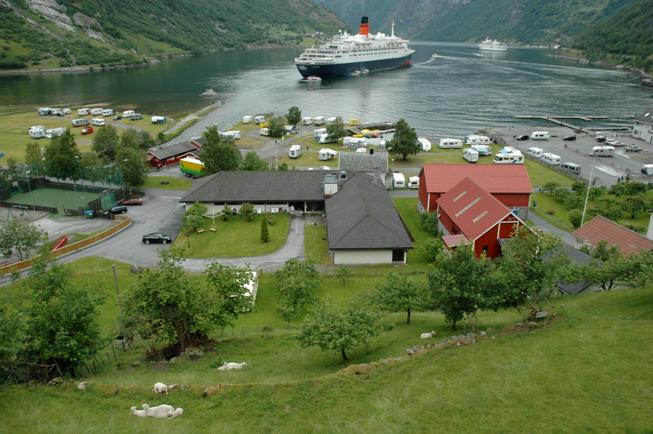 The main populations - the Finns. Except They live in the country Swedes, Lapps. In ancient times people settled so as not to visible smoke from the chimney neighbor. Their traditional occupation of fishing were Seals and Fisheries. Now the majority of the population lives in cities and in busy various sectors of the economy. Modern Finnish way of life is such that every family should have a cottage, a sauna and a boat.

The main wealth of the country is forest. "Finland without woods, as bears no hair - they say its residents. Wood goes to the production of lumber, furniture, cardboard and paper. This production exported to other countries. Because Finland is called "forest shop" Europe. It is important that while deforestation by planting trees. Stocks of iron ore and nonferrous metal ores - the basis of black and ferrous metallurgy. Among the areas of machinery production is allocated Equipment for paper industry. Finland has no equal in the world manufacture of ships, icebreaker. The global market known Finnish mobile phones, "Nokia".

In agriculture leading role played by livestock, especially cattle breeding livestock and poultry. Also raised fur animals - mink, silver fox, fox. For removal of fur production in Finland is one of the first in the world. On marginal lands Finns have learned to get high yields barley, oats, wheat, fodder crops. This has to build drainage system and remove the stones from the fields.

Finland has developed various modes of transport. There is a sea ferry from neighboring countries. System Inland waterways form the lakes and rivers connected channels. A notable source of money in the country's international tourism.

1.     Residents Nordic jokingly said: "We have water - though zalyysya, stones - though ubyysya and forest - though more than enough. "  Judge, IKey natural factors have caused a set of "wealth" of Northern Europe.

2.     Which industries have received in development Norway? In which they are based on natural resources?

3.     Tell features of the economy of Finland.