Remember that European countries have the highest level development of the economy.

Major Western Europe is Germany, France, Great BritainAre smaller in size - Switzerland Belgium, Netherlands, Austria, Ireland. The history of these countries has thousands of years. They have a highly developed economy.

GERMANY. Germany – оbottom of The largest countries in Europe. This is a rich state, which includes seven most developed countries.

Natural conditions in the country conducive to business people. In northern lowlands frequently in the center - serednovysoki mountains  in the South - the foothills Alps. The climate is continental with mild but windy winters and warm summers. The area of the country occurring large rivers: Rhine, Danube.  Wide-forests remain only in the mountains. Germany is rich in carbon (Ruhr pool) And potassium salts.

By number нaselennya Germany ranks first in Europe. The ethnic composition is dominated by Germans. However, in recent years migrants coming into the country (immigrants), most of Turkey, Russia, Ukraine. Densely populated country. Most residents live in cities, including as great as Berlin, Munich, Hamburg. 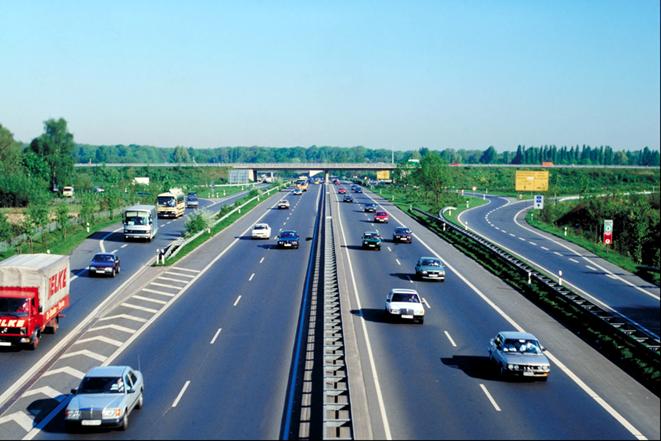 The main commodities which Germany sells to other countries, is Machinery, equipment, optics, chemical products and light industry, Radio, production of wood processing, food. Numerous architectural monuments and museums in the country attracts tourists from all over world. 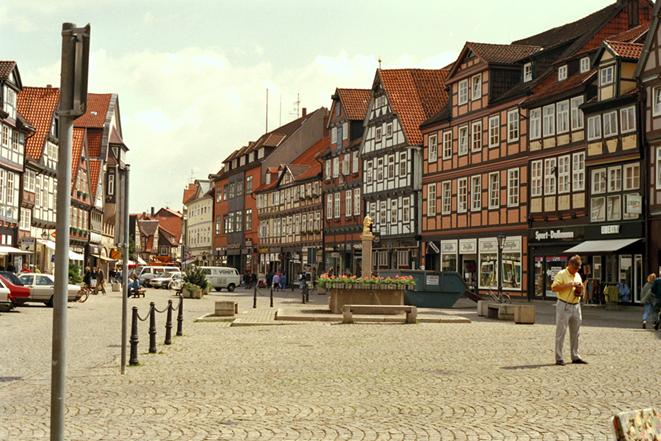 FRANCE. France rightly considered one of the most beautiful countries in Europe. Its natureof great diverse. On north, west and south are coastal areas that washed by the Atlantic Ocean and Mediterranean Sea. It is cold relief. Over the plain, comfortable for farming, mountains rise: in the southwest - Pyrenees, In the southeast - Alps. They serve beautiful mountain meadow pastures for livestock. A snow-capped peaks high ridges turned into areas of tourism and mountaineering. Moderately warm and maritime climate favorable to human life and agricultural development. On the shores of the Mediterranean is the most prestigious resort in Europe - Azure coast. The biggest river of the country - Loire. As a result of France strongly human nature changed.

Population rather homogeneous country with national content: the majority are French. Over half the population density inferior France Germany. Urban population is high enough. The capital Paris - One of the largest cities in the world. Paris called the City Museum, which attracts millions of tourists.

France - Leading AgricultureEuropean countries. It has the largest area of arable land. The French grow wheat, barley and corn. Development has gained broad vegetables. In northern common country apple orchards and in the south - apricots and peaches. On northeast is known wine province of Champagne. The main branch of agriculture is meat and dairy cattle: breeding cattle, sheep, pigs. For milk production France ranks - first in Europe by meat - the second. Milk goes to cheese production, which in the country includes over 600 species. 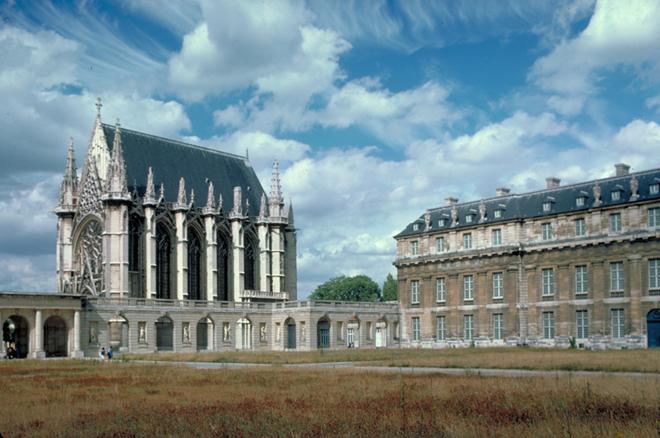 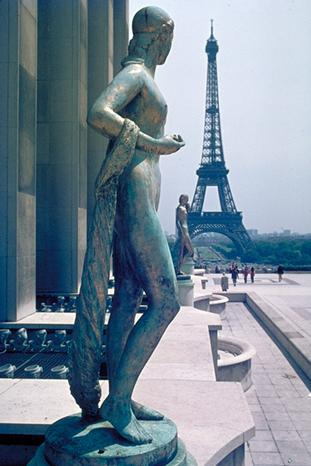 United Kingdom - Country ancient castles and ancient traditions as such. It is located on British Isles. Separates the mainland from its narrow Strait Channel. United Kingdom - powerful maritime state which was once called the "Lady of the seas." At the time intrepid English sailors joined to England numerous overseas land making it the world's largest colonial empire. Although currently the impact UK loosening it  remains among the leading countries of the world.

By natural conditionsGreat Britain is similar to the neighboring countries of Western Europe. In the north and west country stretched old, heavily destroyed mountains, south-east lie Plain. On moderate sea climate badlyany living thing Ocean: the winter makes it soft and wet - it rains almost every day, and summer cool. The British weather is changeable, variable, with mostly dismal strong winds. Dense fog curtain that will occur in summer and winter, not disappears sometimes for several days. Rivers on the islands much, but they are short. Naypovnovodnisha - Thames. Many swamps. Wide-forest almost left. Instead, large areas are meadows.

Among population country's most numerous - Englishmen. Besides them live Scots, Irish, Welshmen, who saved national characteristics. Official language - English - is widespread in worldwide. UK densely populated. Most of the population lives in cities. London - One of the largest European cities.

United Kingdom - highly developed state, a part of seven most developed countries. Leading to the household is industry. It has long been the country coal. Being developed oil and gas from the bottom of the North Sea. Metallurgical plants are in raw materials, which pryvozytsya from other countries. Machine-building enterprises produce vehicles, cars, airplanes, machine tools, radio-electronic devices. Chemicals produces plastics, synthetic rubber, chemical fertilizers. The traditional industry is textile.

У agriculture economy Brits know how to get the most from every piece of land. Wheat, oats, barley, sugar beets, potatoes. Bred on farms meat and dairy breeds of cows and sheep and pigs. Very much like horses, so bred for their athletic goals. The well-established fishing. In the seas catch herring, cod, sprat.

The country has well developed all kinds Transport. Interestingly, his head UK - Left-hand, unlike most countries, where it is right side. Great value for the island country has the sea transport.

The UK is home to popular worldwide sports - football, basketball and tennis. Well-developed international tourism. The UK has trade links with many countries in including with Ukraine. It sells machinery, equipment, oil products chemical industry. 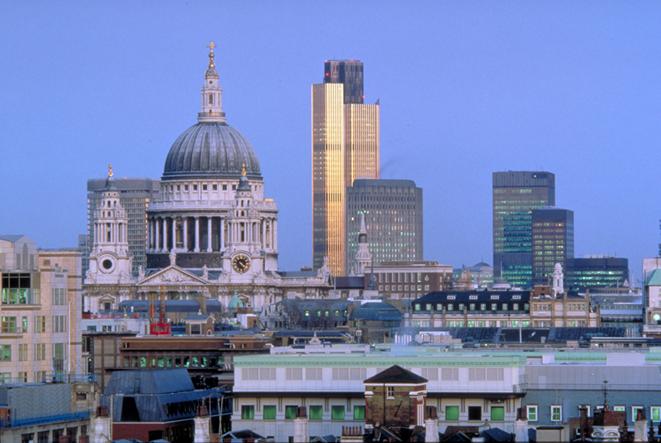 Fig. London - Capital of the UK

1. What industry developed in Germany?

2. Compare the geographic position of France and Great Britain.

4. Why the UK, France, Germany belongs to the highly developed countries?

5. Which country in Western Europe you would like to visit? Why?