1.     Recall that the state is neighboring Ukraine.

In Eastern Europe posted Poland Slovakia, Hungary, Romania. After the Soviet collapse in 1991 of political map of Europe, new independent countries, including Belarus, Moldova і Ukraine. All these countries are our neighbors. Countries that parts of Europe have a lower level of management than of the country considered Northern, Western and Southern Europe. In recent years, their economy and management of it brought about great changes.

UKRAINE.  Ukraine - The largest country in Europe. In the south it is washed Black and Azov Sea. Our Kpyramidal poplar has an advantageous geographical position as located at the crossroads between Europe and Asia.

Nature Ukraine is diverse and picturesque. Most of the flat. Average height Ukrainian Carpathians located at West, Crimean mountains - south. Dnieper RiverThat in Ukraine magnify Slavutych flows from north to south and empties into the Black Sea. The power is moderate continental climate, and only on the southern coast of Crimea - subtropical Mediterranean. The territory of Ukraine lies within three natural zones: mixed forests in the north, forest - in the center, the desert - in the south. In large areas of common black - the most fruitful soil. So Ukrainian land almost entirely under cultivation.

Majority populationthe country is Ukrainian. Besides them live Russians, Belarusians, Crimean Tatars, Jews, Moldovans and others. Most of the population, as in other countries Europe lives in cities. The biggest of them - Kyiv, Kharkiv, Dnipropetrovsk, Odessa. 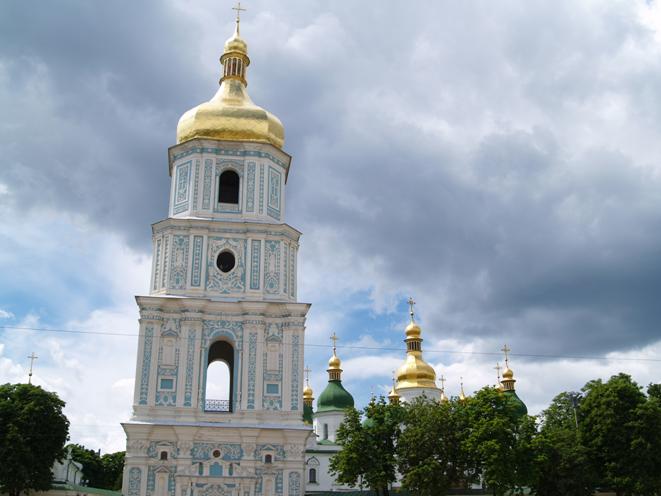 POLAND. Poland – great European country that is a neighbor of Ukraine in the northwest. It has Go to Baltic Sea.

Natural conditions Poland favorable for the development of the economy. Relief mostly flat. Only in the south tower average height - Sudety і Carpathians. The mild climate allows farmers to grow Culture temperate. The biggest river - Wisla. Poland lies in a zone of mixed forests, but forests covered only one fifth of country.

Poles make up almost 99% of the total population. Most residents living in cities, the largest of which is Warsaw і Lodz.

In Poland, developed various sectors Industry. From the depths of coal, natural gas, non-ferrous metal ores, sulfur. Poland - one of the largest manufacturers in the world sulfur, which is the manufacture of sulfuric acid is used in various industries.  Black and nonferrous metallurgy provide the raw materials engineering, which has prominent place among the branches of manufacturing industry. Polish enterprises produce cars, cars, marine vessels, and electrical products electronic industry. Notable were developed chemical and petrochemical industry. The textile industry manufactures fabrics.

У agriculture economy developed equally and crop and animal husbandry. On lowland north cultivated rye, oats, barley and potatoes, at higher elevations south, where the most fertile soil - wheat, corn, sunflower and sugar beet. Also cultivated vegetables, fruits and berries. In animal predominant cattle and pigs. The importance of poultry have and fishing.

The country has all kinds Transport:road, rail, air, pipelines, water (river and sea). The main seaport - Szczecin. Poland is known as a center of international tourism. In other countries Poland sells coal, nonferrous metals, sulfur, engineering products, chemical, light and food industries. Trade turnover between Ukraine and Poland is 1 billion.

BELARUS. Belarus – North neighbor Ukraine. The country is landlocked, but it is placed on the crossroads of important international shipping routes from Europe to Asia.

Majority populationthe country is Belarus. In addition there are also the Russian, Ukrainian, Polish. Population density is low. Most residents live in cities. The largest cities are Minsk, Brest, Gomel.

1. What state is neighbors Ukraine?

2. Which industries are developed in Poland?

3. What are the main crops, grown in Belarus.

4. In which European country you would like to visit? Why?