Geographical map - a generalized reduced model of the Earth's surface on the plane, which by means of symbols reflects the location, relationship, qualitative and quantitative characteristics of different natural and social phenomena and objects.

Unfold globular surface of the Earth on a plane is unavoidable gaps crossed and distorted image. To map was solid and most accurately reflect the earth's surface, using cartographic projections - the mathematical methods of image on a flat plane of the spherical Earth's surface. When creating maps of different ways to carry the plane geographical grid. Design graticule onto the plane is performed using geometric shapes. In view of the geometric surface cartographic projection divided into cylindrical, azimuthal, conical.

None of the projections makes it impossible to create a map which would be absolutely no distortion. Map distortion - a violation of the geometric properties of objects of the earth's surface (the length of lines, angles, shapes and space) for their picture on the map. By type of projection distortions are divided into equal, rivnokutovi, rivnopromizhni. Depending on the scale map, mapping territory choose one or another projection. 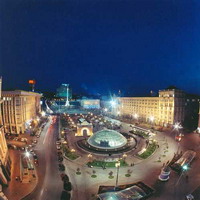 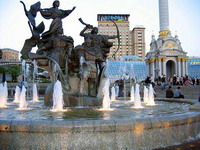