1.     What are the environmental conditions typical of the extreme eastern regions of Ukraine? What natural resources are rich?

2.     Which industries are developed in the Donbass?

Donetsk Economic Region is the largest by population and average per square The district of Ukraine. 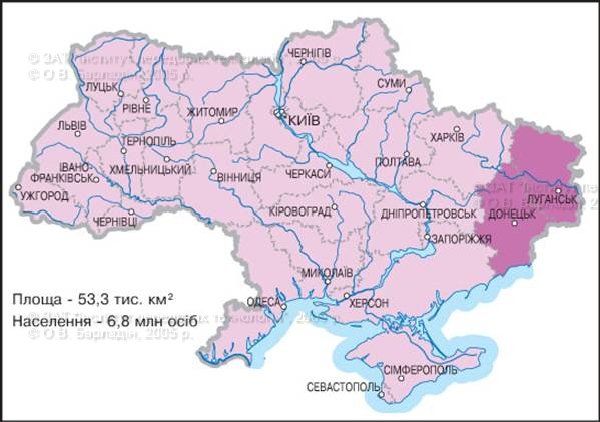 - Frontier arrangement with Russia, out to sea, proximity to industrialized Dnieper and the North-Eastern economic regions;

Industrial of the district historically formed on the basis of the coal industry, which has widespread deployment. On the basis of fuel extraction formed a powerful thermal energy. Top TES Vuglegirs'ka, Zuevskaya, Starobeshevskaya, Kurahovskaya, Lugano.

There Donetsk region is the same district ferrous metallurgy, formed on the basis of its own coking coal, refractories and limestone and imported ores (from the Dnieper), the main centers - Mariupol, Alchevsk, Khartsizk, Makeyevka, Lugansk, Donetsk, Kramatorsk. Non-ferrous metallurgy is represented by production of zinc and lead (Borispol), Mercury (Gorlovka). 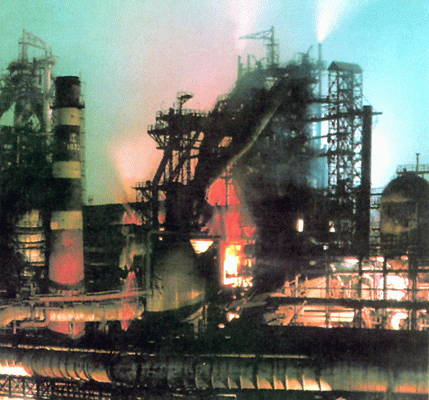 Among the areas dominated by heavy machinery that produces equipment for mining and metallurgy - plants in Kramatorsk, Gorlovka, YASINOVATAYA, Slavic, Donetsk, Khartsyzk etc.. Railway equipment produced in Lugansk, Stakhanov and Mariupol, Taps - in Kramatorsk, Various instruments (in including refrigerators) - in Donetsk.

Donetsk region has one of the very thick transportation network in Ukraine ways. Railways and roads connecting it with neighboring regions of Ukraine and regions of Russia. The biggest railway junctions - Debaltseve, Yasynuvata, Ilovaysk, Popasnaya, Donetsk, Lugansk.

The area District pass pipelines from Russia, which natural gas and oil transmission in other regions of Ukraine and Europe, but also come in numerous local customers (including Ukraine's largest Lisichanskogo refinery). Mariupol is one of the largest in Ukraine seaports. 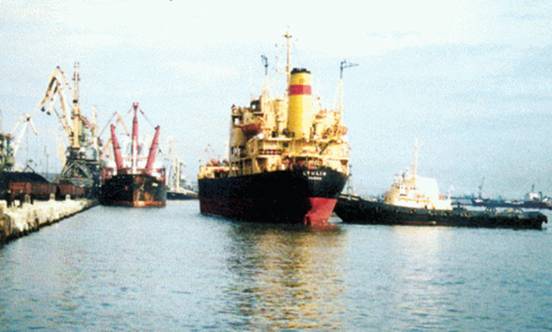 LARGEST CENTERS & Sightseeing. In Donetsk and Luhansk regions located around one fifth of cities in Ukraine and a quarter large cities. Around them formed large agglomerations - Donetsk-Makiivs'ka, Gorlivs'ka-Yenakiyevoet al. The largest centers of the district is "the capital of Donbass" Donetsk, City Lugansk Mariupol Makiivka Horlivka Kramatorsk, Alchevsk, Severodonetsk.

A famous landmark of spiritual culture of the area is Church of Assumption Monastery XVII-XIX. in SlavyanogorskThat of the Seversky Donets - a place pilgrimage pilgrims. 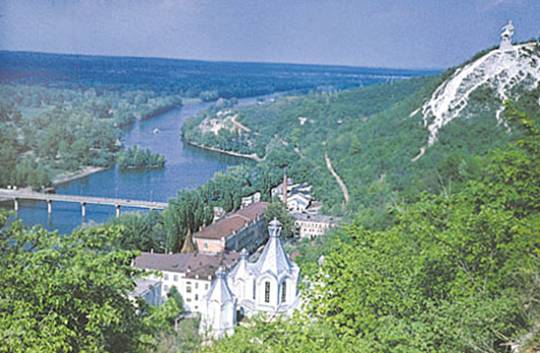 2. Tell us about the conditions that facilitated intensive economic development.

3. What industry will determine the economic specialization Donetsk economic region? What factors have caused it?

4. What are the biggest in the area formed industrial and cultural centers?