struggle for social and national liberation facilitated spiritual formation of the Ukrainian people. Tsar's empire collapsed and the Bolshevik had not formed and this gave hope for the establishment and development of Ukrainian state and consequently the national culture. However, in a brutal struggle for power education, science and culture have become hostage to politics. Severe class collision generated a new ideology and morality that are not invested in the tradition of the Ukrainian people, the perennial and universal values of humanism. Bulk deformation of consciousness, many casualties among media culture as a result of death or emigration provided the cultural process 1917 - 1920 Famine in Ukraine tragic hue.

In 1917 - 1920 Education in Ukraine found itself in the center of the struggle of different political forces. Central Council and conducted hetmanate Ukrainization school. Opened new Ukrainian school, introduced training programs, which provided binding Ukrainian language, history and geography of Ukraine.

processed curriculum in its own way, providing for the education of children primarily in the spirit of devotion to the ideas of socialism. Soviet power was treated with fear manifestations of national life and crossed Ukrainization of Education. Unable to achieve the desired result through peaceful means, the Bolsheviks resorted to violent actions and command methods. Thus, National Union of teachers who did not take the Soviet reforms in the school field, was dissolved. The same fate befell the national cultural and educational organizations - "Enlightenment". They were particularly popular in the country and unite all who cared about Ukrainian cultural heritage.

Soviet authorities tried to reform the education system to make it controlled and directed at strengthening the Bolshevik regime. In 1920 the number of schools and students, some progress has been made in eliminating illiteracy among the adult population.

active struggle unfolded in high school. First, to study natives adopted the working class and peasantry. Universities have been eliminated, instead of them appeared institute of education. Since joining the university demanded a certain level of knowledge, the students for future workers' faculties were opened.

day Hetman was created Ukrainian Academy of Sciences. Its first president was the V. Vernadsky. After the Soviet regime some prominent scientists have emigrated, but most continued to work productively.

not easy consisted creative destiny of Ukrainian writers and poets. They cheered on the Ukrainian national revolution, a painful event experienced civil war. At this time loudly declared himself a talented poet Tychyna, V. Sosiura, V. Chumak. Many gifted poets, among them A. Oles, had to leave home forever.

did much for the development of Ukrainian culture Hetman P. Skoropadskyi. Opened Ukrainian universities, libraries, theaters. Specifically, in 1918, founded the Ukrainian drama and opera, Ukrainian National-led chapel O. Kosice, State Symphony Orchestra. New musical drama agencies and creative teams have appeared in Ukraine and in 1919-1920 he

With the Central Rada in Kyiv in late 1917 opened the Ukrainian Academy of Arts, which brings together prominent artists. At this time in Ukraine created Master paintings and graphics Boichuk (the first rector of the Academy), and F. V. Krichevsky, G. Narbut, O. ants. G. Narbut projects is the author of banknotes of the Central Rada and Hetman government, national emblem and seal, stamps, military uniforms.

During the Revolution and the struggle for liberation among Ukrainian believers and clergy mature desire to have an independent (autocephalous) Church. However, the Russian Orthodox Church tried to prevent loss of control over the dioceses of the former Tsarist Empire. To declare autocephalous Ukrainian Orthodox Cathedral in January 1918 did not allow the Bolsheviks. Bolshevik Party launched a fierce struggle with religion and church. Closed temples and monasteries, clergy and believers were persecuted. The idea of declaration of the Ukrainian Orthodox Church (UAOC) became part of Ukrainian national liberation movement. 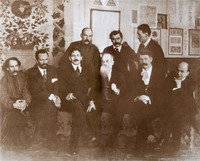 Hrushevsky among Ukrainian scholars and artists 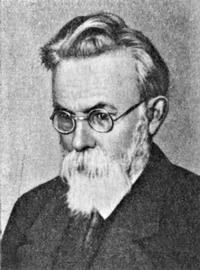 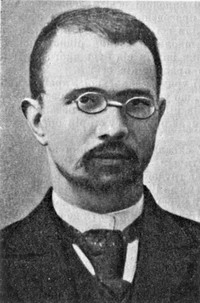 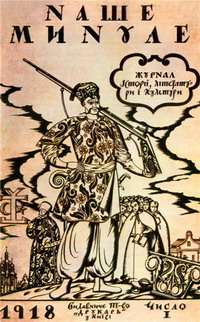 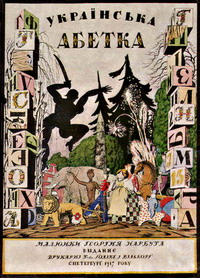 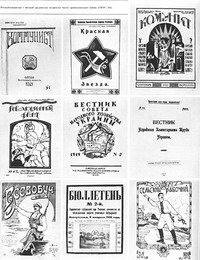 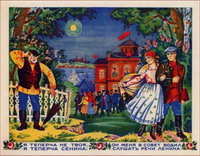 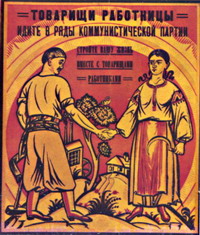 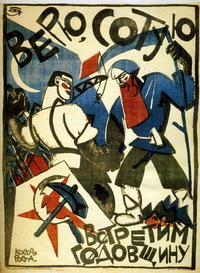 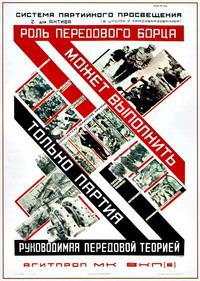 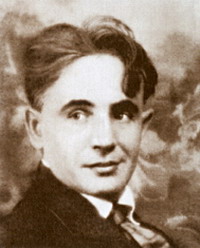 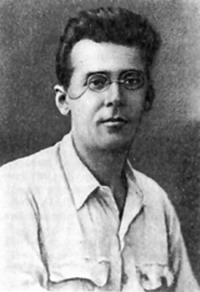 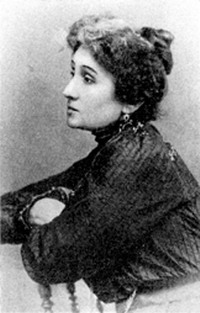 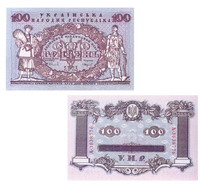 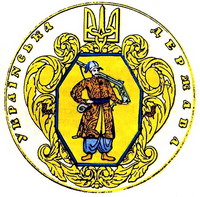 Emblem of the Ukrainian State. 1918 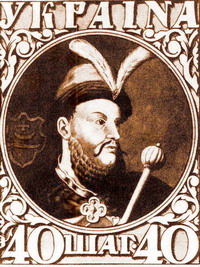 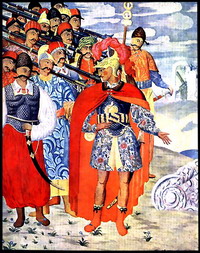 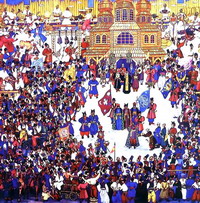 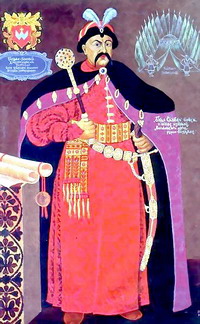 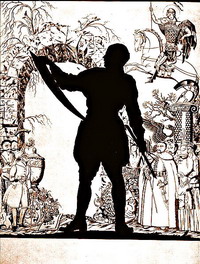