time of the reign of Nikita Khrushchev in the Soviet Union were marked by attempts to reform all sides of social life, ranging from rehabilitation of political prisoners and the renaming of cities, and up economic restructuring and administrative system of the country. Amended and the administrative-territorial structure of Ukraine. In January 1954 the southern part of the Kiev region highlighted in the Cherkasy region, in February of that year eliminated Izmail region, connecting it to Odessa. A February 19, 1954, in honor of the tercentenary Pereiaslav Council, Ukraine officially annexed the Crimean region of the RSFSR. In this regard, the Bureau of the USSR Supreme Soviet adopted a decree on the transfer of the Crimean region of the RSFSR to the USSR. It is presented as "evidence of Russian friendship with the Ukrainian people." At first territorial acquisition formed the additional burden on the Ukrainian economy, because after the deportation of the Crimean Tatar people of the peninsula farm stayvalo not in the best condition. Besides joining the Crimea dramatically increasing the proportion of Russians in the population of Ukraine. Instead, the Soviet leadership encouraged the Ukrainian leave the republic.

The most noticeable outflow of the Ukrainian population in the eastern region of the USSR in 1954-1956 he held during the pioneering. Administrative-territorial transformation culminated in May 1958 with the merger and Drohobych Lviv regions. Since here nearly 50 years beyond the borders of Ukraine and its regions are unchanged.

were taken measures to improve management of the national economy by replacing the central branch of territorial administration. To that end, the Council of Ministers of the USSR from September 26, 1957 in Ukraine was created 11 economic districts. In each of them acted Council of National Economy (radnarhospy). Under federal and republican likvidovuvalysya sectoral ministries - their powers were transferred to radnarhospiv. So much of the levers of the economy focused on the ground. In 1960, operating from three radnarhospiv vyokremylysya: Poltava, Cherkasy and Crimea. Radnarhospiv system caused some inconvenience in the management of industry, not considered at the outset of reform. To fix them, formed the Ukrainian Council of National Economy, and in late 1962 instead of 14 economic districts formed seven economic regions. But this reform has not had the expected resultsDad and administration of started to return to the old centralized scheme.

During 1950 and early 1960's continued industrial growth of the country.

In the Donbass and the Lviv-Volyn coal basin introduced new mines in operation. Along with the increase of oil production in old industrial areas were trimmed Precarpathians petrocrafts in eastern regions of Ukraine. In 1956, started operation SHEBELYNSKYI natural gas deposits in Kharkiv.

late 1950's were built and TL Kremenchug hydropower, but the side effect of increasing the energy potential of the republic was flooding water reservoirs and fertile land hustozaselenyh Naddniprianshchyna.

quickening steel produced the following results: in 1951 - 1958 iron production in Ukraine increased by more than 2 times, and rolled steel - 2,5 times. The total production of machine building and metal increased in 3,4 times. Unfolded construction of chemical enterprises. Assumed that maintaining such growth in industrial production, the USSR in the short term will create material and technical base of communism, will catch up and overtake most developed countries. However, a return to the administrative-command system rozvertalo Soviet economy on extensive road management, and eventually led to stagnation. 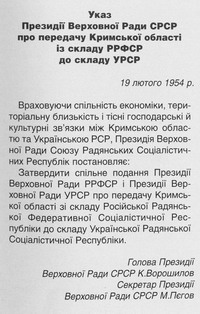 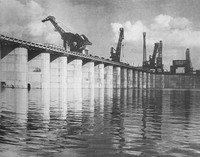 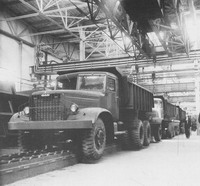 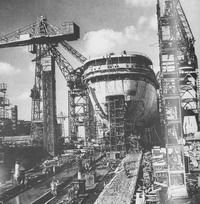 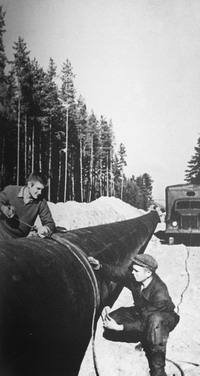 Construction of a gas-Shebelynka Ostrog. Kharkiv, 1960