Union of Soviet Socialist Republics was formally "common union multinational state formed on the principle of socialist federalism as a result of free self-determination of nations and the voluntary association of equal Soviet Socialist Republics. There were 15 union republics. below them in the Soviet administrative and territorial hierarchy were created by the national principle Autonomous Soviet Socialist Republic, which numbered 20. Small nations have their own autonomous region (there were 8) and autonomous districts (10). Combined administrative units called edges. They were there in 1989 6. Despite the declared equality, dominant nation in the state were the Russians (they were about half of the population), the national language - Russian, all major issues resolved in Moscow.

Cementing force that is confined in the Union republics, was the Communist Party of the Soviet Union (CPSU).

Party structure controlled all aspects of life are, the more that leadership role of the Communist Party in Soviet society was set forth by the Constitution (1977). This constitution guarantees the right of free exit from the Union republics, but de facto - it was not possible, and even public discussion of this was considered treason. So from the USSR since its founding in 1922, remained an authoritarian centralized state of the imperial type.

Area USSR amounted to 22.4 million km2 - it was the largest country in the world and the largest population (286.7 million people in 1989) gave way only China and India. However vast expanse were not equally mastered. Production potential of the state concentrated its European part. Asian, most of the USSR, was sparsely populated and poorly mastered area. On the place of the Ukrainian SSR in the Soviet Union shows that at 2.7% of the population 18% of the total population (51.7 million people). Ukraine gave a quarter of all agricultural products of the Union, over 17% of industrial production, including 40% of all Soviet steel, coal 34%, 52% iron, as a whole - 20% of total national income of the USSR.

At the same time, Ukraine has contributed to the union budget for 10% more than received from it. If the economic potential of Ukraine inferior only to Russia, the level of consumption is behind the same from Russia and Baltic republics. Salaries in the Ukrainian SSR kennel at 10% below the average for the Union. Therefore, by operation of Ukraine allied leadership found funds for priority development of the eastern regions and for other purposes, far from the interests of Ukraine. 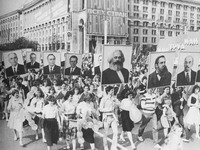 Near the demonstration after the explosion at Chernobyl. Kyiv, 1986 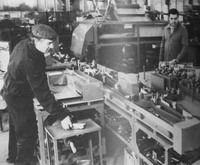 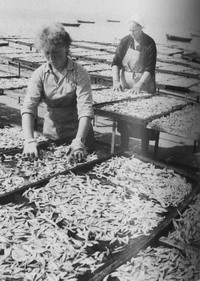 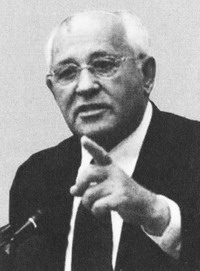