emergence of human life in Ukraine

Archaeology - the science that studies the history of society to the material remains of human life and activity - real (archaeological) monuments, explores some antiquities and complexes that opened up by archaeological excavations, based on which play history eras who have little or no written sources covered.

Zalyudnennya in Ukraine took place through the Balkans and Central Europe. However, some scientists believe the likely paths and through the Caucasus.

The cave This finding confirms

So Neanderthal times reaches the origin of art and religious beliefs. Cultivating spirituality prorostaly among Neanderthals tens of thousands of years. However, archaeological findings also confirm the initial ferocity and cruelty. Thus, many findings give grounds to argue that among Neanderthals were widespread cannibalism.

3. The emergence of Homo sapiens and its lessons. The most famous park of late Stone Age

Numerous archaeological materials show steady population growth in Ukraine in ancient times human history. Our land - one of the richest in monuments of stone-age Europe. It is through Ukraine, which is located in the extreme southwest of Europe, was the settlement of the eastern part of the European continent.

The emergence of human life in Ukraine 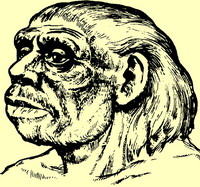 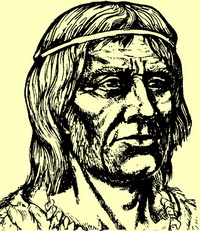 Stone tools from the Queen 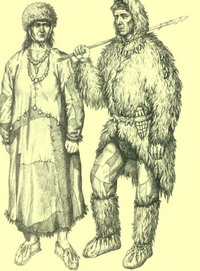 Reconstruction of the clothes people Naddniprianshchyna in Late Pleistocene 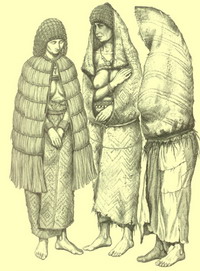 The reconstruction of Paleolithic women's clothing