earliest farmers and herders in Ukraine

Archaeological Culture - a set of similar real balances, obtained during excavations that belong to the same historical time and territory. Similarity of form and decoration of tableware, decoration type, features and construction of dwellings rice burial ceremony indicate archaeological sites belonging to one nation or close to the people. The names of archaeological cultures are usually formed from the names of localities where it was first revealed typical sites (Slavic culture - from the village Chernyakhiv), or characteristics of archaeological finds (culture Globular Amphora, Corded Ware culture), the characteristics of Graves (Srubna culture). Defining Scope of archaeological cultures, scientists draw conclusions about ancient population settlement, establish roots and their origins, etc..

Mesolithic - Stone Age era, which was in transition between the Paleolithic and Neolithic. On the lands of Ukraine Mesolithic era lasted from about 10 thousand to 7 thousand years ago.

Neolithic - added a new stone age, the final stage of the Stone Age, who replaced Paleolithic and Mesolithic. Combine the era during which the person came to obtaining food, growing plants and animals odomashnyvshy. In Ukraine, it lasted from 7 thousand to 5 thousand years ago (5-3 BC), according to other data, begins in the plains of 6 thousand BC forest in 5 thousand BC ends in the plains in the first half of Article 4. BC In forest-steppe at the beginning of 3 thousand BC

Copper Age - copper-stone age - a transition link from Stone Age to the age of metals, when there are things made of copper - first metal, beset by a man, but a leading role in the manufacture of implements still belonged stone. In Ukraine eneolith took in 3.4 thousand BC

Bronze Age - a period in human history, when along with stone tools were distributed, bronze (copper alloy with tin, at least - lead, zinc, etc. ). In our area Bronze Age lasted from the beginning of 2 nd to the 1 thousand BC. e.

2. People's lives for the Mesolithic

3. The spread of farming and cattle on the lands of Ukraine Neolithic

Archaeologists have found numerous In the village

His name In yamnykiv The moving- It

In the steppe unlimited

So, in the Bronze Age in the steppe zone, in contrast to agricultural world (represented by a Trypillya culture), formed the world cattle. It is a pastoral steppe environment of researchers associated praindoyevropeytsiv - people who come from many modern Indo-European peoples, including Ukrainian.

The earliest farmers and herders in Ukraine 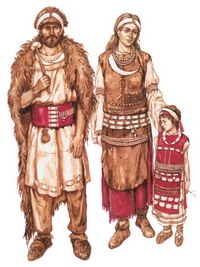 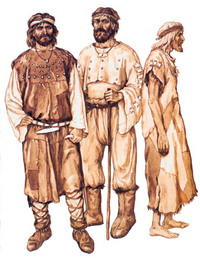 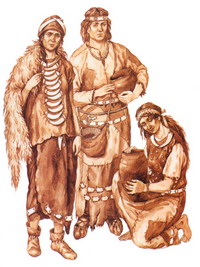 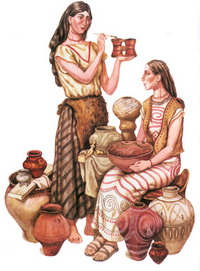 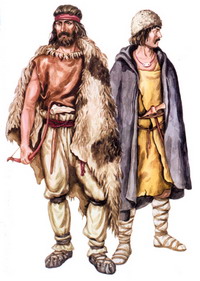 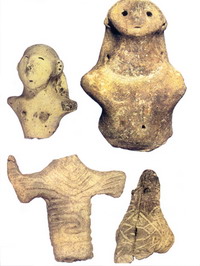 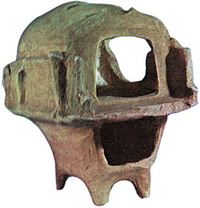 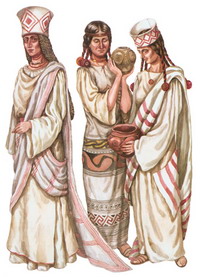 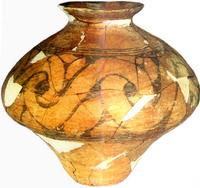 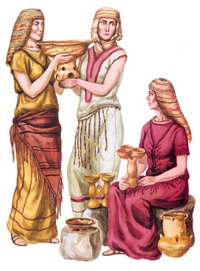 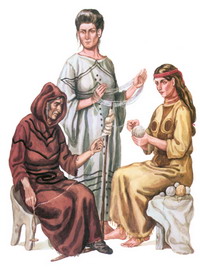 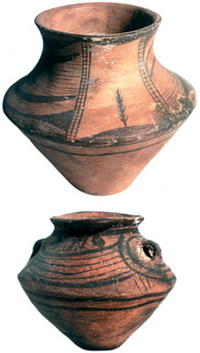 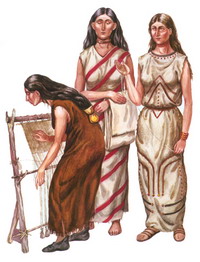 Reconstruction of the menswear day of copper 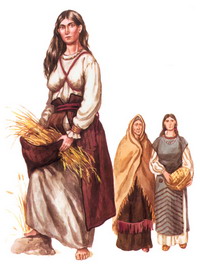 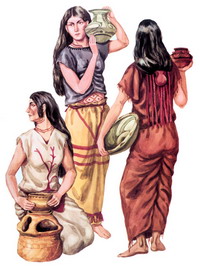 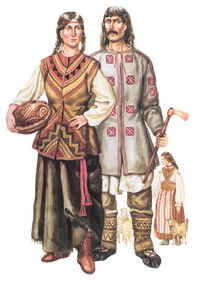 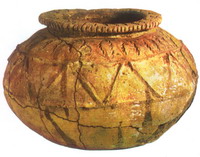 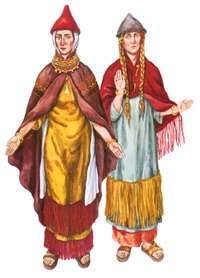 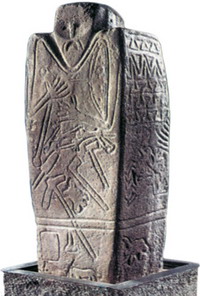 A stone stele of ancient Indo-Europeans 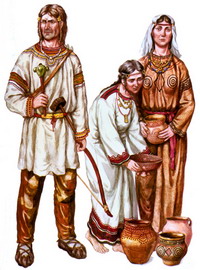 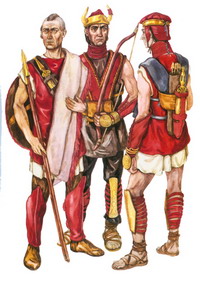 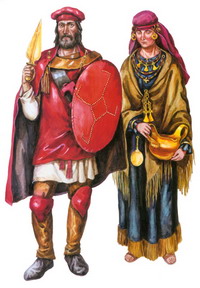 A warrior and a woman. South of Ukraine, bronze age 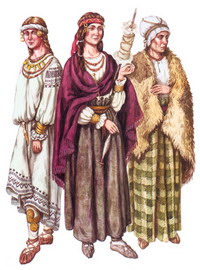 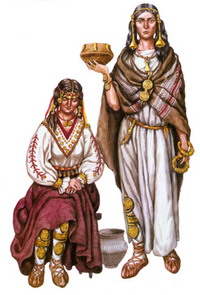 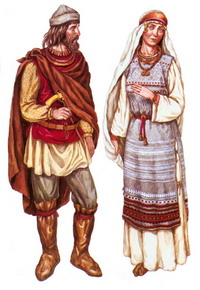 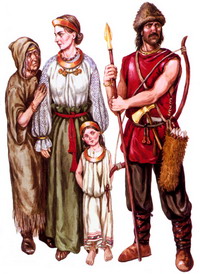 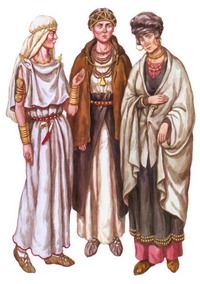