Formation of Galicia and Volyn State

Jaroslav Osmomysl (1130-10.01.1187) - The Galician prince (1153-1187 biennium). Son Volodymyrka Volodarovycha. During his reign Yaroslav V. earned a name Osmomysl - Prince wise and eloquent, and honorable in all land troops and glorious, as the chronicler wrote. This poetic passage gives an idea of large territories Galician Principality, its military power, and most importantly - a very great authority on the Galician prince, and influencing the policy of Rus lands, and European neighbors. As to the events described in the "Word ...», then Jaroslav had to do with them schonayblyzhchyy as Igor of Chernigov - author unsuccessful raid Polovtsian - dovodyvsya Yaroslav's son in law. Famous Yaroslavna that vymolyuvala in Putivl on the shaft at the gate Igor happy for the campaign - it Osmomyslova daughter. The mention of Yaroslav Galician in ancient poem was for researchnykiv kind of work a key that allowed more or less precisely dated to work because the author has sought to Osmomysl how to live, and this prince died in 1187

The formation of land- Such fame earned Name In Galicia

2. Highlights from the history of Galician principality

Difficulty Three In such circumstances Combine ground The biggest hassle However

Galicia, according to the researchers, was marked by a peculiar political structure. It is considered a model of oligarchic rule.

However From the evidence of his foreign

on huge state-Roman experience with exclusion and the fact that he took advantage of the blazing death Galician Prince Vladimir in 1199 and annexed Galicia to his domains.

Tu Many With a commitment to

Create Galicia-Volyn principality headed by the "autocrat of all Russia" Roman I of Kiev was an important milestone in the history of Ukrainian statehood, because unlike the Kiev multiethnic state of Galicia-Volyn Ukrainian based on a single basis. This gave grounds Ukrainian historians called Roman "creator of the first national Ukrainian state that as a separate political body existed until the late 14 century.

5. The situation in Galicia-Volyn principality after the death of Roman Mstyslavych

Death First, they Above However

Return Not wanting to obey However

7. The struggle for the reunification of Daniel of Galicia-Volyn principality

Daniel Only Then Aspiring 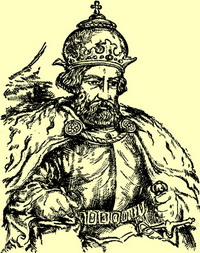 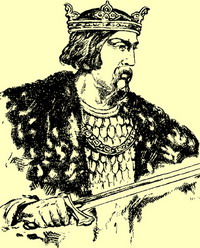 Prince Roman I of Kiev