Liubard - son of Grand Duke of Lithuania Gedymin, after the death of George II in 1340 took the Galician-Volyn throne. Tue struggle for restoration of Galicia-Volyn principality.

Keystut - son of Grand Duke of Lithuania Gedimin. Owned land in western Lithuania. 1345 Keystut expelled from Vilnius Yevnuta his brother and ruled the Grand Duchy of Lithuania along with older brother Olgerd.

Vytautas - Keystuta Hedyminovycha son, Grand Duke of Lithuania (1392-1430 biennium). Opposed conditions Krevsk Union, fought for political independence of Lithuania from Poland. According to the agreement signed in 1392 in jail, was found by Polish king Jagiello ruler for life Duchy of Lithuania.

Yahajlo - Olgerd Hedyminovycha son, Grand Duke of Lithuania (1377-1392 biennium) and king of Poland (1386-1434 biennium). After his father's death was Great-throne and began with his uncle Keystutom ruler of Lithuania. Soon the fighting broke out between them that resulted in death Keystuta. Krevsk Union signed in 1385 in 1387 and conquered Poland annexed to the Galician land. Founder of the Jagiellonian dynasty.

1. The internal situation of Galicia-Volyn principality after the death of George II Boleslaw

Invitation to the Galician-Volyn table Lithuanian duke of Westminster

Historians estimate As for

fight for the Galician-Volyn land between Lithuanian and Polish rulers

So long war ended because of Galicia and Kholmshchina Belz land came under protege of the Hungarian king, Volyn - under the authority of the Lithuanian dynasty.

2. The entry of Kyiv, Chernihiv-Sivershchyna, skirts to the Lithuanian State

joining lands of South-Western Rus turned Duchy of Lithuania to the large feudal state. the end of 14 century. it was a federation of land-principalities, including Ukrainian - Kyiv, Chernihiv-Seversky, Volyn, Podolski. Each of them is, as always, ruled autonomous prince, however, is no longer with the Rus dynasty Rurik dynasty, and a Lithuanian - Hedyminovychiv. Kyiv and Chernihiv-Sivers'kyi owners, in particular, were the sons of Grand Duke - Vladimir and Dimitri Olgerdovich Korbut. In Volyn reigned Olgerd Liubard younger brother, and after him - Lubart son Theodore, in Podolia ruled nephews Olgerd - Princes Koriatovychi. The new rulers quickly turned into Ukrainian Lithuanian dynasty rulers.

3. Features social and political life of Ukrainian lands in the Grand Duchy of Lithuania in the second half of the 14 century.

Stay Rus lands in the Grand Duchy of Lithuania was characterized by several features.

But the salient feature of

This contributed to raising

With the death of Westminster However, about

Immediately after the accession of Poland, Galicia to the Polish government set about opolyachuvaty Ukrainian forcibly enforce Catholicism: the existing closed, banned construction of new Orthodox churches and monasteries, the Orthodox forbidden to occupy high positions; planted disregard for the Ruthenian Orthodox faith and culture.

Start the Lithuanian and Polish rule in Ukrainian lands 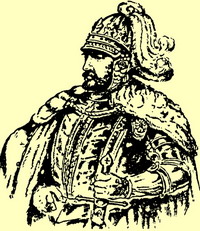 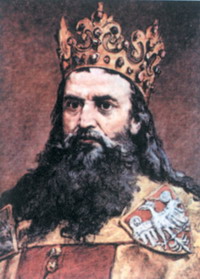 Treaty of Westminster by King Kazimierz 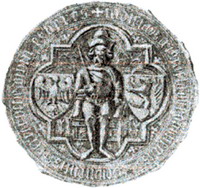 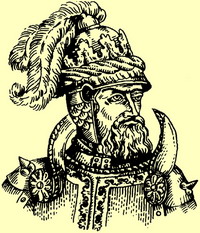 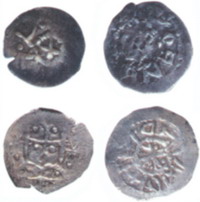 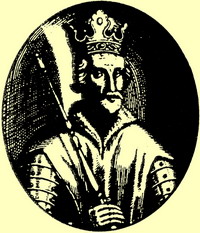 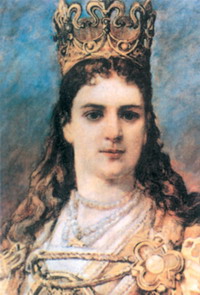 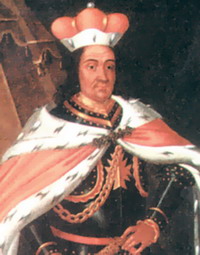