Ukrainian lands ruled by Lithuania and Poland in late 1914 - in the first half of the 16 century.

Svydryhajlo - Olgerd Hedyminovycha son, younger brother of Jagiello. After the death of Vytautas declared Lithuanian Grand Duke. In 1432 as a result of collusion Lithuanian and Polish magnates led by Sigismund Keystutovychem Svydrygailo removed from the grand throne. Thu long struggle for power with Sigismund in the Grand Duchy of Lithuania, where he supported the Ukrainian princes (Sigismund refused to recognize the rule and, according to the chronicler, Svydrygailo planted a "grand reign of Rus"). In 1435 Svydrygailo troops were defeated by the armies of Sigismund in Vilkomyrskiy battle.

By Vytautas The independence of autonomous principalities And

Thus, during 1393-1395 he was deprived of the Shares have been worst of princes.

Duke Vytautas policy aimed at eliminating the largest shares of independence, attacked the Ukrainian state, because it is separate principalities statesman idea embodied in the lands of Rus-Ukraine that were in the Grand Duchy of Lithuania.

2. Strengthening the Polish influence on the Ukrainian land

resisted Vytautas Krevsk Union, to counter the strengthening of the Polish influence he could not.

Search It was restored

to Ukrainian lands new Polish-Lithuanian agreement had undesirable result: it particularly included the appointment to senior government positions only Grand Duchy of Lithuania, Lithuanian Catholics, which significantly limited the rights of the Orthodox Ukrainian elite, which to achieve public office had to deny their ancestral faith and then - and nationality.

After the death of Vytautas

Svydrygailo to Ukrainian and Belarusian nobility caused discontent Lithuanians, and with the support of Polish Lithuanian Grand Duke Vytautas's brother was proclaimed - Sigismund.

Grand Duchy of Rus' Revolt against pro-Polish and Polish and Lithuanian prokatolytsky minded tribal notables after an unsuccessful battle is little chance of winning.

4. Recovery and final liquidation of Kyiv and Volyn autonomous principalities

Consequently, attempts by the Ukrainian aristocracy maintain Ukrainian statehood have not been successful. Elimination of autonomous principalities to a loss of stratum princely statehood status, which she performed a carrier.

Ukrainian lands in XIV century. Possession Hedyminovychiv Lithuanian princes in the second half of the XIV century.

Ukrainian lands in the XV century. 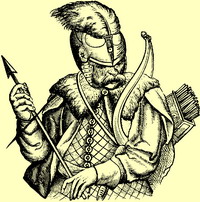 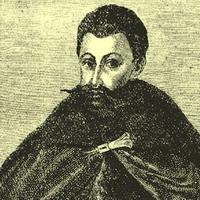