social order and economic life in Ukraine in the second half of 1914 - early 16 th century.

nobility - birth Ukrainian nobility, aristocracy. Word gentry denotes a group of people known and well-born. The nobility was the tip of the society and its elite. For many centuries served as the political leader of the Ukrainian people, an exponent and defender of its national interests. Representatives of the groups carried out the political leadership, asked certain political goals have contributed to the culture and education, supported the church and the people fed sense of national identity.

tycoon - the most powerful and influential landowners, mostly princes.

shop was a self-governing community of free artisans of one or more specialties, headed by elected officers - Tsehmistro. Besides artists, the shop assistants were their - apprentices (comrades) and students (condyle, boys). Each shop had its written charter, approved by the king or the owner of the private city. Charter defined as features of production and general lifestyle artisans.

Magdeburg Law - right which the city rid of court administration and the big landowners and created local governments like the German city of Magdeburg .

Serfdom - system of legal norms that establish the dependence of peasants on feudal lord. Serfdom included to attach themselves to the land of peasants, feudal law to labor and peasant property, the alienation of his land as well without it, depriving peasants the right to dispose of immovable property, inheritance, to appear in court and others.

Voevoda led the notification and collection of noble militia of its territory, presided over dietine that it convened for selecting candidates for Zemskov governments; supervised prices, weights and measures in royal cities.

Filvarok (Polish folwark, from him. Vorwerk - farm, farm) - Poland, Lithuania, Ukraine and Belarus in 14-19 centuries. diversified economy, where raw materials are not only produced but also on pereroblyalasya distillery, tannery and in the mills. Based on the gratuitous labor of serfs. Products exported to markets manors. in the Ukrainian lands Filvarky was introduced in Galicia in 15 century. In most Ukrainian lands were part of Lithuania, filvarkova economic system began to be implemented from within. 16 cent.

Konstantin I. Ostrozhsky (ca. 1460 - 1530) - one of the most respected representatives of the most powerful princely family, uncrowned king of Russia, then as saying. Traditionally, that has reached the Kievan Rus, and by vocation, he took care of the Orthodox church and cultural life. However, most were famous as a commander. Contemporaries portrayed him as small in stature and physique plain, humble and unpretentious. But if Duke Konstantin perevtilyuvavsya on the battlefield - where he was unflappable and neshytnym as expected knights. Very brave, he did not lose sanity at the hottest moments and skillfully managed the Army. So do not accidentally prince was a favorite of King Polish-Lithuanian state Sigismund, who showered his honors and titles. Polkovodnytska Ostrozky career began after defeating enemies in 90 years. Year 1497 he became governor of castle in the winery and Bratslav, taking intoidpovidalnist for defense against attacks Krimchaks. In the same year he led the armed forces of the Great Duchy of Lithuania - it was hetman. During the battle of Moscow army in 1500 on the river Vedroshi Siversky captured. A few years was in exile, but soon returned home. Vedroshivsku wages of defeat was the Battle of Orsha in 1514 in which Ostrozhsky won a convincing victory.

zvytyazhtsya glory in the fight against the horde brought Duke Battle Vyshnivets in Volhynia in 1512 (freed from captivity one thousand prisoners) and on the river Krekhiv in Kyiv region in 1527 after winning Ostrozhskogo Krekhiv King arranged for Prince gala banquet in Krakow.

eloquently about the role of Prince Constantine in the history of the then Grand Duchy of Lithuania and the fact that by the end of his life he was at the highest governmental positions: a hetman, Vilnius and Trakai kashtelian locks. None of the Ukrainian princes never reached in the Grand Duchy of Lithuania the situation. According to researchers, the prince was the fourth man of wealth in the country and had about 60 thousand subjects.

1. The leading role of the nobility as the top Ukrainian society in the political life of that time

There was a gradual convergence However Yes

Actually, as representatives of princely families, their genealogies associated with the princes of Kievan Rus.

in the life of contemporary Ukraine occupied a special place Ostrozki family.

Lords and gentry: the fight for equal rights for all members of the aristocratic stratum

2. Ukrainian church and the state of the clergy

Within 14 - 16 centuries. the Orthodox church and the clergy were not the same.

3. The state of Ukrainian peasants

for 15 - early 16 th century. Ukrainian peasants in the life of significant changes took place, the essence of which was to limit personal freedom, the gradual enslavement.

With the proliferation of manors

6. The growth of cities

Under this law Provide

Social order and economic life in Ukraine in the second half of XIV - the first half of XVI century. 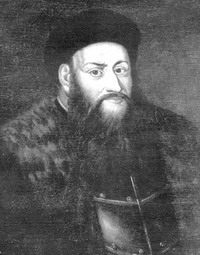 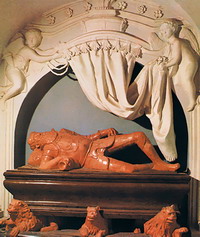 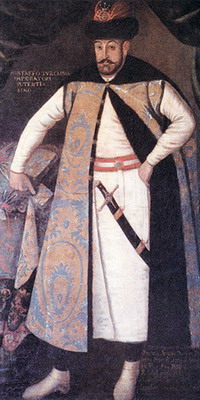 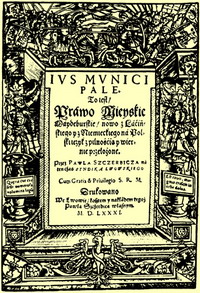 Front page of the Code of Law City Magdeburg "