Bukovina - historical region that encompasses the upper valley of the Prut and Siret. Now this area is part of Ukraine (Northern Bukovina) and Romania (South Bukovina). Name of land occurred in the 14 century. and is derived from the value of "beech forest».

Transcarpathia - the historical region that occupies the southern slopes and foothills of the Carpathian lowlands adjacent to them in the Tisza River basin. Name of the Ukrainian land speaks for itself, because it only from Ukrainian territory, is located behind the Carpathian Mountains.

Yasyr - prisoners that are captured by Tatars and Turks during predatory marches on Ukrainian land.

Hetman (from the German Hauptman, Polish hetman - Head) - Poland, Lithuania, the Czech Republic so called chief. In the Polish-Lithuanian hetman was four: two Polish (corona) and two Lithuanian, one of them was the main (large), and the other was his deputy (Pol'na).

Moldovan principality was formed in the first half of 14 century. in the river valley as a vassal principality of Moldova in Hungary. In 1359 independence. In the second half of the 14-15 century. of the Moldavian principality included Moldova (historical region in the northeast of modern Romania), Bukovina and Bessarabia. The capital of the Moldavian principality in the 14 century. the cities of Baia and Siret, in 15 century. - Suceava, and the 16 century. - Iasi. The highest power belonged to the owner (the prince) which played a large role Boyarsky Council (sofa). The first owner was I. Bogdan (1359-1365 biennium). Big Boss Stefan III (1457-1504 biennium) has made a significant centralization of the state and fought against foreign invaders. In 1538 Moldovan principality came under Ottoman authority.

Transylvania (Semyhraddya) - a historical region in the north of modern Romania. Of the 11 century. belonged to the Hungarian king. Led by seven Transylvanian region was governor with wide powers. After the defeat of the Turks Hungarian Empire in 1541 became the principality of Transylvania - vassal of the Ottoman Empire, paying tribute to the Sultan and had no right to independent foreign policy. After the battle of Mohachem 1526 entered into the land of Transylvania Transcarpathian Ukraine.

under Polish rule in Galicia were Kholmshchina and Belzchynoyu (from 1387) and Western skirts (from 1430).

Bukovina from the mid 14 century. belonged to Moldova. In 1538 Moldova recognizes the supremacy of the Ottoman Empire, and thus begins to Bukovina era of Turkish domination.

Transcarpathian of 13 century. owned by Hungary. In 1526, after the Hungarian army defeated the Turks at the Battle of Mohachem, Transcarpathia is divided between the Principality of Transylvania (vassal of Turkey) and the Holy Roman Empire, where emperors ruled the Austrian Habsburg dynasty.

1. Crimea and the Black

Before the Mongol invasion

formation of the Crimean Khanate

This shift in foreign policy orientations of the Crimean Khanate caused devastating hordes of predatory raids of Crimean Ukrainian lands.

Lithuanian government tried to organize the defense of its Southern holdings. Border Protection took over the border was old and big tycoons.

However One of the descendants

In 1526, after the Hungarian army defeated the Turks at the Battle of Mohachem, Transcarpathia has been divided between the Principality of Transylvania (vassal of Turkey) and the Holy Roman Empire, where emperors ruled the Austrian Habsburg dynasty.

3. Bukovina as a part of the Moldavian principality

The then ruler However

Moldovan principality at the same time intensified pressure from Turkey, which ultimately led to its conquest in 1538 and therefore Bukovina fell under the rule of Ottoman Empire and its proxies.

to 1537 Grand Duchy of Lithuania in the wars against Muscovy gradually lost almost a third of its territory, including Chernihiv-Siverian region and Smolensk.

Ukrainian lands in XIV century. Possession Hedyminovychiv Lithuanian princes in the second half of the XIV century.

Ukrainian zemlii in the XV century. 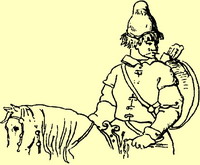 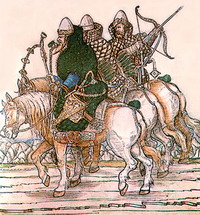