Monarchy (from gr. autocracy) - State in which the highest power concentrated in the hands of the sole ruler of hereditary and handed to representatives of the ruling dynasty.

Vladimir Monomakh (Vladimir-Basil Vsevolodovich; 1053-1125 biennium) - the outstanding statesman of Kievan Rus, Grand Prince of Kyiv (1113-1125 biennium), soldier and writer. Son and daughter of Vsevolod Yaroslavych vizantantiyskoho Emperor Constantine Monomakh. This Rus prince was undoubtedly one of the most gifted. Interestingly, the very success of its monomials is explained by some exceptional abilities and great diligence and zeal, and these qualities he wanted to educate the children. Started active work prince 13 years boy, soon became monomials «sword in the hands of his father,» - sage scribe who «sydya home learned five languages» and apparently was not doable to military campaigns. And participation in Monomakh eighty three battles (the number of calls following their prince in his sermon for children ") did not say, distracted by it the love of words of wisdom to the portrait. So Vladimir Monomakh be called harmoniesNoah personality, in which individual excellence combined with spiritual perfection.

1. Will the sons of Yaroslav the Wise

Do you remember who was the thorny path of Yaroslav the Wise of Kiev to the table.

in historical science there is no unanimity in assessing covenant Yaroslav.

Some believe his far-sighted and prudent decision that, if compliance would ensure the territorial unity of the state.

Others see the testament of Prince measure pushed to the disintegration of a single state into separate autonomous principality. It is the text that he cites the chronicler, is not mentioned nephew Yaroslav - sons and grandsons of his brother, who, of course, also claimed the great legacy and, feeling offended, are promoting the new intestine wars.

There is also a belief that the covenant did not exist as such, and the text inserted in the chronicle was composed in order Yaroslav beloved son Vsevolod, which fell knyazhyty in Kiev last of Yaroslavychi.

After the death of Yaroslav the Wise in the history of Rus is the time many characters, as sole holder of power was not strong enough for long.

Possessing the most important areas, older Yaroslavychi initially ruled a nation quite smoothly.

In the face of attacks on people of the city Polovtsian gathered for assembly and approved defend yourself.

Among the most visible national events was Vishgorodska meeting princes 1072

3. The fight for Kyiv table between Yaroslavichem

But even as the ceremony was arranged Vishgorodska meeting, it ended the contradictions between Yaroslavych.

During the three-year reign And while the In

Despite adverse circumstances, Vsevolod reign in Kiev was a success. And those already successful elderly owner had to thank his son Vladimir .

After the death of Vsevolod 1093 nothing seemed to not mind Vladimir Monomakh occupy Kyiv table .

So, life was much more difficult in the turgid speech to Congress Lyubetskii. Yet the positive result was that gathering: after meeting Prince Lyubech collected regularly. On them princes most contradictory issues discussed, including the issue of allotments.

Researchers tend to see in Kiev uprising of 1113 delicate calculation princes - candidates for Kyiv table, especially Monomakh. Indeed, according to the law of estates Vsevolodovich Vladimir of Kiev could not take the table. Pevny legality of its establishment in Kiev, in fact, provided the insurgency and the will of Kiev.

Among the measures the prince, to improve the political situation, only a few of its important legislation. 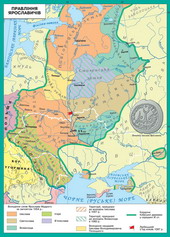 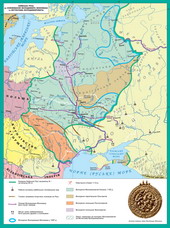 Kievan Rus in the reign of Vladimir Monomakh and Mstislav Vladimirovich 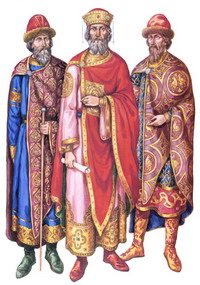 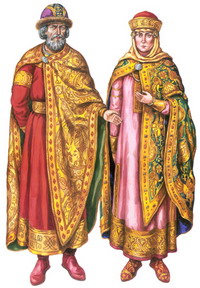 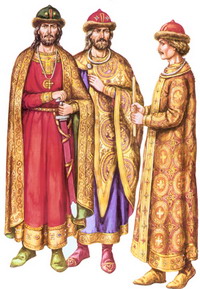 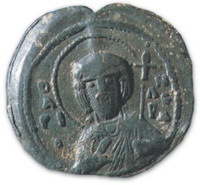 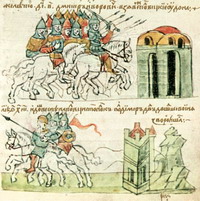 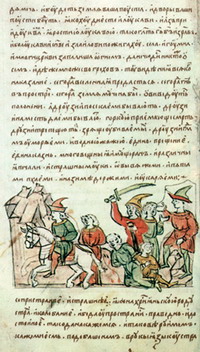 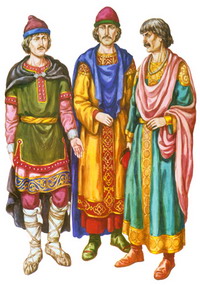 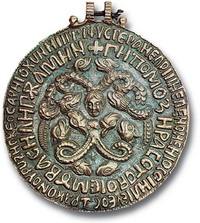 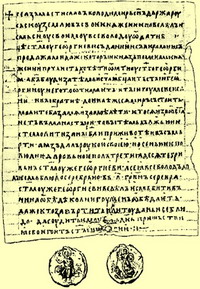