church life in second half of XVI century. Beresteyska union

Gideon Balaban - Bishop of Lviv (1565-1607). In 1590 he participated in the preparation of union with Rome, but before Brest, the cathedral has taken Prince Ostrozky position, becoming the enemy of the idea of association of churches. He had tense relations with the Lviv Brotherhood stauropegian.

Cyril Terlecki - a church worker from 1572 - Bishop of Pinsk and Turovskaya. From 1585 - Lutsk and Ostrog. In 1589, together with Ipatii Potii traveled to Rome, met with the Pope and acknowledged his supremacy over the Ukrainian Orthodox Church

Michael Romance - one of the organizers of the Union of Brest (1596). With 1590 as the Metropolitan of Kyiv, conducted secret negotiations with the Polish king of the union with the Catholic Orthodox Church.

Reformation - socio-political movement XVI - XVII century. directed against the Catholic Church. Reformation movement initiated the new direction of Christian doctrine - Protestantism. Protestant church proclaimed its independence from the authority of the Pope. The Reformation swept many European countries. Did not avoid it, and Poland and the Grand Duchy of Lithuania, among which were the Ukrainian lands. Governments of both countries tried to prevent the spread of Reformation ideas. In 1520 appeared charter Sigismund I, who under the threat of imprisonment and confiscation of property prohibited the import from abroad, Luther books. The matter has changed significantly after conversion Teutonic (Prussia) Order of a secular state with a hereditary monarch. State religion of Prussia was proclaimed Lutheranism. Prussia's proximity to Poland and Lithuania led to the rapid spread on their lands Reformation ideas and new beliefs. Commonwealth has, in the words of contemporaries, shelter heretics - as the Catholic Church called the non-faith people.

of Ukrainian lands a few branches of Protestantism began to emerge in 30-40's of the XVI century.

Beginnings Counter - Catholic reform church life - the researchers associated with the Reformation movement and deployment of a Catholic Council of Trent (1545-1563). The idea of reforming the Catholic Church were different. Some predicted reform the Catholic Church through its approach to the Reformation churches. Another idea was based on a complete rejection of beliefs, born-Reformation, even to offer them the war. Winning second place. However, the methods of dealing with the Reformation were largely Reformation: the introduction of their own schooling, development of its typography, giving particular importance to hearing more. Reforming the Catholic Church served as the Jesuit Order (literally "Company of Jesus"), founded in 1534 and approved by the Pope of Rome in 1540 the Jesuits united around the idea of updating the Catholic Church a great intellectual force. Thus the main means of persuasion have been teaching activitiesing and diplomacy. In various European countries founded by the Jesuits schools are not inferior to Protestant. With 60 years of the XVI century. Jesuits have launched operations in Poland. And to the XVII century. in the Commonwealth there were 15 Jesuit colleges.

of the Orthodox church

main reason for decline of the Orthodox Church in Ukraine was the loss of their own country. To counteract the Polish Catholicism, which through an extensive network of Catholic colleges and print works tirelessly spread the impact of the new eastern states, the Ukrainian Orthodox Church had to develop its own system of education. But not enough books or the training institutes for senior clergy were not.

Thoughts on the Orthodox Union of Catholic

Realizing the complexity of the situation, has found herself the mother church, representatives of the higher clergy and nobility and Ukrainian tycoons are increasingly inclined to the idea of unification with the Roman Catholic Church.

Opponents of the union:

Agreeing Not even for the joint meeting, each party October 8, 1596 started a separate church.

povodyly union supporters in the town cathedral church of St. Nicholas. approved a preliminary decision on the formation Greek Catholic Church. King Zygmunt III supported the union and declared valid ruling Uniate cathedral. Opponents of the union gathered at the palace, where stood Ostrog. Sentenced and the union barons, apostates.

As for the Ukrainian Orthodox Church, it is, despite the large number of supporters, appeared outside the law.

Ukrainians were divided even churches. So an event designed to unite, and enhanced the resistance, because opponents of the union pledged to the strength of Fight against it. 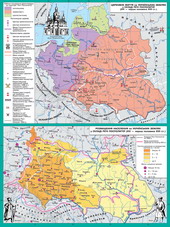 Church life in the second half of XVI century. Brest Church Union 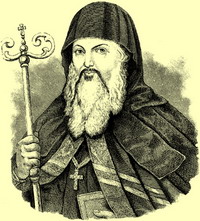 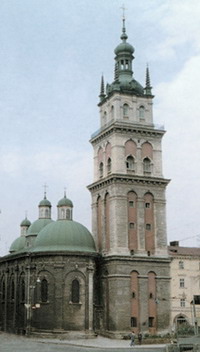 Common Assumption church with a tower Kornyakta in Lviv 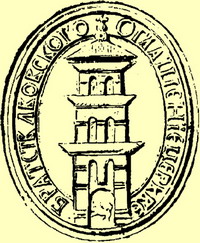 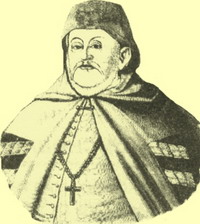 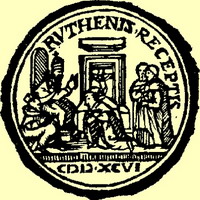 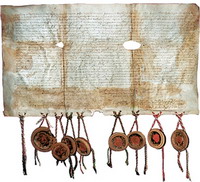