Cherkasky Colonel Maxim Sergeant after a prominent military leader Bohdan Khmelnytsky in the first phase of the National Liberation War. About the same fate of the man known by pre-dated a little. Some believe that he was born in the town naddnepryanskogo Vil'shany in family craftsman-Kushnir. Others believe that Maxim came from lower middle classes, with the prison or humanitarian issues. Some claim that he was originally gentry, as sources of knowledge generation Ukrainian Orthodox nobles Krivonosa of Podlasie.

lack of significant data Krivonosa explained, perhaps because a long time he served as mercenary somewhere in a foreign army, and in Ukraine is on the eve of the Liberation War. Whatever it was, but the fight for freedom Maxim Ukrainian people took an active part. His commander, he found talent in all the battles in 1648 was unchanged assistant Khmelnytsky in the formation of the rebel troops of peasants and townspeople. Maxim Sergeant constantly opposed any agreement with the Government of the Commonwealth, to complete the liberation of Ukraine. He died in November 1648 in camp near Zamosc of plague.

the heart of the battle was over the river dam. On the first day she twice passed from hand to hand, but the third attempt the Poles managed to capture it.

result in victory Pyliavtsi and Ukrainian army raid on the Lions and Zamosc in early November 1648 almost all Ukrainian lands were liberated from Polish rule.

inability to wage war simultaneously against Poland and against the Crimean Khanate Bogdan Khmelnitsky encouraged to sign a peace treaty with Poland.

Place Zborivsky contract in the events of the National Liberation War 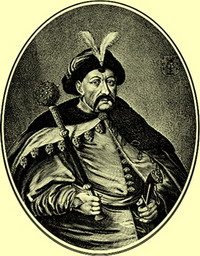 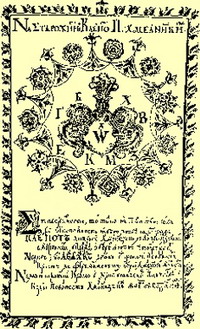 Cover Sheet Zborivsky Registry 1649 with the arms of Bogdan Khmelnitsky 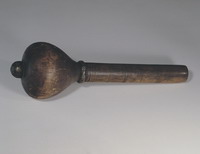 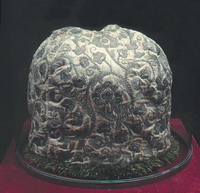