Basil Lupul - host of Moldavia (1634-1653). As a result of the Moldavian campaign Khmelnitskogo established allied relations with Hetmanate and agreed to marry the daughter Lupu Rozandy Timosha and Khmelnitsky. After the death of Khmelnytsky T. Cossack units and retreat from Suceava Lupul, Stefan Heorhitsu deposed from the throne, fled to Chyhyryn. But soon by secret ties with the Poles Lupu no right to live in Ukraine. He moved to the Crimean Khan, who gave his Turkey. He died in Istanbul in 1661

Colonel Ivan Bohun , who led Kalnytskyy (Vinnitsa) Cossack regiment, the most prominent researchers believe after Bogdan Khmelnitsky strategies of the national liberation war. He participated in all the major battles of that war. He was a brilliant master of the field fighting and protect the city, skillfully turning them into impregnable fortress.

Ivan Bohun stood out superb personal courage, indomitable will. Have seen him everywhere boiled severe battle, where the biggest threat. One of the Poles Bohun gave this description: "... had luck bald, showing dogs teeth or tail, it was loud and cunning. " Bohun spry than once saved the Cossacks. For example, during the defense of Uman in January 1655 ordered Bohun pour water walls, fortifications, and they, like glass, covered with ice. A strong fortress was indeed impregnable.

Bohun never shown cruelty to the vanquished. He was a peculiar nobility, even his enemies called him the "Knight's man." A wise politician, he personified the part of the Cossacks, which is always the idea of Ukraine's independence, sought "... not be neither under the Polish king, no king in Moscow".

Wallachia - a historical region in Romania between the Carpathians and the Danube. Olt River divides it into two parts: Munteniyu or Great Wallachia, the main city of Bucharest, and Oltenia, Wallachia or small, the main city of Craiova. In the XIV century. Wallachia was feudal principalities. In Wallachia prevailing monarchical form of political government headed by the palatine, which bore the title "master".

territory of Wallachia was the object of constant attacks by Turkey. Since the XVI century. - Under its protectorate. Only as a result of the Russo-Turkish wars of XVIII-XIX centuries. Wallachia exempted from the Turkish yoke and Adrianopolsky peace treaty in 1829 was granted autonomy under the protection of Russia. In 1859 Moldavia united with Wallachia in one state, called in 1861 Romania.

Transylvania (Semyhoroddya) - a historical region in the north of modern Romania. From the XI century. Transylvania belonged to the Hungarian king. Led by seven Transylvanian comitates (regions) was governor with wide powers. After the defeat of the Turks Hungarian Empire in 1541, Transylvania became a principality - vassal of the Ottoman Empire, paying tribute to the sultan and had no right to conduct independent foreign policy. At the same time entered into the land of Transylvania Transcarpathian Ukraine. In 1687 Transylvania came under Habsburg. In 1867 with the formation of the Austro-Hungarian Transylvania is part of the Hungarian kingdom. Since 1918 - as part of Romania.

So Berestetskaya battle for the Cossacks were unsuccessful. But consider it a complete defeat no reason. Because there was no surrender, no defeat Cossack army, many of which saved the decisive action Bohun.

In order to achieve military and political isolation of Poland Bogdan Khmelnitsky in the early 1650's he tried to strike up relationships with the Danube countries - Wallachia, Transylvania and Moldavia, too.

However In the second half However, after

Khmelnytsky tactics in battle Batozkiy contemporaries compared with a classic example of military tactics on the environment and destroy hostile forces, the Carthaginian commander Hannibal applied to the Roman army at the Battle of Cannes 216 BC. e.

Place Batozkoyi battles in the deployment of a national liberation struggle

Thus, despite the successful military actions, hity implications campaign for the Ukrainian Hetman State, however, are unfavorable.

Given the protracted war situation of the Ukrainian state steadily deteriorated.

To preserve the main achievements of war , first state, the Ukrainian government concluded the need to seek an alliance with the Muscovite tsar, or Turkish sultan . It is in this direction has picked diplomacy Hetman government.

Military and political developments of the National Liberation War 1650 - 1653 рр. 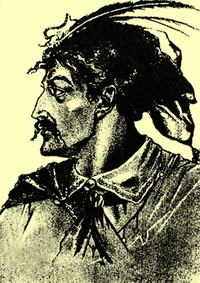 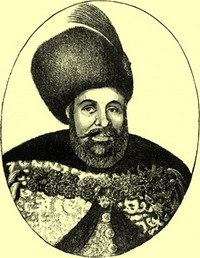 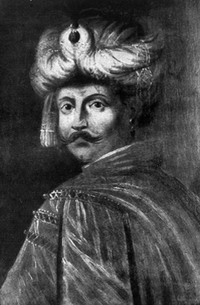 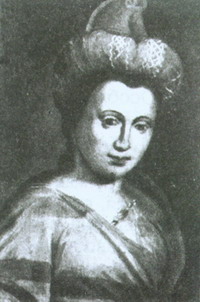