John Skoropadskyi was born in 1646 in Uman, in the Cossack petty family. In sources preserved testimony of the grandfather of the future hetman - Fyodor. He participated in the National War and, family legend, was killed in the battle Zhovtovods'ka. About Hetman father - Elijah also left little evidence. From sources learn that in the middle of XVII century. He lived in Uman with three sons: John, Basil and Paul. After the death of his father John and Basil (Jr., Paul, got into the Tatar captivity), had suffered many disasters, were forced to move to the Left Bank. Work at the new place, John was appointed hetman in office. Since starting his long climb official positions. It is known that the sympathetic Skoropadsky Mazepa. After the rebellion antymoskovskoho Mazepa Starodubsky Colonel, as noted above, could not support the hetman, since Moscow's troops entered Starodub. Becoming Hetmanm, he never tavruvav Mazepa "traitor" as required formal communication, revealing in a way favorable to its former hetman. He died at the Deaf in 1722

Life way Paul Polubotko is not much different from the fate of many other members of the Cossack elite. The exact date of birth unknown acting hetman. Researchers believe that he was born about 1660 came from the old Cossack Hetman kind. He graduated from Kiev-Mohyla Academy, knew foreign languages, he made love in poetry. From 1706 - Chernihiv colonel. He has held senior positions Cossack. In 1708 was one of the contenders for the hetman and probably would have mace, if elections were held in an old Cossack tradition. During the uprising against Muscovy Mazepa Polubotok not support it. From Hetman Skoropadskim lived in harmony. Evidence of good relations between them is the fact that Polubotok by Hetman Skoropadsky became the second person in the Ukrainian state. After the death of Paul Skoropadsky Polubotok - the only candidate for the hetman. In October 1723 acting hetman Polubotok as the king was imprisoned in Peter and Paul Fortress, where prosydiv until his death December 18, 1724

Danylo Apostol was born in 1654 in petty Cossack family. His youth had not saved the information. Unknown place and also training future hetman. Because Daniel was a person educated Apostle, suggest that he, like many other sons Cossack, he studied at the Kyiv Mohyla Academy. For certain unknown circumstances and when the Apostle Daniel began his military service. But in 1682 his 28-year-old Cossack Mirgorodsky elected colonel. He kept this government, under some assumptions, intermittently, for 45 years. The age at which the Apostle was elected colonel, and his stay in this government - a record of the history of the Hetman. He participated in campaigns against the Turks and Tatars, and took the fortress Hazikermen Ochakov. In October 1708, together with Mazepa went to a meeting with Swedish King. But less than a month was unexpected: booster secessionist policy Mazepa Daniel Apostle brought the king repentance. In 171923 Danylo Apostol took part in writing Kolomaksky cholobytnyh. Before putting his signature, has made significant changes. He was one of the richest rulers Hetman, earned fame and merit careful owner. Hetman was elected in 1727 Given the intensification of colonial policy of the Russian Empire on Ukraine's sovereignty remains advocated Hetmanate. Died 1734, buried in the church built by his expense in Mhar in Poltava.

Kirill Razumovsky (1728-1803) - the last Ukrainian hetman was happy. Born March 18, 1728 in the village. Chernihiv plowshares into a family of Cossack Grigory Razumovsky. In the 14-year age he got to the king's palace. Alexey Razumovsky took care of his younger brother a good education: he seized a bookish wisdom under the tutelage of the best contemporary teachers and educators, and in 1743 went to study abroad. While visiting Germany, France, Italy, Cyril spring 1745 returned to St. Petersburg, where he was already waiting count title. In 1746, 18 year old boy, Kirill Razumovsky became president of the Russian Academy of Sciences and the hetman's mace was in the age of 22. In the period of Hetman Razumovsky more lived in St. Petersburg than in Ukraine, which managed the affairs of the hetman's office, headed by H. thermal. In 1762, the Ukrainian Hetman actively participated in the Domestic coup Catherine II. After the liquidation of Hetman Razumovsky a chas been a member of the State Council (1768-1771). Subsequently withdrew from public affairs, lived in St. Petersburg, abroad, the estate near Moscow, Peter Rozumovsky. Last 9 years of life spent in Baturin, where he died in January 1803

After the battle of Poltava Ukraine wave king of terror.

Thus, the tsarist government policy led to the extinction of tens of thousands of Ukrainian people.

After the battle of Poltava

In the royal decree

So no confirmation on which ancient rights and liberties in the decree of Peter I was. On the contrary, the measures introduced, turned the once autonomous Ukrainian state on a typical "suburb of Muscovy".

Imperial Government has identified for itself the main goal : Hetmanate deprived of economic independence, to subordinate its economic life of Russia's economy and turn to a reliable source of their income. King's activities primarily related to trade.

attack of tsarism ON UKRAINIAN CULTURE

So, Kiev Metropolitanate into a regular diocese of the Russian Orthodox Church.

This is followed by

evidence of complete annihilation of the state of autonomy of Ukraine was the creation in April 1722 Malorussian board.

Feeling loved However However More than a year However

Thus, its main business Apostle saw the signing of the traditional Russian-Ukrainian agreement.

In the Russian capital In early March

b. A lower Cancelled New articles

So, "Rishytelni items" were not the bilateral agreement. They had the appearance of order, normative act of supreme power of the Russian Empire. The document was intended to regulate the internal life Hetmanate as part of a single state.

view of the real circumstances Apostle Daniel started to implement reforms aimed at streamlining the internal life of Hetman.

So, Daniel was able to temporarily slow down Apostle conversion process Hetmanate administrative unit in Russian Empire, vtrymavshy, at least for a while, those rights and freedoms that have remained in Ukrainian.

establishment of a new Host

1734 more than 30 thousand Cossacks of the territories which belonged to the Crimean Khan and Kamyansko Oleshkovsky Zaporizhzhya Sich returned and 7 km from the former Chortomlyk (Old) Host laid New Sich.

After the death of Danylo Apostol 1734 election of a new hetman frustrated. The Russian government, limiting the statehood of Ukraine, ordered the government to implement Left Hetmanate Board Hetman's government.

Instead For But the heaviest burden

Therefore, the case dragged on election Hetman another six years.

Recovery Hetman in 1750 was caused by:

Hetman Attempts to revive the former system of justice of the Commonwealth proved its commitment Hetmanate convert from military to civilian gentry state.

So in October 1764 Kirill Razumovsky had to make a hetman's authority.

Ukraine at the end of the XVII - beginning of XVIII century. 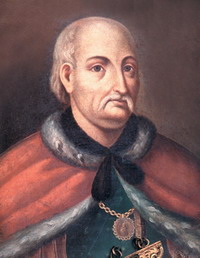 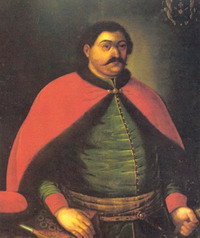 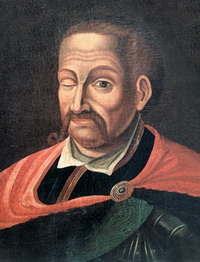 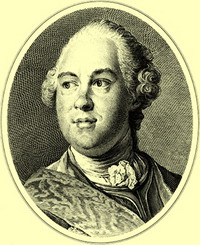 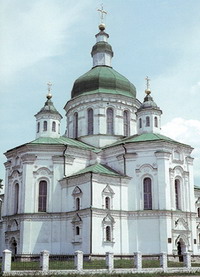 Savior Transfiguration Church in Mhar in Poltava region, built at the expense of Danylo Apostol. 1732 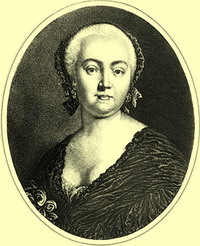 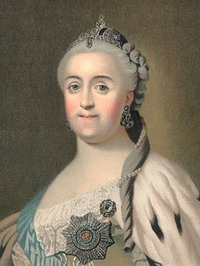 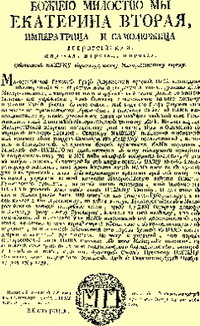