September 2, 1945 onU.S. battleship "Missouri" representatives of Japan signed the instrument of surrender.Three days later landed on the Japanese islands of American troops. Soended World War II and began a new era in the history of the world and Japan.

In 1946 in the country wereheld the first parliamentary elections, in which center-right wonparty.

Parliament adopted a new constitutiondesigned by Americans, which took effect May 3, 1947 Byconstitution of the emperor denied "the divine origin andremained a symbol of the state. (Emperor Hirohito continued to remain). Incountry declared all democratic rights. For 9 clause of the Constitution of Japanforbidden to create an army, she refused the war as a means of solvingdisputes between states. Under the new constitution was heldelections, in which victory was achieved Socialist Party of Japan (SPYA).

In 1946 Japan beganagrarian reform. Tenants became owners of the leased plots of landabsent landlords got the farmers in other cases land and vykuplyalasalso distributed among the peasants. Through agrarian reform was created capaciousdomestic market, the city got cheap labor.

In 1947, held in Japaneducational reform and school. The school was separated from the church and church and school. Inschool forbade promote violence and war. Education has become a secular, common,first - free. As a result of these reforms were finallyeliminated vestiges of the past, Japanese society acquired modern traits.

The Cold War showedAmericans vulnerability of Japan before our northern neighbor - the USSR. Shethere was no army, and the economic situation was critical.

As is the case with Germany USAchanged their attitude towards Japan. From clobber it became aoutpost against the USSR. The first thing the Americans did in Japan - is stronglyundertook stabilization of the economy and finance.

To stabilize the economic andpolitical situation in Japan was sent to committee of the Americanpoliticians and economists, led by Dodge. The Commission developed and implementedsystem of measures to improve the situation in the country. For a long time existed in Japanby American aid. Now the U.S. entered the commercial loansaddress and nature; decreased taxes on promising sectorsproduction, increased income tax.

For a long time was notsettled the question of a peace treaty with Japan. For the U.S., moreover, wasclear that the peace treaty with Japan may be concluded only with simultaneoussigning of a military alliance that would give the U.S. the right to hold in Japantroops. Japan has clearly embraced the idea right parties,Socialists disagree. Left Socialists were fighting against an alliance with the United States.

In September 1951 inSan Francisco Peace Conference met with the participation of delegations from 42 countries,which concluded a peace treaty with Japan. Under the agreement Japanrecognized the independence of Korea and refused to claims in the KurilIslands, southern Sakhalin, Taiwan and several other islands. Representatives of the USSR,Poland, Czechoslovakia refused to sign the agreement, requiringinvitation to attend the conference the delegations of communist China,Mongolia and its other allies. In addition, the USSR sought to withdraw from JapanU.S. forces and dismantle the U.S. bases.

In 1952, between Japan and the U.S. wasconcluded "contract security". Under this agreement the United States obtained the rightplace their troops on the Japanese islands, but Japan allowed to createSelf-Defense Forces, which you can spend 1% of gross national income.

In 1960 between Japan and the U.S. wassigned an agreement on mutual cooperation and security assurances. Heprovided automatically when necessary entry of Japan into war with the USSR on the U.S. side.

Thaw in international relationsled to the signing of the Soviet-Japanese Declaration of 1956 aboutcessation of hostilities and resumption of diplomatic relations. Question of the peaceagreement with Japan remains unresolved for Russia to this day asand the problem of "Northern Territory" - more accessoriesislands.

After Stalin's death in relationsJapan and the USSR took place warming. In June of 1955 London beganSoviet-Japanese negotiations. The Soviet government agreed to transfer two of Japanpivdennokurylski Islands - Habomayi Shykotan and subject to the finalterritorial settlement between the two countries. Besides the SovietThe Union has demanded the withdrawal of the Japanese islands of American troops. Japanrefused. Then the parties agreed to restore diplomatic relationspostponed signing a peace treaty. In October, 1956 Japanese delegationheaded by Prime Minister Hatoyama came to Moscow, where it was signedjoint declaration, which included cessation of hostilities between the USSR and Japanrestoration of diplomatic and consular relations. The parties agreedsettle disputes by peaceful means, refrain from threats of force orapplication, non-interference in internal affairs, mutual recognitionright of self-denial of the claims of that is the logicalcontinuation of a state of war. USSR supported the request of Japan to become a memberUN. In 1957 between the two countries signed a trade agreement. Butfurther progress in solving territorial problems between the two countries (with1991 with Russia) to the present day has not been achieved.

Since the mid 50's startfifteen phenomenal growth of Japanese economy, which resulted inJapan itself has changed and its importance in the world. Growth rates were the mosthigh among Western countries. In 1961-1970 he they constituted 11% per year. In1968 She ranked second in the Western world in terms of nationalGDP and came out on top for the production of steel, ships,radios, televisions, tape recorders, copiers, photographic equipment.In 1981 won first place for the production of cars.

Reasons of the Japanese "economic miracle"

After rapid economicgrowth in the 50's and 60's of the country faced with economic difficulties.The economic crisis of 70 years and its impact has hit hard in Japan. Government and Japanesebusiness failed to implement the program of economic restructuring. Centerweight it was decided to move from energy industries and materialoyemnyh (black andnonferrous metallurgy, shipbuilding, manufacture of plastics and synthetic fibers) inknowledge-intensive industries (electronics, radio engineering, manufacturing communications, computers,robots, etc.) that require few raw materials and energy, but requireskilled engineers and workers. The program has ledgrowth in government spending and inflation. Since 1982 Japan's government-ledY. Nakasone started to implement anti-inflation rate, reduce publiccosts, promote market reforms. Taxes were reduced fromentrepreneurs started privatization of railways and telecommunications. Course Nakasonewas similar to that performed by R. Reagan, M. Thatcher, G. Kohl and others. Facedduring the crisis, many countries with an attempt to limit Japanese exports of goods,Business Japanese began to export capital, creating a productionfacilities in other countries. In 80 years Japan has become one of the largestglobal investors.

However, in late 1991,after 50 years of growth, Japan had difficulties. Growth in90 years did not exceed 1% per year. Late 90's Japan facedand even with the financial crisis that struck a serious blow not only for Japan itself(Capitalization has fallen by a third Japanese economy - the total valueshares of Japanese companies), but also the Far East and South EastAsia. With the region the fastest growing, South East Asiabecame a source of instability. Asian crisis swept other regionsWorld: Latin America, Russia, Ukraine and other countries.

In the XXI century.Japan joined with the hope of a better future.

Against the backdrop of economic growthheld political stabilization of the country. Since 1955 powerLDP invariably is that the domestic policy committed todevelopment of liberal democracy and socially oriented economy,external - in cooperation with the U.S.. The main opposition party isSocialist Party of Japan, which stands for neutrality of the country. In 1964,formed another opposition party - Kammeyto, who spoke for the thirdpath of development with support for the middle class.

In the inner life of Japan in the 70years entered into the strip difficulties. As of 1955 LDP invariablyin power, the question of the Prime Minister was actually settlednot in parliament, but in the party. It Historically several warring factions,that behind the scenes to decide the composition of the government. So there was a fertile groundfor abuse and corruption. The biggest scandal was the right"Lockheed, which ended with the arrest and conviction of Prime MinisterTanaka. Also there was another series of political scandals. This underminedauthority of the LDP. In 1993, dispute caused a split within the LDP andparliamentary elections, it failed. Came to power the opposition blocparties led by the Socialist Party. At the same time the leading party of the countrywere split, which was  conditioneddifferences in their further development. In 1996 LDPregained the post of prime minister, but former power and prestigeit already has.

The horrible event in the history of Japanwere chemical attacks (attacks) in the Tokyo subway membersextremist religious sect Aung Senriko in 1994 and 1995, duringAltogether 14 and was poisoned 5 thousand people.

Japanese diplomacy is distinguished byspecific activity in 50 years. In 60 years of the international position of Japan hasvulnerable due to a one-sided orientation towards the U.S.. Thus, in 1971 U.S.seeking to solve their economic problems unilaterally withoutnotice of Japan limited its exports to the U.S. and devalueddollar. Immediately after it was announced that Nixon's visit to China and also withoutconsultations with Japan, for which relations with China - primaryproblem. These U.S. actions have set Japan on a more independentforeign policy. In 1972, new Prime Minister Tanaka has taken measures,aimed at expanding economic relations Japan. He visited China. Wererestored diplomatic relations and began work on the peace treaty betweenthe two countries. From the Japanese have made the U.S. regain its sovereignty over Fr.Okinawa.

In the 80 years the emphasis has changed inJapan's foreign policy. In relations with the USSR it took an increasingly toughposition. The expansion of economic ties was associated closely withresolve the territorial issue. But it has not given the desired result.Japan trying to become a permanent member of UN Security Council. In the 90 years of Japanholds cautious foreign policy, preferring traditional ties.At the beginning of. foreign policy of the country was re-directedGo on a wider international arena. End of 2003 Japanesetroops for the first time post-war history, were sent abroad. Japanesecontingent (500 troops) in Iraq was to stabilize the situation incountry after toppling Saddam Hussein. Japan also announced the creationown missile defense system against possible attack by the DPRK.

With defeat in the Second World WarJapanese made the right conclusion. Abandoning his expansionistforeign policy, the Japanese have made economic and political reforms that laid thebasis of economic prosperity and development of a democratic society. NowJapan - a rich and prosperous country, one of the centers of world economy, scienceand technology of tomorrow, with a developed infrastructure, education system,Health and Welfare. The Japanese have managed to combine borrowingforeign experience, achievements of traditional values, creating a uniqueJapanese model of development. 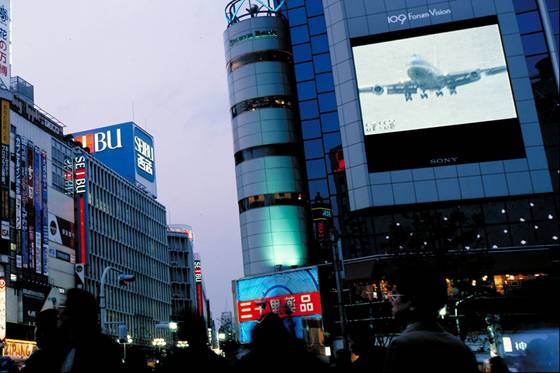 1.    Describe the U.S. occupation policy in Japan. What are its implications andresults?

3.    What are the components of the Japanese "economic miracle"?

4.    Select the main stages of economic development of Japan and let themcharacteristic. Fill in the table.

5.    Specify the features of political development?

6.    Why a crisis 90 years of the twentieth century.? What are its consequences?

8.    Why not present the solution of the connected problem of the "northern territories"?