Start the Great Migrations. The death of the Western Roman Empire (compendium)

IV century associated usually with the beginning of one of the most significant and remarkable phenomena not only European but also the entire world history - the Great Migration. It was the age of mass movement of tribes, which caused death of the Western Roman Empire. Migration started with the invasion of Northern Black Sea Asian tribe of Huns. Huns were forced to move to the West Goths, then bothering other Germanic tribes. Some of them joined the Huns, others were saving on new lands. Travel tribes resembled the domino effect when one bone, falling, zachipala nearby, and - the next and so on. "Huns fell on Alan, - wrote a contemporary of these events Ambrose of Milan, - Alan - the Goths, the Goths, who were evicted from their homeland, took us in Illyria. And this is not the end ...»

Roman Empire at that time was going through a crisis. Trade declined. Increased taxes. Lost their former splendor of the city. Violated ties between provinces. Grew more dissatisfied. The nations conquered by Rome before, recusant governors. In the Roman army, intended to protect the country, almost half were Germans mercenaries. 378, the rebels defeated the Visigoths at Adrianople imperial army. This defeat was the impetus for the split of the empire.

Start the Great Migration. The death of the Western Roman Empire 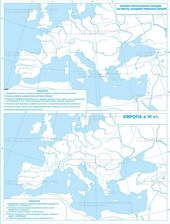 The first mention of the Germans. Roman inscription IV century BC. 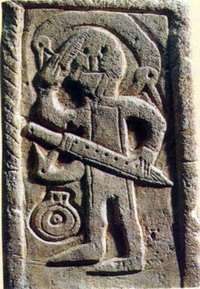 Meeting of the Germans. Roman relief 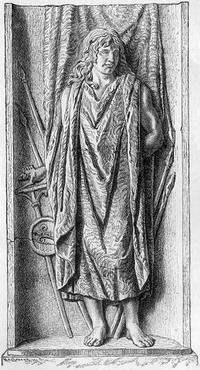 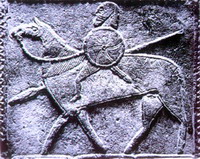 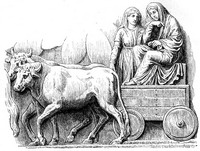 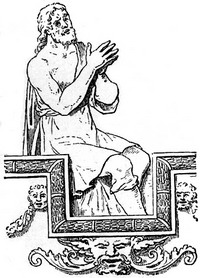 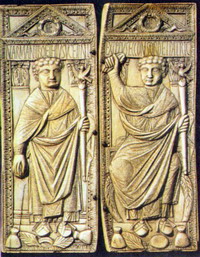 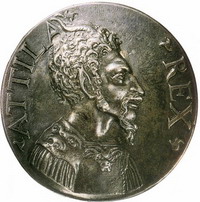 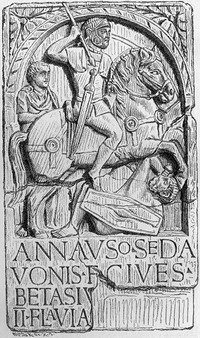 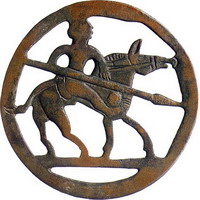 Barbarian on the horse. VI.