The emergence of barbarian kingdoms (compendium)

the Great Migrations Germanic tribes had their own states. Their appearance was the result of internal development as Germanic society and adjust to a completely different life in occupied lands of the Western Roman Empire. State created Germans, called barbarian kingdoms.

first barbaric state - Kingdom of Toulouse - formed in 418, the Visigoths, with the consent of Emperor Honorius. Kingdom was virtually independent, and its capital was Toulouse. Later Visigoths captured the entire Iberian Peninsula.

about the same time pushed the Vandals crossed from Gaul to North Africa and founded there the kingdom with its capital at Carthage. Vigorous leader vandals Geyser built a large fleet and with it conquered all the North African coast and islands.

In the Rhone River basin in the middle of V century. Burgundy emerged kingdom with its capital in Lyon. Small, it had a significant impact on the lives of the Western Roman Empire, as filed its connection with northern Gaul. In 476, removing power from the last Roman Emperor Romulus Avhustula in Italy founded a Germanic chieftain Odoacer kingdom. However, his power was weak. In 493 Theodoric Ostrogoths leader proclaimed himself "King of the Goths and Italics, killed Odoacer and established a kingdom ostrogothian. Theodoric the Great (493-526 years) is prominent among the Germanic leaders of the time. During his rule in Italy are tired of wars for 30 years arrayed peace. Theodoric tried to reconcile the Romans and the Germans since realized that very few Ostrogoths be able to keep power over only if Italy reach agreement with the Roman subjugated population. However, despite the efforts Teodoriha, rule Ostrogoths in Italy was short-lived: noshortly after his death the Apennine peninsula conquered first the Byzantines and later - Germanic tribe of the Lombards.

The emergence of the barbaric kingdoms 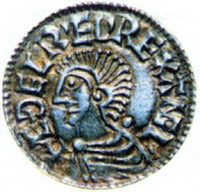 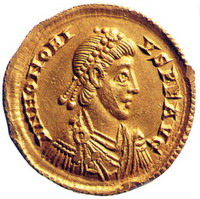 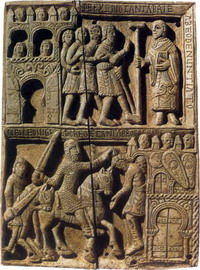 The war with the Visigoths svevamy. Picture of the IX century. 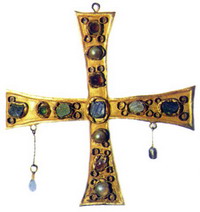 Golden Cross. Kingdom of the Visigoths, the VI century. 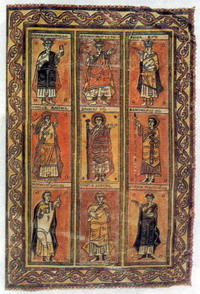 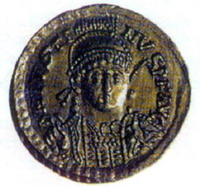 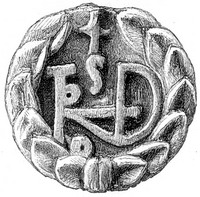 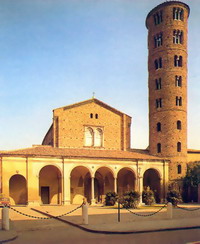 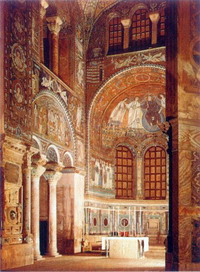 The interior of the cathedral in Ravenna. Italy, VI century. 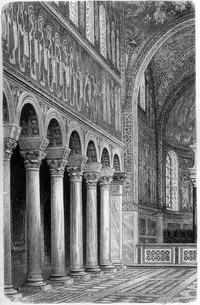 The interior of the cathedral in Ravenna. VI. 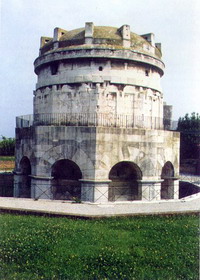 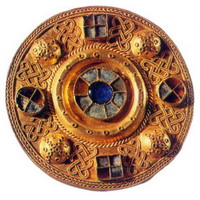 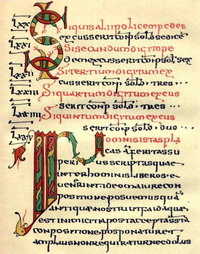 Decree of King of the Lombards. Article VII. 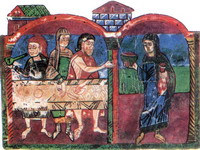 Baptism of King Clovis. Carving of the bones. IX. 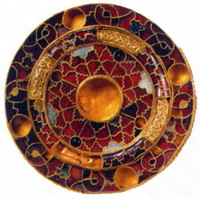 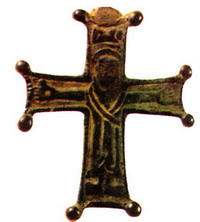 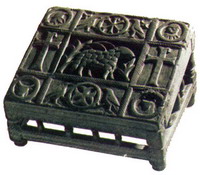 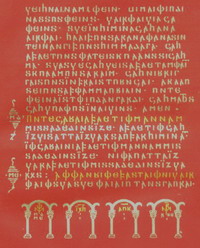 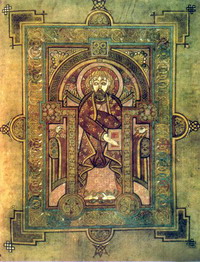 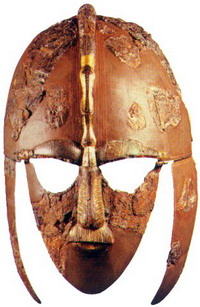 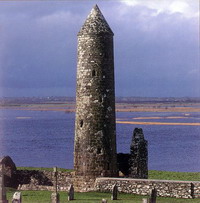