VI-VII centuries. were a difficult period in the history of Frankish kingdoms. Land covered bloody intestine wars between the successors of Clovis, who tried to destroy each other fighting for the crown. During the second half of Article VI. quadragenarian long war between the two branches of the dynasty of the Merovingians. However, the descendants of Clovis continued the conquest of neighboring lands.

In the second part of Article VI. Frankish kingdom declined: Merovingian dynasty still held the throne, but actually the things that mattered royal stewards - mazhordomy. This time is called one of "lazy kings". It majordomo Karl Martell (715-741 years) led the fight against Arabs from Spain through the Pyrenees, came upon the kingdom. Thanks to his decisive action was created well-armed cavalry and defeat the Arabs at Poitiers 732, the son of Charles Martell Pepin short (741-768 years) is no longer satisfied with the position mazhordoma. With the support of the Pope, he removed from power last Merovingians and was proclaimed King of the Franks. The new dynasty was called Pipinidiv or Carolingian, with the greatest representatives of its name, the son of Pepin the Short - Charlemagne (768-814 years).

At a time when Charles became King, valued militancy and determination, and peacefulness was considered a sign of weakness. Two-thirds of his reign Charles had in wars. In particular, he made 53 great hikes, from which 27 led personally. First of all, he was 773-774 in Karl finally destroyed the Lombard kingdom and annexed northern Italy. 778, he began a long and difficult war with the Arabs in Spain and only 801 was attached to his country north of the country. The longest war was Carl with Germanic tribes the Saxons (772-804 years). Saxon conquest was accompanied by the introduction of Christianity, which caused fierce resistance of the population. 788 by Charlemagne conquered land bavariv. He also fought against the Slavic tribes, and later entered into alliance with them against accidents and started a war with the Avar khanate (788-803 years). Its result was the disappearance from the map of Europe states Avars. 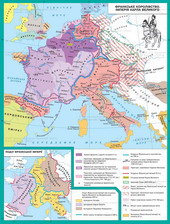 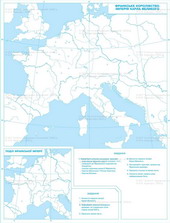 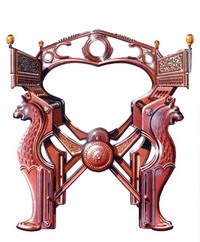 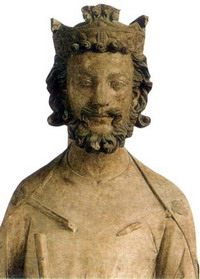 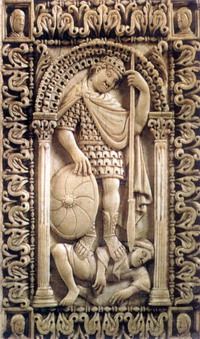 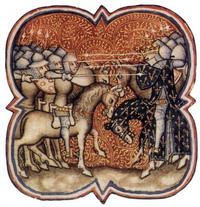 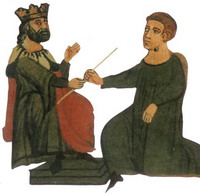 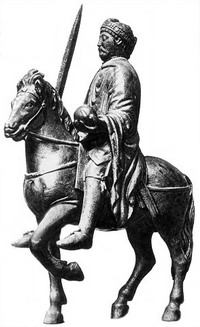 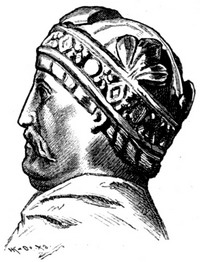 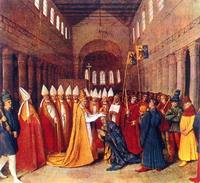 Coronation of Charlemagne. From paintings of the XV century.

Charlemagne. Picture of the XIV century. 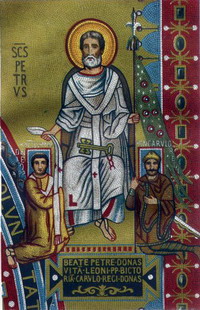 Charlemagne's own signature. 790 was

A relief image on the sarcophagus of Charlemagne 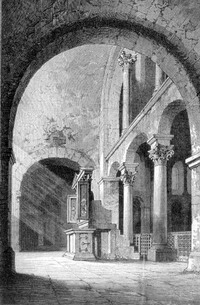 Interior of the cathedral at Aachen 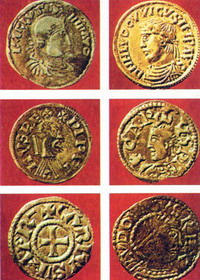 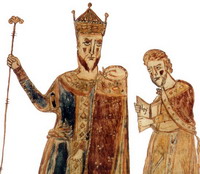 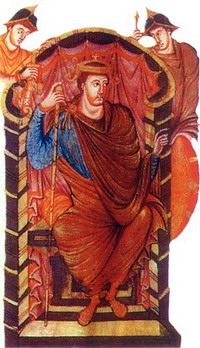 Manual signature of Louis the German. 870 was 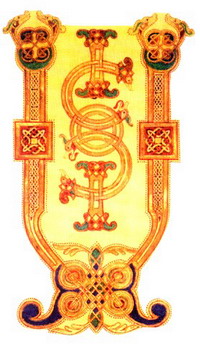 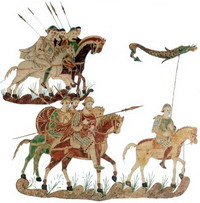 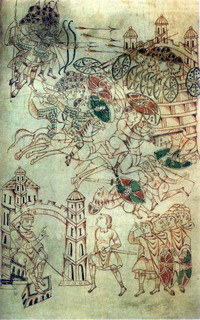