almost three centuries - from the end of VIII to the middle of XI century. - In European history called the "Viking Age". While the Germanic tribes who lived in northern Europe (Scandinavia and Yutlandskomu and some islands of the Baltic Sea) went to the conquest of new lands. In Europe they were called Normans - "northern people." Normans - a Norseman, the ancestors of modern Norwegians, Swedes, Danes and Icelanders. In most Scandinavian those who did not want to work peacefully at home, and loved life full of dangers and adventures, called Vikings (origin of the word is not fully elucidated). Baltic Sea and the Western Dvina then they get to lands inhabited by Eastern Slavs, where they were called Vikings.

Hiking Vikings believe the latest wave of the Great Migrations. His first wave (V-VI cent.) Destroyed the Western Roman Empire and led to the emergence in its place barbarian kingdoms. The second wave (late VIII - Top XI cent.) Come to the new Europe. Vikings but could not destroy it, and adapted to it, borrowing orders of feudal tradition and Europe.

his attacks Normans devastated the coast of England, France and Germany, then moved up the rivers into the interior, reaching cities such as London, Paris, Aachen and more. First, capturing prey, Norman returned home. Over time, they were capturing coastal areas and settle there. It was in Scotland, Ireland and England. At the beginning of X century. French king was forced to give Norman substantial ownership in the north near the mouth of the Seine. Thus the Duchy of Normandy. Later, in the XI century. Natives of Normandy conquered all of southern Italy and Sicily, creating there the principality. 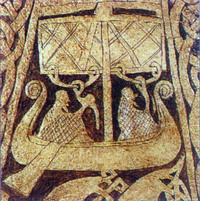 Viking ship. The image on the stone, VIII century.

Boats Norman. Embroidery on the carpet 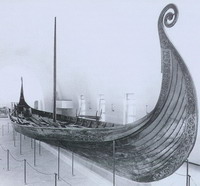 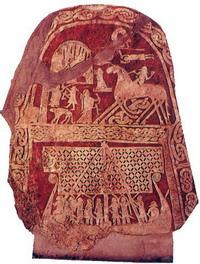 Runic stone from the island of Gotland. Sweden 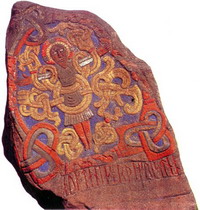 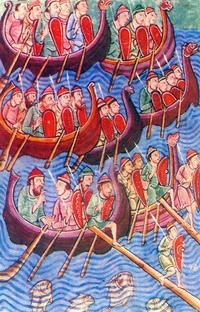 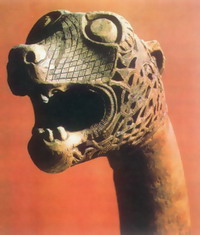 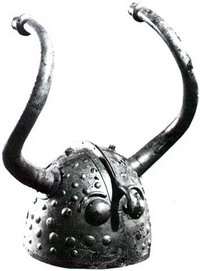 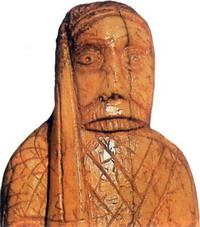 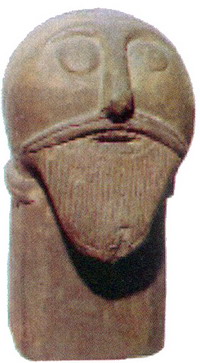 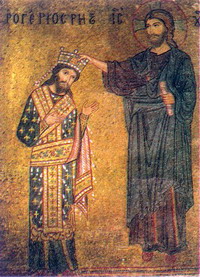 Varyag. From paintings of Victor Vasnetsov 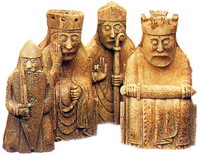 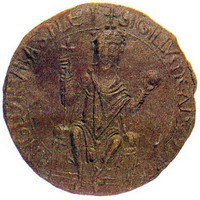 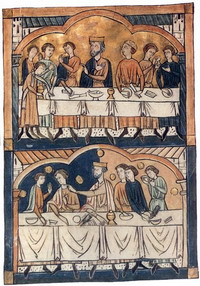 Scenes of the life of Edward the Confessor King of England 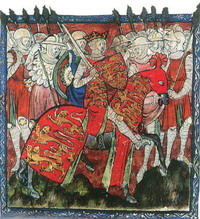 William the Conqueror. Picture of the XIV century. 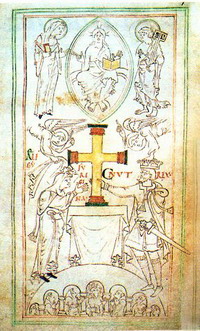 Drawing on the conversion to Christianity of King Knud of Denmark and Great Britain. XI.