Europe in the second half of VI century. Byzantium by Justinian (compendium)

Byzantium - symbolic name of the medieval state, known by late Roman times as the Eastern Roman Empire. Its core consisted of land Balkans and Asia Minor, and the capital was Constantinople. Most Byzantines called their country "Romeyskym kingdom", ie the Roman Empire and the Byzantine emperor was considered the only legitimate successor of the Roman Caesarean.

Unlike Western, Eastern Roman Empire era to withstand the Great Migration, has maintained unity, developed economy and a strong imperial power. Their might Byzantium reached in Article VI. the reign of Justinian (527-565 years). This emperor tried to restore the Roman Empire in its old borders. Justinian achieve this was not destined, however, he grew almost twice the territory of Byzantium, in vidvoyuvavshy Vandal North Africa, the Visigoths - part of Spain, Ostrogoths - Italy.

empire suffered a heavy blow in the VII century. when it violated the eastern borders of the Arabs. In short Byzantium lost its richest provinces: Egypt, Syria, Palestine. Several times the Arabs have laid siege to Constantinople, but could not capture it. Successful defense stopped the advance of Arab capital to Europe from the east. Later that same Article VII. in the northeastern part of the Balkans, the lands occupied by the Slavs, a state of Bulgaria. Equally dangerous were the attacks Rus, the Normans, Hungarians, Pechenegs.

Europe in the second half of Article VI. Byzantium under Justinian 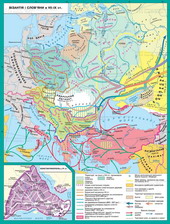 Byzantium and the Slavs in VII-IX centuries. 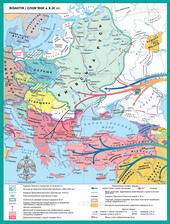 Byzantium and the Slavs in the X-XI centuries. 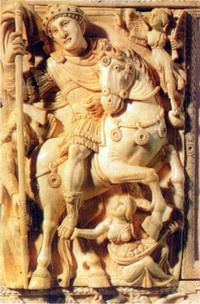 The meeting of the First Ecumenical Council 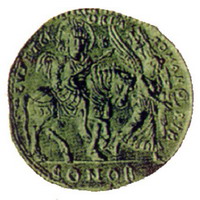 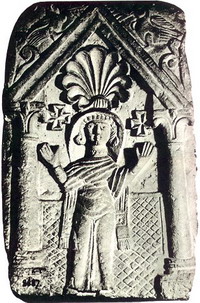 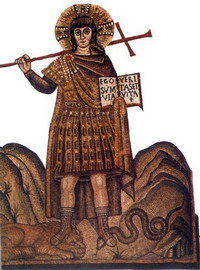 The use of "Greek fire" in a sea battle. Byzantine miniature XIV century. 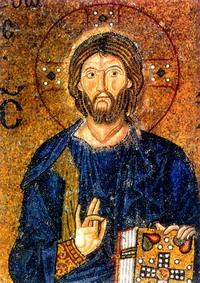 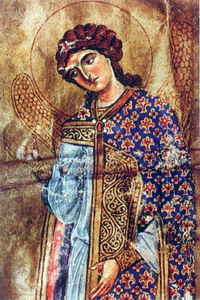 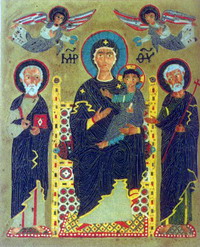 Our Lady of the Savior and the saints. Byzantine enamel X - XII centuries. 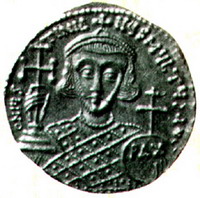 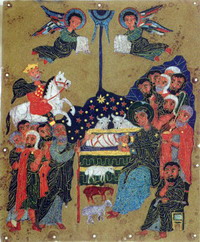 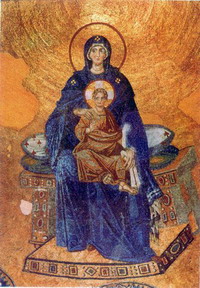 Mosaic icon of the temple sv.Sofiyi in Constantinople. IX. 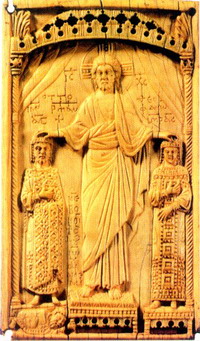 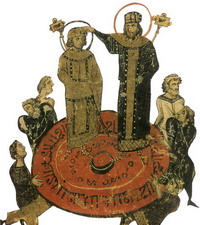 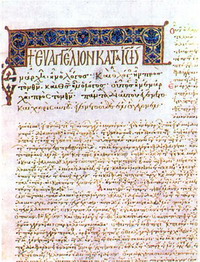 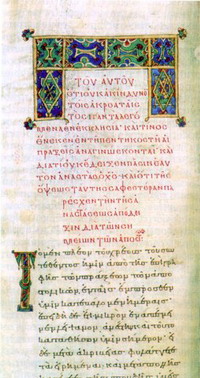 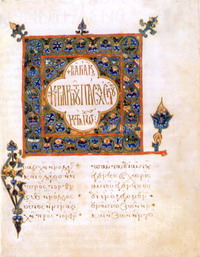 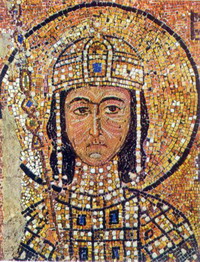