In 1848-1849, almost all of Europe was covered by a new wave of revolutions and rebellions. In January-February 1848 revolution broke out in Italy and France, then unrest spread to Germany and the Austrian Empire. Events "spring of nations" as contemporaries called these revolutions and developed in the country-specific conditions. , Again was that in most of the revolutionaries were inspired by national ideas.

population of France fought for the reform of the electoral system and to expand the electorate. However, the government took a tough stand and refused to go to any concessions. The response to this was an uprising in Paris. "Citizen King" Louis-Philippe abdicated and left the country. February 25, 1848 in France was proclaimed the Second Republic and formed the Provisional Government. He passed a law on universal suffrage for all men.

in February 1848 after the first message that abolished the monarchy in France, riots began in Germany. During these events was first put forward the idea of creating zahalnohermanskoho representative body, which was to decide on the unification of Germany. To develop zahalnonimetskoyi constitution and new government held elections to parliament zahalnonimetskoho who worked in Frankfurt from May 1848 to June 1849 During this period in many parts of Germany rozhortavsya movement in support of a constitution. Despite the fact that in March 1849 Frankfurt parliament approved the constitution of the united Germany to accomplish reunification of the country by parliament failed.

revolutionary performances in Vienna, the capital of the Austrian Empire also began after received notice of the elimination of the monarchy in France. Under pressure from the insurgent people Emperor Ferdinand I of the constitution and agreed to convene a Constituent Assembly. Simultaneously with the developments in Vienna in Austria began the national liberation performances. Revolution swept Hungary. In Prague, Czech active liberals. Croats declared intention to create their own state. Have started a rebellion in the Austrian possessions in Italy. The Austrian government to suppress these statements used the inter-ethnic conflicts and foreign aid.

Revolution in Italy began with a rebellion on the island. Sicily in January 1848 in some Italian states during the Revolution, the Constitution was adopted. In March 1848 popular uprising took place in Milan and Venice, as a result Austrian troops left most of Northern Italy. However, soon the national liberation movement was suppressed by French and Austrian invaders. In northern Italy resumed absolutist government orders and Austrians.

Revolution of 1848-1849 in Europe ended in defeat. The February Revolution in 1848 in France prevented the government of King Louis-Philippe, but did not lead to the establishment of a strong republic. In Germany, Austria and Italy national movements failed to achieve this goal. However, despite this revolution is not completely gone. Many revolutionary gains in some form survived. Constitutional arrangements in the states of Europe became the rule rather than exception. In most European countries was finally eliminated the old feudal duties peasants.

ruling circles of Europe after the defeat of the revolutions failed to restore the old order. Revolution showed the impossibility of continuing policy of the Holy Alliance. Some monarchs have adapted the idea of national liberation movements to their interests. 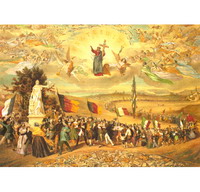 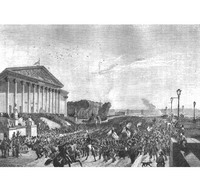 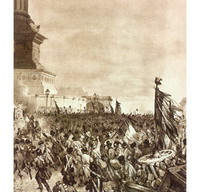 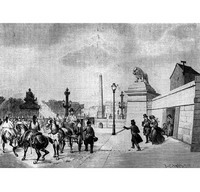 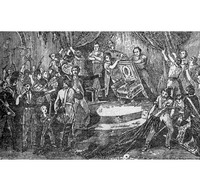 The overthrow of the royal throne 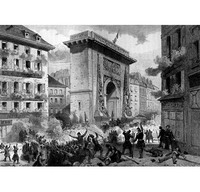 The June revolution in Paris 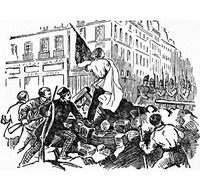 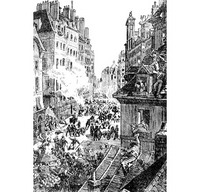 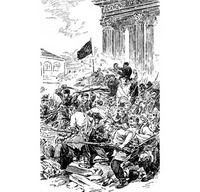 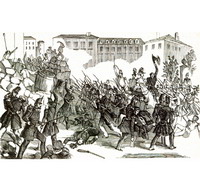 Battle of the rebel troops in Paris 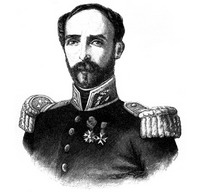 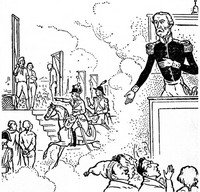 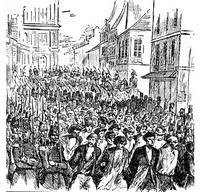 Revolutionaries are to be shot 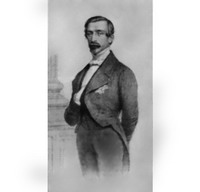 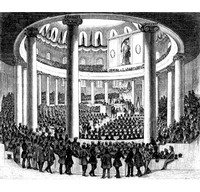 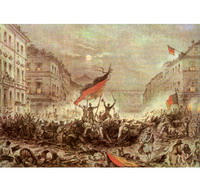 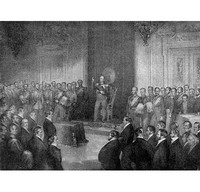 The adoption of the Prussian constitution 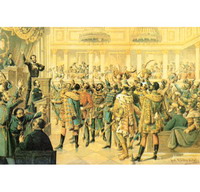 The rebels Hungarians proclaim independence of their country 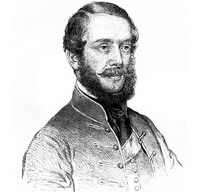 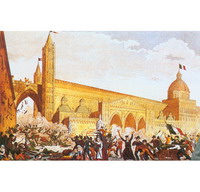 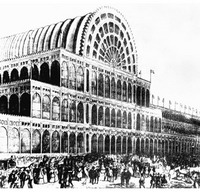 The main pavilion of the World Exhibition in London in 1851