The World in 1840-1860-ies. Formation of independent states in Latin America (compendium)

After the Napoleonic wars, relations between major countries were built on the principles established by the Congress of Vienna (1815). However, by mid century these principles were finally rejected. Man, which began to destroy the system of Vienna, was the French emperor Napoleon III (1851-1870 biennium). There was no doubt that he wants to gain fame of his famous uncle. And again, this meant France would seek not only great power status, but also try to become the first among them. Napoleon III was vigorously expand French influence in the world, was blunt challenge to England.

major confrontation between the two rivals unfolded in the plane of colonial conquest, which is even called "second Hundred Years' War." Napoleon III of France continued colonial expansion that started in 30 of the XIX century. in Indochina and North Africa (Algeria, Senegal, etc.) tried to seize Mexico. However, this did not prevent them to work together on the issue of colonization of China (Opium Wars), and especially on the elimination of Russia as an important force of European and world politics.

But still the focus of Napoleon III was Europe. He supported the liberal and national-liberation movements across Europe, trying to use them as a means of strengthening the position of France. Such a policy certainly had cause to clash with the interests of Austria and Russia.

main attack Napoleon III decided to inflict on Russia, which was the "gendarme of Europe". This was used by another Russian-Turkish war, which erupted in 1853 France, supported by England (of course with their thoughts) and the Sardinian kingdom, were on the side of Turkey. Such a turn of events did not expect Russia. The war, known as Crimean (1853-1856 biennium) for the main events unfolded exactly there has been a failure for Russia. Fighting around the perimeter of the vast territory it turned out not afford. The Crimean War was the first war of the XIX century. Where zdobuvalysya victory not only armies but also economies. It industrialized country agricultural won. The war showed that opens up the possibility of war a matter of the Industrial Revolution. The right of force has become more significant for the legal rights of monarchs. This trend in political thought called "real politics", its main principle - a stronger promotion of human injustice and weaker.

Russia's defeat has changed the balance of power in Europe. Much stronger and Sardinian kingdom of Prussia, who led the struggle for the formation of national states in Germany and Italy.

Meanwhile, France broke the balance of power in Europe, England took care of problems of its colonial empire. Pearl colonial possessions of England was India. To strengthen its borders colonialists began to capture neighboring territories - in eastern Burma and Afghanistan (First Anglo-Afghan war 1838-1842 biennium) to the west. But the main danger colonizers waited outside, but inside the country. In 1857-1859 he flashed a powerful national liberation rebellion sepoy, which further challenged the British rule in India. Only through military superiority and cruelty the colonialists could not restrain people's movement.

the construction of the Suez Canal (1869) was the way to India around Africa. The English in this way created a series of strong points, the most important of which was the Cape Colony in southern Africa.

Here they had to face the descendants of Dutch colonists - beaten. Unwilling to accept the authority of England, in 1836-1844 he was they came from British possessions and headed north. In the depth of the continent, between the Limpopo and Orange rivers, they conquered the local tribes and created two Boer republics: the Transvaal and Orange Free State.

anchor chain bases also created England in the Mediterranean and Red seas, which are then prolih via the shortest route from Europe to India: Gibraltar, Malta, Cyprus, Suez Canal, Aden.

England was an important acquisition of Singapore, located in Malacca Strait, which links the Indian and Pacific Oceans.

feature of colonial policy of England was that she owned a colony founded by European settlers: Canada, Australia, New Zealand, Cape Colony. In the middle of the XIX century. British government gave the residents of these colonies self-government rights. Colonies were called dominions.

Another important direction of British policy was the fight against the slave trade, which was banned in 1845 so, if in Africa, Australia, islands in the Pacific and Indian oceans, opposed by European colonizers mainly tribes who were still in pre-state rannoderzhavnomu or level of development, China and Japan they had to face a mighty state. However, the military advantage has allowed the Europeans to force originally rulers "open" their country and then proceed to attempt to colonize those territories.

Thus 40-60-s of the XIX century. became fateful for the future development of the world.

World in 1840-1860-their years. The formation of independent states in Latin America 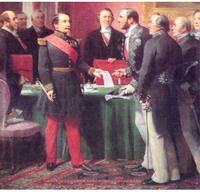 Napoleon III and the Parisians 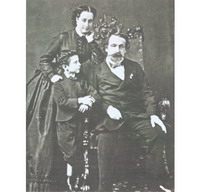 Napoleon III and his family 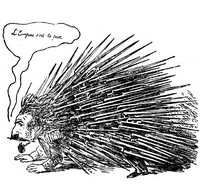 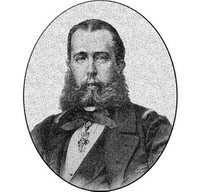 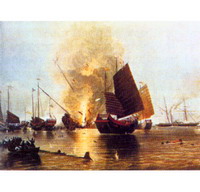 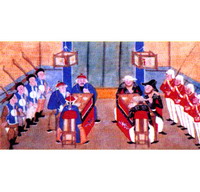 The signing of the Anglo-Chinese treaty 1842 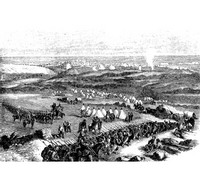 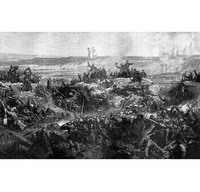 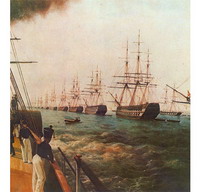 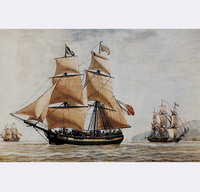 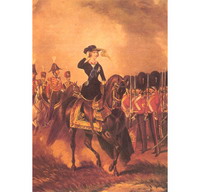 Queen Victoria in front of guards 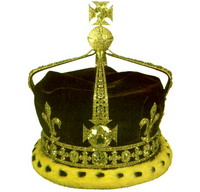 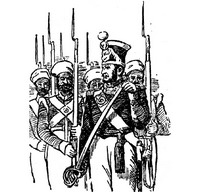 Indian soldiers in the English Service 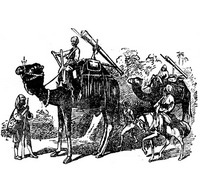 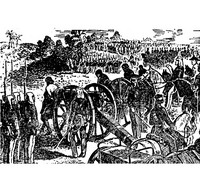 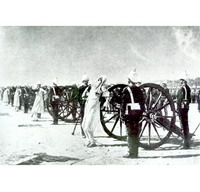 Shooting M & As (with pictures Vereshchagin) 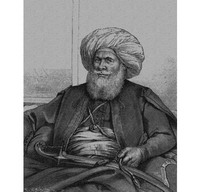 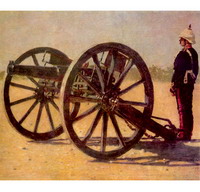 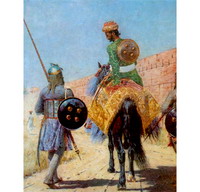 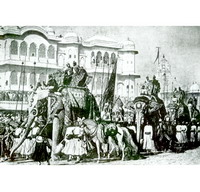 Parade of elephants in British India 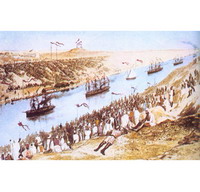 The opening of the Suez Canal 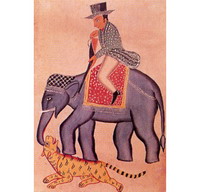 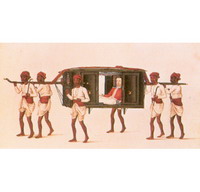 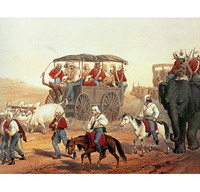 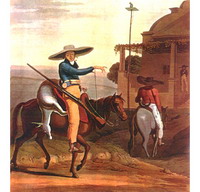 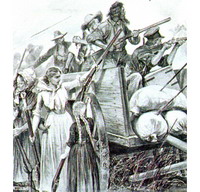 Clash of the Zulu Boers 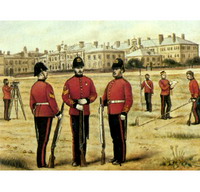 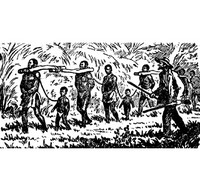 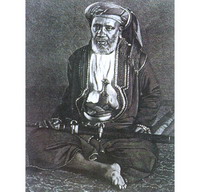