§ 9. Gender and age, racial, ethnic, linguistic, religious composition of the population of the world. (textbook)

§ 9. Gender and age, racial, ethnic, linguistic, religious composition of the population of the world.

Gender composition. Formation sexual composition of influence,  primarily biological factors. In accordance with biological laws 100 103-107 girls born boys. Therefore, in the age group 15 years dominated by boys. The mortality rate among men is higher be explained by biological features of their body, and participation in military conflicts, more severe physical-time work, greater activity in migration processes. Therefore, approximately 20-25 years the number of women and men leveled, and numerous  the advantage is on the side of women. 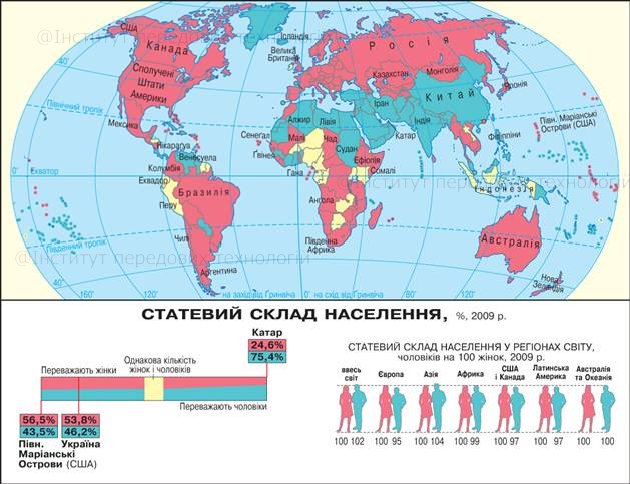 Gender composition of the population

In most countries women predominate numerically. However, in general  world for 35 million people more than men. Thus, men accounted for 50,3% of world population. Of all the regions outnumbered male population, most evident in Asia, particularly China and India as well as in several Muslim countries, the leaders among which are UAE, Kuwait, Qatar. This is due to high mortality among  women caused by social inequality of women in society, early  marriages, many children, demographic and migration characteristics policy.

For most developed countries is characterized by predominance of female population. The largest proportion of women (up to 54%) in Latvia, Estonia, Ukraine, Russia and Belarus. 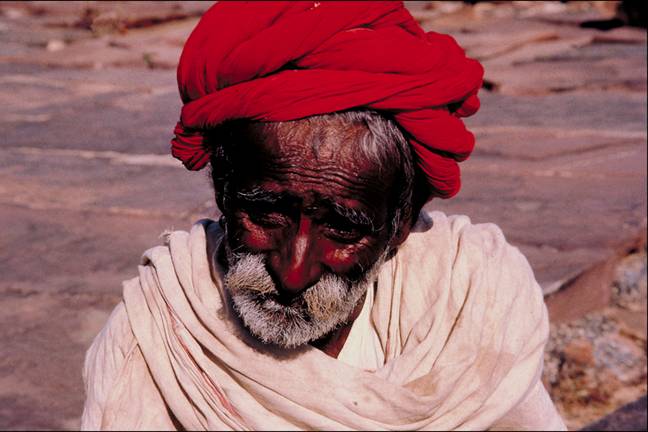 The countries with the largest share of children (50%) belong African countries - Nigeria, Uganda, DRC, Burkina Faso, Angola, Somalia. "The oldest in the world are European countries: Italy, Germany, Greece, Belgium, Spain, Sweden, the proportion of people aged over 22%. In this regard, Europe's immediate problem is the pension software that requires significant financial costs. 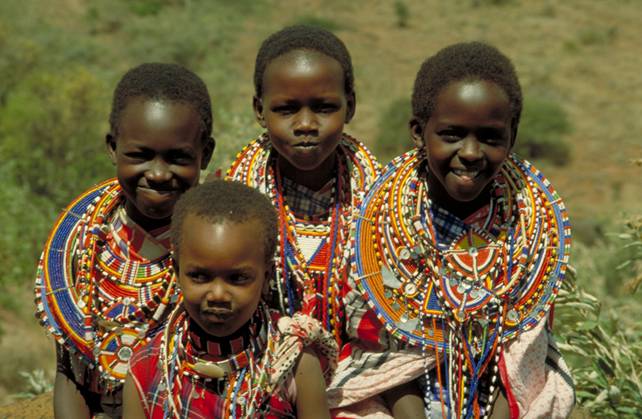 Racial differences encountered in moving the human species and its adaptation to different environmental conditions. Representatives of different races are equal, but in the world were and are supporters of the idea of advantages of one race over  different. This ideology is called racism.

Long natural history society has led to the formation of established communities of people - ethnicities. Ethnos -   historically formed in a particular area stand a bunch of people who has a stable and general features of the culture, psychological management, as well as awareness of its unity and Unlike other similar entities (self-consciousness).

According to UNESCO, on the globe are over 4 thousand different ethnic groups  of between several tens to hundreds of millions of people. Of these, only  800 reached the stage of the nation. Nation - Sotsiotsyvilizatsiyne movements that have economic, political, historical, social and other side of its operation, in its peculiar relationship form unique way of being of the people or peoples, as cultures. Nations  of more than 10 million people in the world, only 67 of them the most numerous: Chinese hindustantsi, Americans, Russians, Japanese. However, over 3 thousand ethnic groups have not yet reached the highest stage of development the vast majority of them minorities. 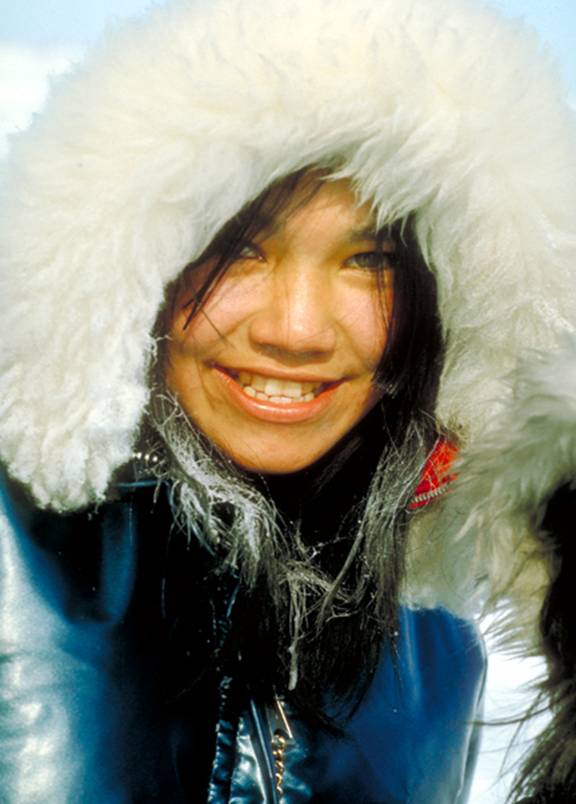 Ethnic groups do not exist continuously in time, they emerge, develop, decay and disappear. Each ethnic group closely related to natural terms of its territory and residence. By processing in human common - the nation any human group is the integration process in several stages: the family - tribe - nation - a nation. Tribes emerged during the first stages of human development. Main feature of the tribe  that all its members - relatives. Today tribes have preserved mainly in remote areas of developing countries in Asia, Africa, Latin America and the relics of the indigenous population in some  developed countries (U.S., Indians, Aborigines of Australia). Nationality of now call ethnic groups that are under formation in developing countries. Nation in the Middle Ages arose in the era formation of centralized states and is the dominant form of ethnicity.  To form a nation must have a state, the economic community,  state language and national identity.

Concept "The people" used to denote people one country, regardless of their ethnic origin. Thus, from State name synonymous all comes population with citizenship. Thus, the term "people" should not be equated with the concept of "nation" that is the highest type of ethnic communities.

In most cases in any state resident representatives of different ethnic groups. All States have taken on the basis of the ethnic divide in monoethnic (odnonatsionalni) and multicultural (multinational).

Multiethnic state - The presence of two or more habitats of indigenous ethnic groups with quantitative predominance of one of them (United  Spain, China, Russia, etc..) In the absence of a dominant predominance of one of them (Afghanistan, India, Indonesia, Nigeria) or colonization type of racially mixed population and natives (Bolivia, Colombia, Ecuador, Colombia, Mexico, Argentina, Australia, Canada, New Zealand, USA, etc...)

In the world there are people that have no statehood and peoples living area which is divided between several states. An example of such nations may be Kurds, Ossetians. 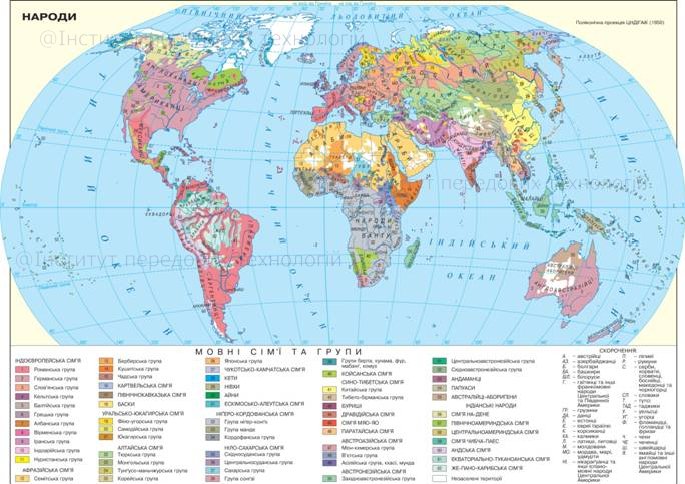 Languages of the world.

The main identifying feature is the ethnic language. Scientists believe that in worldwide there are over 2 thousand languages, that is 2 times less than people, so that not all people have "their" language. Depending on the similarity of languages individual nations to unite in groups and families.

The most numerous and widespread language family - Indo-European (over 2.5 billion people). The people who belong to it, are the majority population in Europe, North and Latin America Australia and Oceania. The most numerous groups in its structure is analising, Romance, Germanic, Slavic. 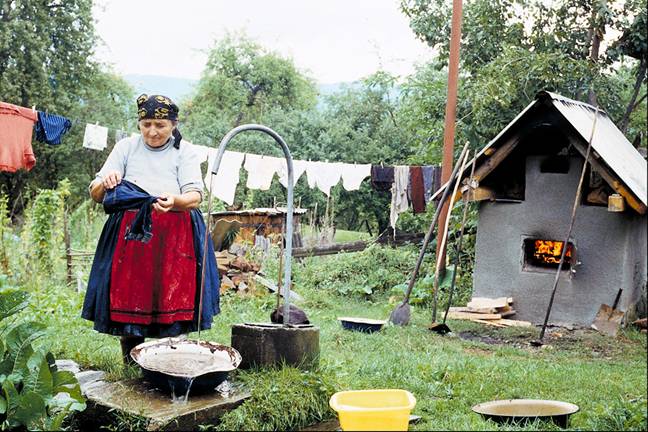 Most people in the world speak Chinese - 1 billion 200  thousand people, the second is English - 500 million people. Because the United Kingdom at the time created the most powerful colonial empire, the language has official status in 76 countries. On  third place in Urdu, Hindi - 440 million people. Hindi - the official language India, Urdu (the same Hindi, but written in Arabic) - Pakistan. Spanish spoken in 21 countries. Fifth and sixth place is shared  Russian and Arabic - 250 million people: Arabic is the official in  25 countries. In languages in which they speak more than 100 million people, also  include Bengali, Portuguese, Japanese, German, French,  Punjabi. 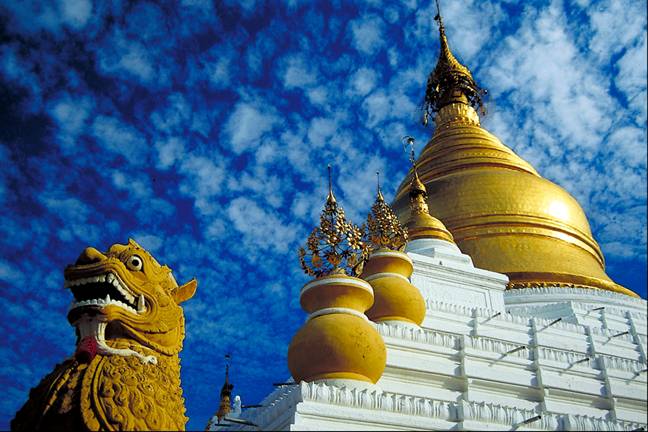 Religion - a component of spiritual life. The main function of religion -  communication of people with higher, constant - God. This relationship carried out by the church, which is a complex social institution and affecting all sides of human existence. Religions unite people common ground of beliefs, rituals, life's purpose. This ancient system social protection, aimed at oberihannya and education of children to their childhood. In ancient times, it created the basis for culture, tying together the characters, legends, prohibitions, recommendations. In  many religions importance is given to issues related to organization of life, nutrition, control of sexuality, because of these parties depends on the survival of human life. Religion defines moral standards, codes of conduct in different situations person brings a sense of confidence. The religious outlook is reflected on many elements of material culture and the economy and policy.

But religion can not only bring people together, but separate them be the cause of bloody conflicts, as is happening in North  Ireland, Bosnia, Cyprus, Middle East, the Indian states of Kashmir  and Punjab, in the Caucasus.

All religions to some extent modernized and reformed, some disappear, others appear. Each in its own way explains why in is the meaning of life, proposes to make choices, however, should make Every man alone. 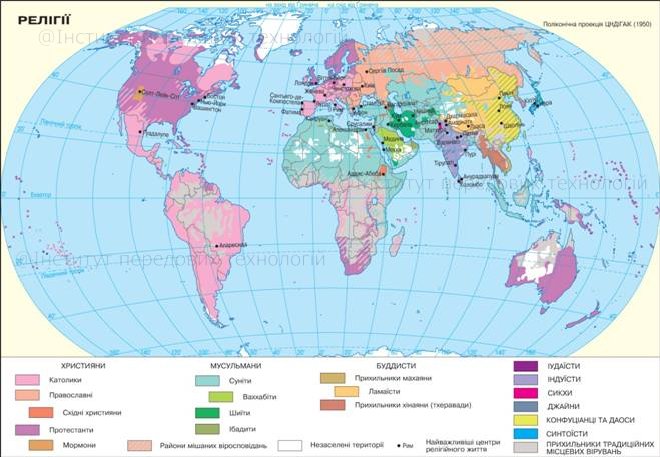 Depending on the spread in the world and all religions share the role of global and national (ethnic). Much of the world population has kept its old rodopleminni beliefs, Which include totemizm, magic, animism, shamanism. Tribal rites survived in Central America, the Amazon, Africa, North and among the peoples of Aboriginal Australia.

Today there three major religionsWho called the world: Buddhism, Islam, Christianity. They are distributed worldwide and have many faithful. 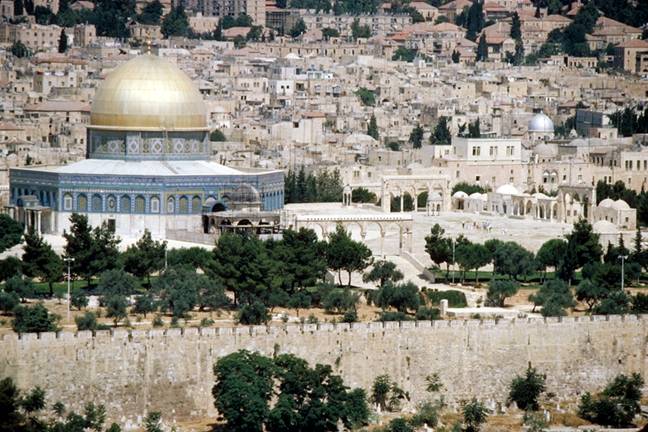 Christianity - The most common of the world religions, which adheres to almost 2 billion people, including three key areas: Orthodoxy, Catholicism, Protestantism. It emerged in the I century. still has the greatest impact in Europe, America and Australia.

In 1054 the Christian Church was divided on Catholic and Orthodox.

It happened in Byzantium after the division of the Roman Empire. Single spiritual center has. There are 15 autocephalous, Orthodox churches. He has an extensive system of holidays and rituals that somehow differ  spiritual practices of Western Christianity. 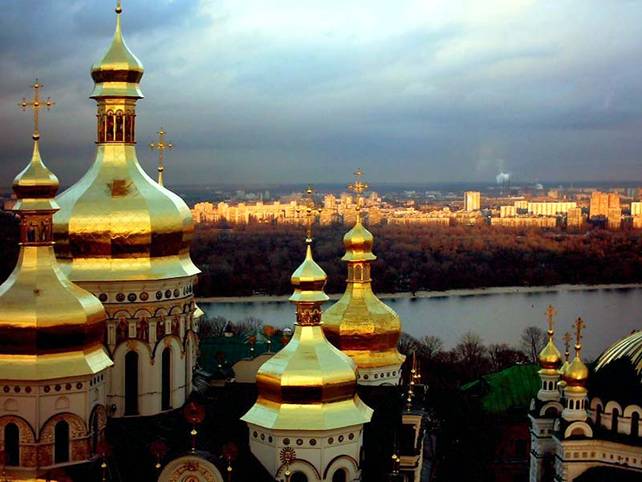 For the church organization of Catholicism typical severe centralization, the availability to world center (Holy See - Vatican), a single chapter (the Pope). Important position is monasticism, organized in orders, which carry out missionary activities. 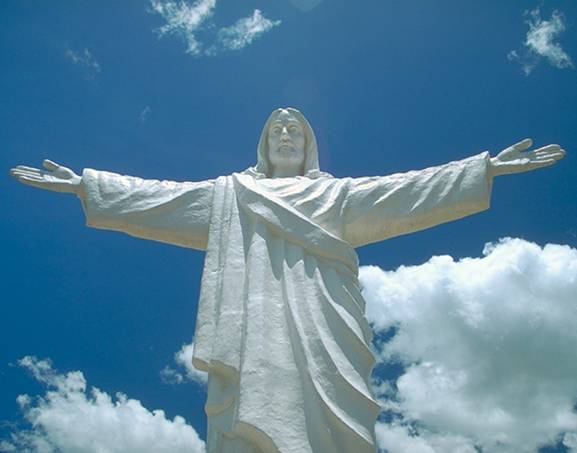 In the sixteenth century. in the Catholic Church was split, resulting in the formation of a new Protestant church. Protestants advocated direct communication with God without priests, simplified to a minimum ceremonies. New religion fit well in the new market (capitalist) relations. Protestantism is widespread in northern Europe, Germany, North America. Most Protestants in the U.S. (70 million people), UK Australia. Protestantism is a large number of individual churches and  directions.

Islam, or Islam, appeared in the VII century. among the Arabs - the indigenous inhabitants of Arabia. Islam knows no division between secular and spiritual. Governments Muslim countries are led by Sharia - arch Laws of Islamic law. In Islam there are several trends that often conflicting with each other: shyyizm, sunizm, Wahhabism, Sufism and others. 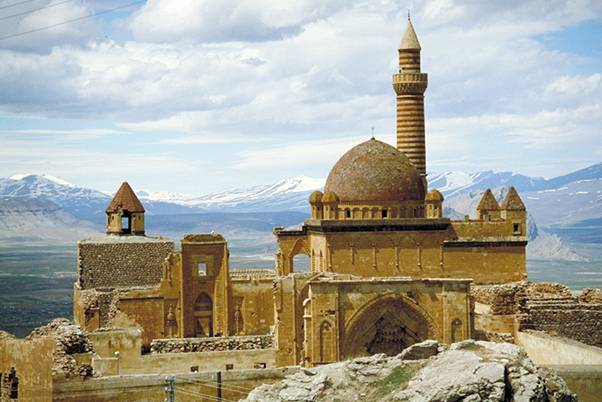 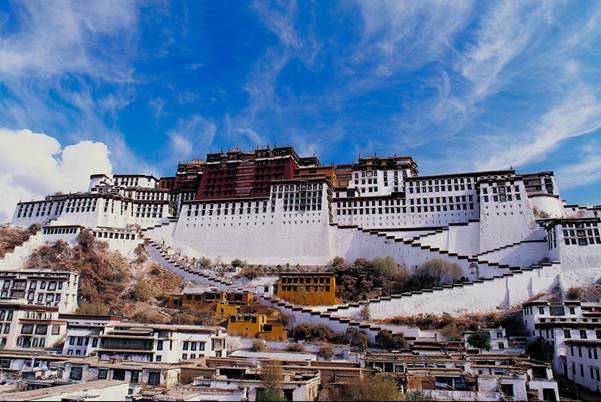 Judaism (Judaism) - One of the first monotheistic religions that originated in pre-. BC in Palestine. Common among Judaism Jews, Israel, USA, Russia, Ukraine, Argentina and other countries. Sacred place for Jews was Jerusalem, where pilgrims go to pray at the Wailing Wall - the remnants of the ancient temple. 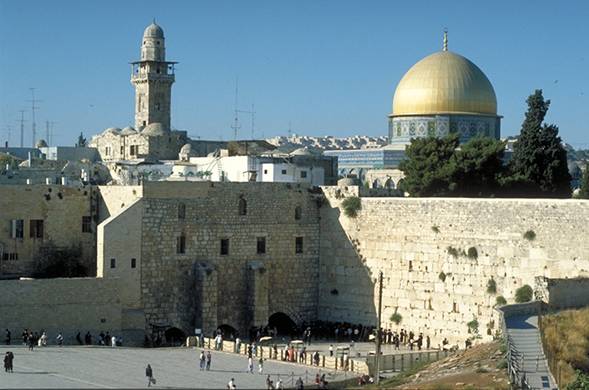 Hinduism - The national religion of the inhabitants of India, Nepal, Bangladesh. It originated from ancient religions in 2500? 1500 years BC. e.  Hinduism is vishnuyizm currents, shyvayizm, shaktyzm. 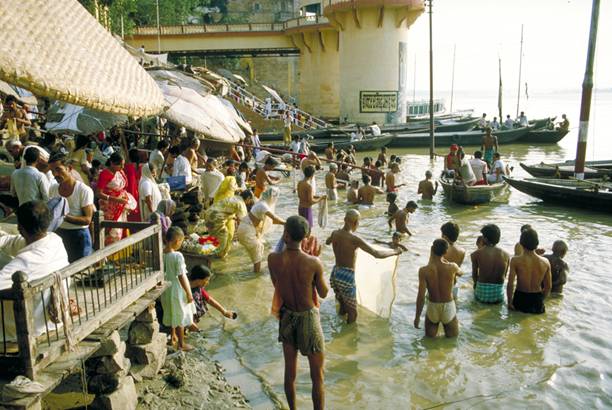 Taoism - Emerged as a doctrine and became popular in China and Vietnam.

Confucianism - Significantly affected the traditions, religious and daily life of China, widespread in Vietnam, Korea. Based on the teachings of Confucius and designed to bring harmony between heaven, earth and man.

Shintoism - The national religion of Japan, first referred to in Article VII., translated from Japanese means "the way cute Kami. Kami - a sacred force that is everywhere in the universe. In Shintoism trace two parts - a temple and sectarian Shinto.