§ 14. Natural resources of the oceans. (textbook)

§ 14. Natural resources of the oceans.

Oceans Throughout human history, play a 'vital role  in human life. Natural resources of the oceans are divided into four Groups: 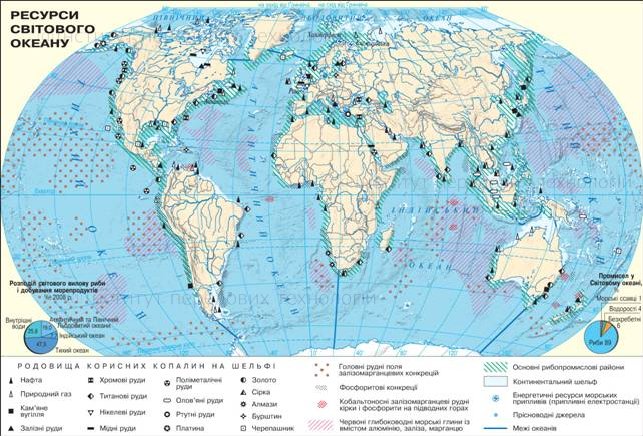 Every cubic kilometer of seawater contains about 35 million tons  solids, including about 20 million tons of salt, 10 million tons of magnesium, 31 tons of bromine, 3 tons of uranium, 0,3 t silver, 0.04 tons of gold. Total dissolved in seawater more than 70 chemical elements, ie  2 / 3 of the known world. Most of the water in sodium, magnesium, chlorine and calcium.  However, only 16 items have a relatively high concentration of Yi practical value. Sea water - the only source of extraction of bromine, in water  it is 8 times more than the earth's crust.

Seawater using desalination technology can be used to replenish stocks of fresh water.

In the ocean are widely represented biological resources: 180 thousand species and 20 thousand species of plants. Large biomass of marine organisms -  36 billion tons. Her number tenfold increase from the equator to poles. This is because cold water organisms in larger sizes  and faster play. 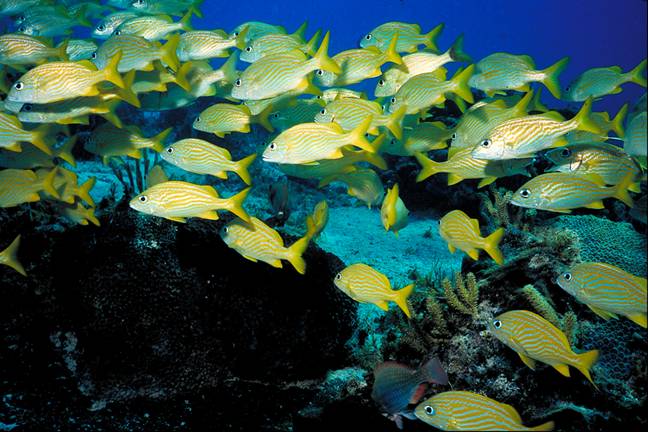 Over 85% of ocean biomass, the person who is on fish. The biggest catches in the Pacific Ocean and the Norwegian, Bering, Okhotsk and Japan Seas. Scientists believe that virtually all marine  Algae can be used in food. Most of them are storing China, Japan,  DPRK. But today the oceans to mankind, only 2% of the products nutrition. 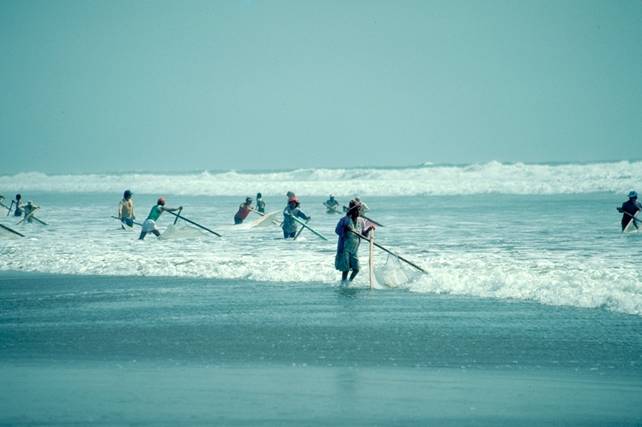 As the use of biological resources of the sea in many countries than their natural reproduction, in many countries, common type  activity is the artificial breeding of fish, shellfish (oysters, mussels) crustaceans and algae, called mariculture. It is common in  Japan, China, India, Indonesia, South Korea, USA, Netherlands and France.

Mineral resources of the oceans are divided into three groups. First, the resources of marine mineral resources (natural gas, oil, coal, iron ore, tin). Half the world's oil reserves account for marine deposit, which is a continuation mainland. The most famous offshore deposits of the North Sea and the Persian Gulf. Perspective is the shelf of the Barents Sea and Sakhalin. Already 1 / 3 Oil is produced from offshore fields. On the shelf as coal (UK, Canada, Japan, China), sulfur (USA). In addition, action of waves and currents of the destroyed coastal seabed, which is source of coastal placers (alluvial deposits), which contain diamonds tin, gold, platinum, amber. Mineral resources can also be extract of the sea - building materials, phosphorite, iron-manganese nodules. Iron-manganese nodules with dimensions 5-10 cm in diameter, their shape usually round or flattened. They dip at depths of 100-7000 m. Common in the Pacific are, Indian, Atlantic oceans. Total ore fields occupy 10% area  Ocean Floor. Their production technologies have been developed but not yet are used widely. In areas of the Mid-ocean ridges in places of hot springs are concentrated significant reserves of zinc ore, lead, copper and other metals.

Alluvial diamond deposits known in the southwestern coast of Africa. Here. At a distance of 1600 km in sand and gravel deposits shelf and coastal terraces appeared rich deposits of high quality diamonds, which stocks are about 40 million carats. Auric Sands is on the sandy beaches of the Gold coast of Alaska, off the coast of Canada, Panama, Chile, Brazil, Turkey, Egypt, India and Australia. Platinum  Sands known on the coast of Alaska, India, Australia and Brazil. High nodules can save up to 30 different elements, including manganese (25-30%), iron (15%), nickel (12%), copper (1,2%), cobalt  (0,3%). Amber (solar stone) be brought waves of the Baltic and North Sea coast of Finland, Sweden, of Denmark, Norway, Netherlands and the eastern part of the British Isles.

Major is mechanical energy resources: hydropower potential tide over potential of all rivers of the Earth, and wave energy 90 times  more energy tides. Thermal energy resulting from differences  temperatures of surface and deep water. This difference should be not less 20? S. The maximum value of the tropical latitudes. However, modern level of science and technology still is not profitable the mechanical and thermal energy of the oceans by excluding energy and ebb tides. Tidal power built in France, USA, China and Russia. 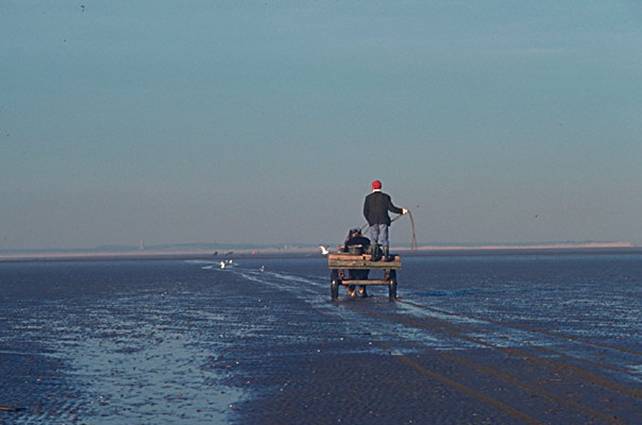 The use of all ocean resources is accompanied by pollution. Particular threat is oil pollution and oil as a result of dumping of waste from ships, tanker accidents,  losses during pohruztsi and rozhruztsi. Every year it gets into the ocean 10.5 million tons of oil film formed on the surface of ocean water, inhibits biosynthesis process, violates the biological and energy ties. In addition,  pollution of the oceans associated with the dumping of toxic and radioactive waste, testing different weapons. Also, significant amounts of pollution coming from coastal waters. Annually this way to the ocean gets over 320 million tons of iron salts, 6,5 million tons phosphorus. Almost a third of fertilizers (30% potassium, 20% nitrogen, 2.5%  phosphorus) are washed away by rain water and submitted in the sea and rivers oceans. Sea water, saturated with nitrates - a favorable environment for unicellular algae, which, forming layers of huge (up to 2 m thick), hamper access of oxygen in the deep horizons. This causes stay one fish and other organisms. A significant number of ocean pollution  associated with industrial and household waste. The problem of oceanic waters applies to all countries, even those who do not have direct access to the sea. Protection and rational use marine environment is the subject of international cooperation.